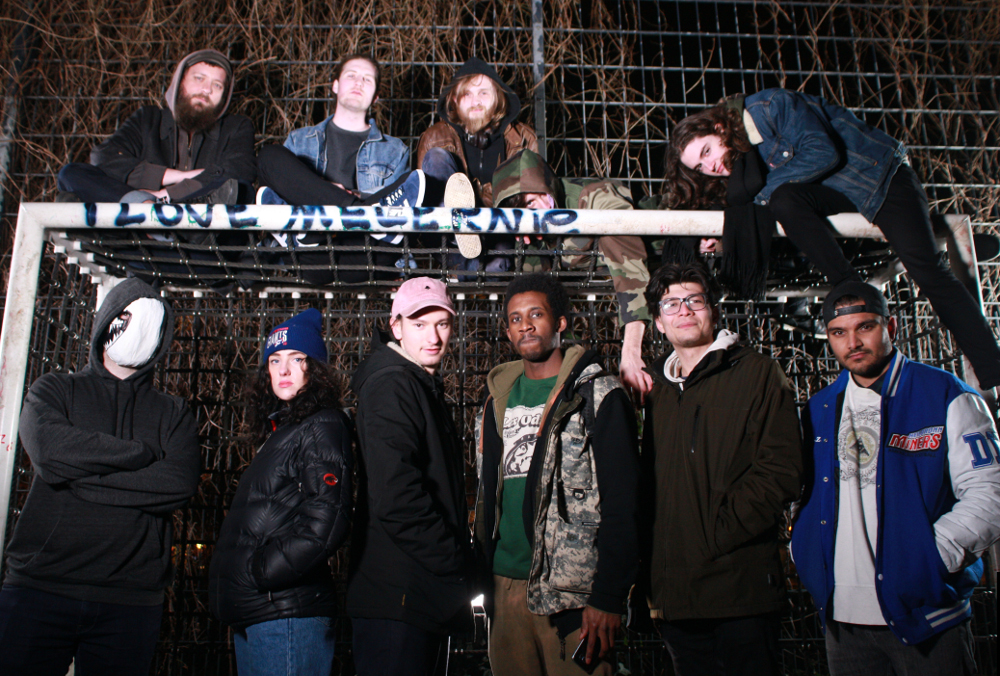 “It’s not like hip hop wasn’t there – German hip hop is massive in Berlin. But within the expat community, we weren’t seeing so much. So, [Lex and I] talked about how we’d like to get a collective going and bring the diversity of live hip hop to the Berlin mainstream audience. By March 2017, it was happening. The idea was that we’d all bring something to the table. If one artist does well, the other artists are gonna be pulled up a little bit too.

Hip hop’s a genre that’s always got its roots in its location. Ours is a bit different because most of the crew are expats. I think that makes it more interesting in the way they interpret Berlin: Maura Souloud presenting Homie with double bass, guitar and a jazz drummer; the lo-fi hip hop of Bitte Please; Lexodus with full band playing classic UK hip hop; Rizzo & The Members Club’s fast-paced dark alternative hip hop, and Berlin Untelevised, the most collaborative part of the show, with rappers from other performances spitting over guitar or bass loops. Instead of having it start at eight and finish at 11 with two acts, we make a night of it. It’s hip hop done in all different facets, and people can treat it as a club night, a concert, however they want to enjoy it.”