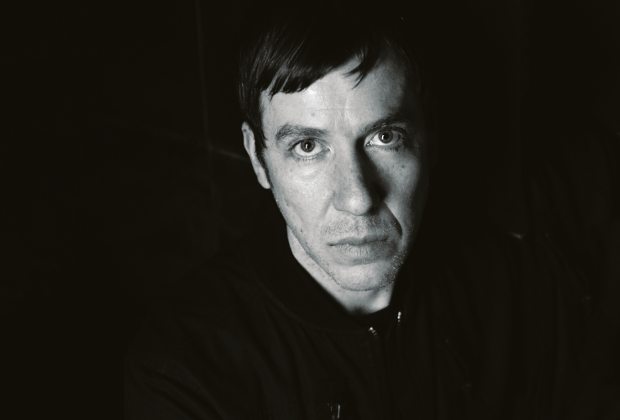 Ahead of his gig at Berlin Atonal in August, Death in Vegas’ Richard Fearless chats about latest release Transmission, playing Berghain and the state of the British music scene.

Death in Vegas’ journey has been anything but stagnant. Since Fearless formed the outfit in London in 1994, he’s worked with a range of artists to create genre-spanning music from the rock-heavy The Contino Sessions, featuring Iggy Pop, to the more minimal electro of Satan’s Circus and Trans-Love-Energies. Fearless even found time for a seven-year intermission in New York, where he experimented with writing lyrics for self-created side project Black Acid. He premieres Transmission at Kraftwerk as part of the Berlin Atonal festival (Aug 24-28).

What are you transmitting with this album?

We bought this radio to pick up emergency signals, air traffic controls for instance, because my studio, the Metal Box, is in a flight path. All the white noise that I picked up on the radio is used lots on the first and last track. The idea with “transmission” was about me transmitting these signals.

Why the choice to feature vocals by actress and ex-adult film star Sasha Grey?

To me, Sasha sums up a lot of the things in the world that I don’t necessarily understand. For instance, she has 2.5 million kids following her on Facebook; I’m in [my studio] on my own. It made sense for me to work with someone like Sasha. When I first watched the video of her interview, she talked about her poetry, so I knew she wrote. I was just taking sections to make them work with the music.

Have you got a favourite song on the album?

The first one, “Metal Box”, and the last track, “Transwave”. I’ve always been fascinated with the darker elements of life; when I was studying photography one of the first photographers who really had an effect on me was Diane Arbus. She was photographing prostitutes and freaks, but giving them a real sense of empowerment. She was searching for the light and beauty in the darkness, and I think those two songs have nailed that.

Having recorded the album in London almost seems contradictory.

The studio for my last album was in Shoreditch. I found it really oppressive being in the middle of the city. But this is quite a magical spot where I am right now, and it took quite a while to find it. Outside my studio, there’s the River Lea, the River Thames, and a lighthouse. It’s a very industrial part of the Thames – it really helps. There’s a steel factory right across from here, and the noise of the factory is all very inspiring.

Have you played much in Berlin?

I haven’t. I played at Panorama Bar a few months ago, and it was the first time I’d ever been to Berghain. It just makes playing everywhere else seem like an anti-climax. I was in there for about 13 hours and didn’t see one person being hassled by security. I was at a club the other day in London and literally all I could see was spotlights through the dancefloor where security guards were shining their torches. It seemed so backwards. The attitude towards drugs just needs to really get with it. I feel like a lot of lessons could be learned from Berghain.

Does the growing popularity of techno and house influence its quality?

To me, 90 percent of music being made is pretty shit. I think there’s always people trying to latch on to the sound and not quite getting it right, but those select few intuitive people are always going to be there, making stuff that’s a little bit different to everyone else, but it’s not quite as accepted. Look at Death in Vegas’ album State Circus. When we did that, we got dropped. And now, how many years later, people are saying that it’s such an influential record. Sometimes it’s the people who are doing stuff that’s a little bit ahead of their game that aren’t appreciated.

A big part of the decision to do it was the space. The huge screen they have was a big selling point. I’m putting together a visual accompaniment to go with the music, so I think the music is going to enhance the visual side more than the other way round. I want to do something that’s challenging and I want to re-position the band to the point when I first started it, when it felt like I was doing something different. That was my main objective with this whole album – to try and make it more relevant to myself and not feel like I’m dragging a dead horse around with me.