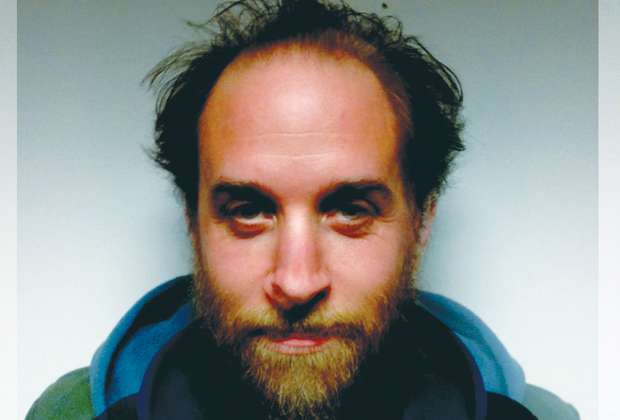 Splitting his time between Berlin and Toronto (as well as myriad ensembles), guitarist/composer/poet Aidan Baker, best known for his work in Nadja, marinates in a drone-y stew that also encompasses metal, improv and various -gazes. But one of his latest missives, Already Drowning (Gizeh), is ostensibly more song-based and features a bevy of female vocal all-stars, including Jessica Bailiff and Carla Bozulich, though he’ll have to fend for himself at the record release party at Schokoladen on Friday, March 1.

No, that’s not true. Nadja did an album entirely of cover songs (2009’s The Sun Always Shines on TV on The End Records) — we covered A-Ha and Kids in the Hall and stuff like that. Of course it’s heavy and depressing, but to us it was a joke.

Did people get the joke?

Some people did. I’d say it was probably 50/50. We’re part of a scene that’s pretty serious and lacking in humour in most regards.

The drone can carry with it a certain amount of self-important baggage.

I think the drone element comes more from my rejection of classical as I studied it as a teenager. I was playing classical flute, which has a very specific repertoire and a very specific – well, I’m gonna say boring – stream to it. I used to play weddings and invariably there would be some older dude saying, “Hey, can you play ‘Aqualung’?”

And, of course, you then would play “Aqualung”.

No, I deliberately didn’t learn it. I had a few, err, arrangements like John Denver and Willie Nelson: not syrupy love songs but, you know, “You Were Always On My Mind”, appropriate songs for signing the registry while the bride and groom are sitting there. While I was doing flute on one side, I was teaching myself guitar on the other side, playing punk tunes.

One aspect your new album does appear to take pretty seriously is feminism.

Um, yeah. Well, all the songs are based on different folk tales about water spirits that are almost invariably female. And I got that from various readings I was doing – a lot of Angela Carter, who’s very feminist, for lack of a better word. Another influence on the lyrics was Philip K. Dick, who most people do not consider a feminist by any stretch, but there’s a book about the women in his life and he had a twin who died at birth who was a female, so he always had this weird sort of lost twin feeling – one of the songs is called “Mein Zwilling, Mein Verlorener” (“My Twin, My Lost One”). And A.S. Byatt, who also reworks a lot of fairytale writing. And actually walking around Berlin, there are a few different statues that have water nymphs and water spirits in them.

Yeah, the cover one – actually, my wife Leah [Buckareff, also in Nadja] thought it was maybe a little objectionable and that I should probably talk to the vocalists before using it, which I did. But no one really had any objections to that, so it was okay.

Which vocalist sings “Mein Zwilling, Mein Verlorener”, the track connected to the cover?

That’s Joanna Kupnicka, who is German, actually, so she didn’t seem to think anything of it. But yeah, there’s one [statue] in Alexanderplatz with Poseidon that has a bunch of nymphs sort of frolicking around, taking it directly from mythology and everything and it’s still kind of dirty. Dirty and oppressive, yeah [laughs].