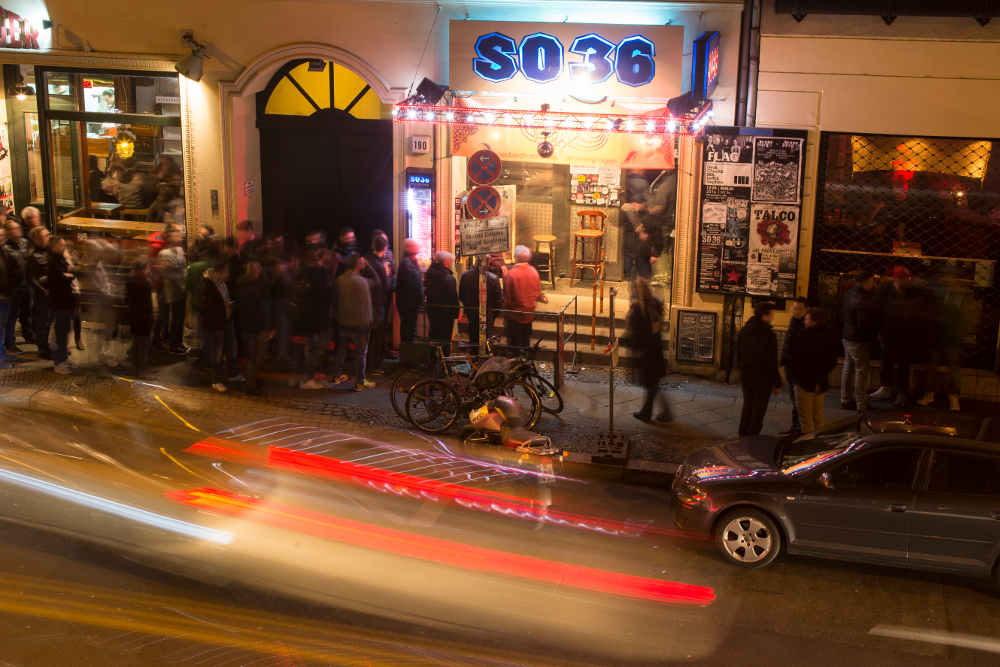 Congratulations, “Esso”! Eight protagonists from all four decades share their thoughts and memories ahead of the anniversary party on August 11. 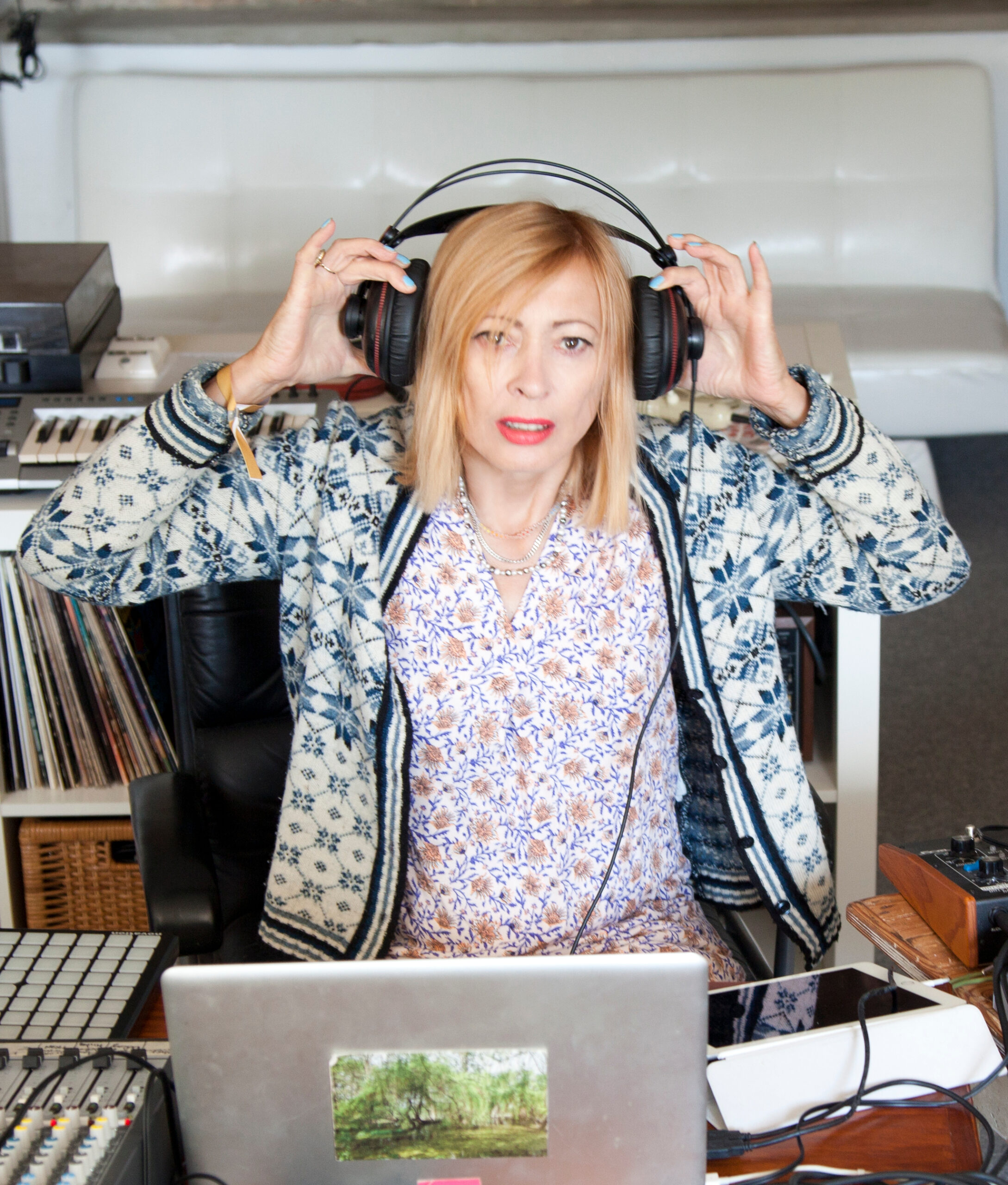 GUDRUN GUT (ex-Malaria! member 1981-1993, part of early scene at SO36) “SO36 is part of my youth. We played there a lot – first with Din A Testbild when it opened and then often with Malaria! in the 1980s. We rented SO36 to organise festivals or simply to perform. I saw lots of concerts there – great music from Berlin and the entire world. Tödliche Doris, Neubauten, Kippenberger Kunstrock, punk rock, Throbbing Gristle, The Contortions, The Liars… I’ll always remember the sound of empty beer cans being kicked around after the concerts when the green neon light was switched on. Happy Birthday!”

LILO UNGER (member of staff) “I’ve been part of the queers at SO36 since 1997. It might sound corny, but all the “SO36 bleibt” signs all over the Kiez and beyond, Soli concerts everywhere in support of the noise protection wall [which was installed to keep SO36 from closing in 2010] truly touched our hearts. I got to know many who ran SO36 before us and was so impressed by their ideas and spirit. I hope to see them again at the birthday party.”

WOLFGANG MÜLLER (ex-Die Tödliche Doris, part of early scene at SO36) “SO36 has always been locally entrenched – without being or becoming provincial. It’s this rootedness that strengthened it’s finely-tuned grasp of new social and artistic developments all over the world. SO36 in one word: ‘glocal’.” 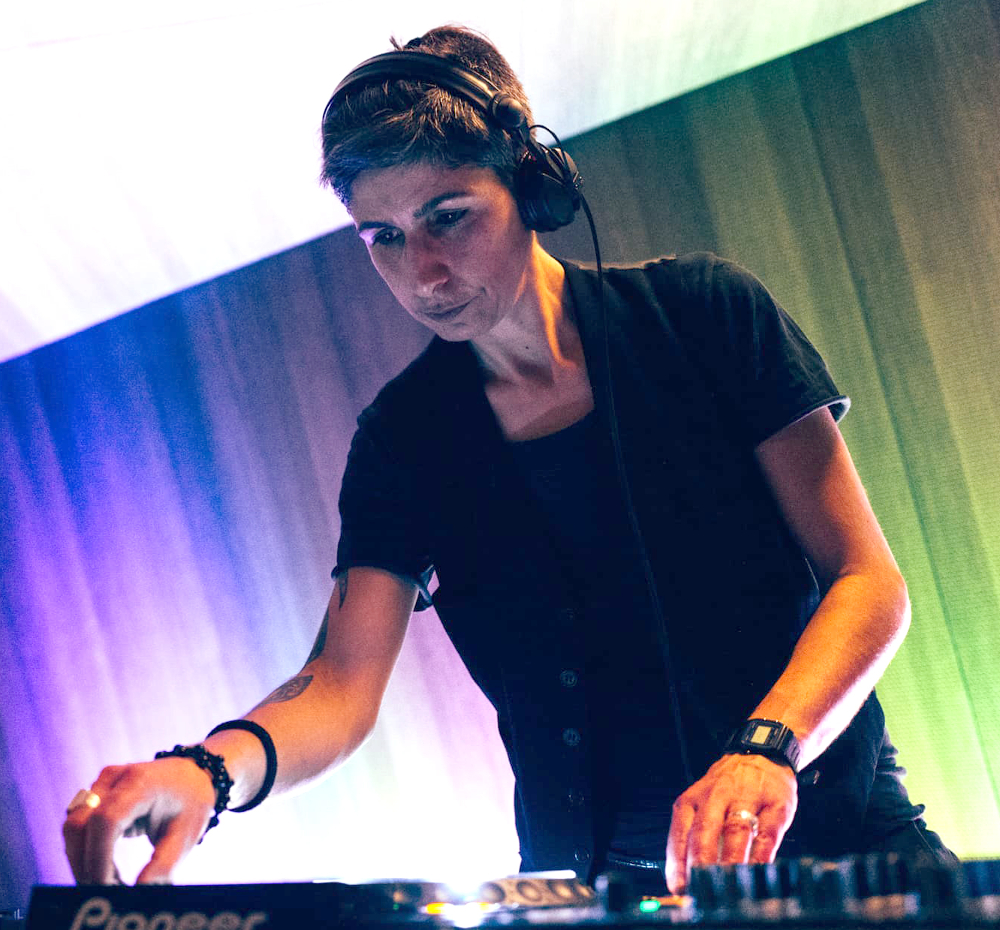 DJ IPEK (resident DJ at Gayhane since 1997) “One day at SO36, Richard Stein [who now runs Möbel Olfe] asked me if I wanted to DJ at the first Morgenlande Schleiertanz – Queer Oriental Party. I had never done this before! “It doesn’t matter,” he said. I had no CDs, only cassettes. “Then bring your cassettes,” he said. Since it was usually me begging DJs to play Turkish music, it was the perfect opportunity and a great honour! The party lasted until 8am. I’ve been a resident at SO36’s Gayhane for 20 years now, and feel very grateful to both. I just love this place.”

INGE BORG (drag queen host of monthly Kiezbingo event) “Sometimes I feel like as long as there are social projects in this city that rely on a little dough, but can’t get official funding, Gisela and I will continue to host Kiezbingo. However, SO36 persistently denies us old transvestites a stair lift to heave us onto the stage.” 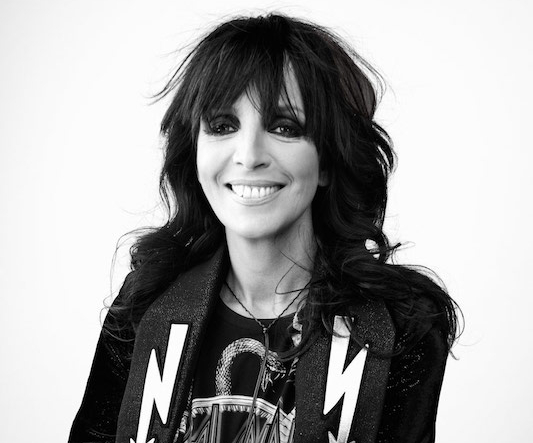 NENA (musician, lived in Kreuzberg 36 in early 1980s) “It used to be totally white. I remember exactly how it looked – there was one long bar and an unbelievable number of neon tubes. It was totally bright, not cosy at all. But there was that attitude there – a feeling of freedom and openness that was like a present for me. And punks were just everywhere. Some took to the streets, some rioted, some just went to ‘SO’. This was where I could just breathe it all in.”

BASTIAN “MUTTI” KRONDORFER (Electric Ballroom promoter, member of the club’s board from 1995-1999) “Introducing a regular techno all-nighter in the middle of Kreuzberg’s traditional hardcore venue was a kind of kamikaze mission. But a year later, in 1996, when visitors of a punk concert left and simultaneously the dance crowd poured into SO36 I thought: ‘Wow, this is my club.’” 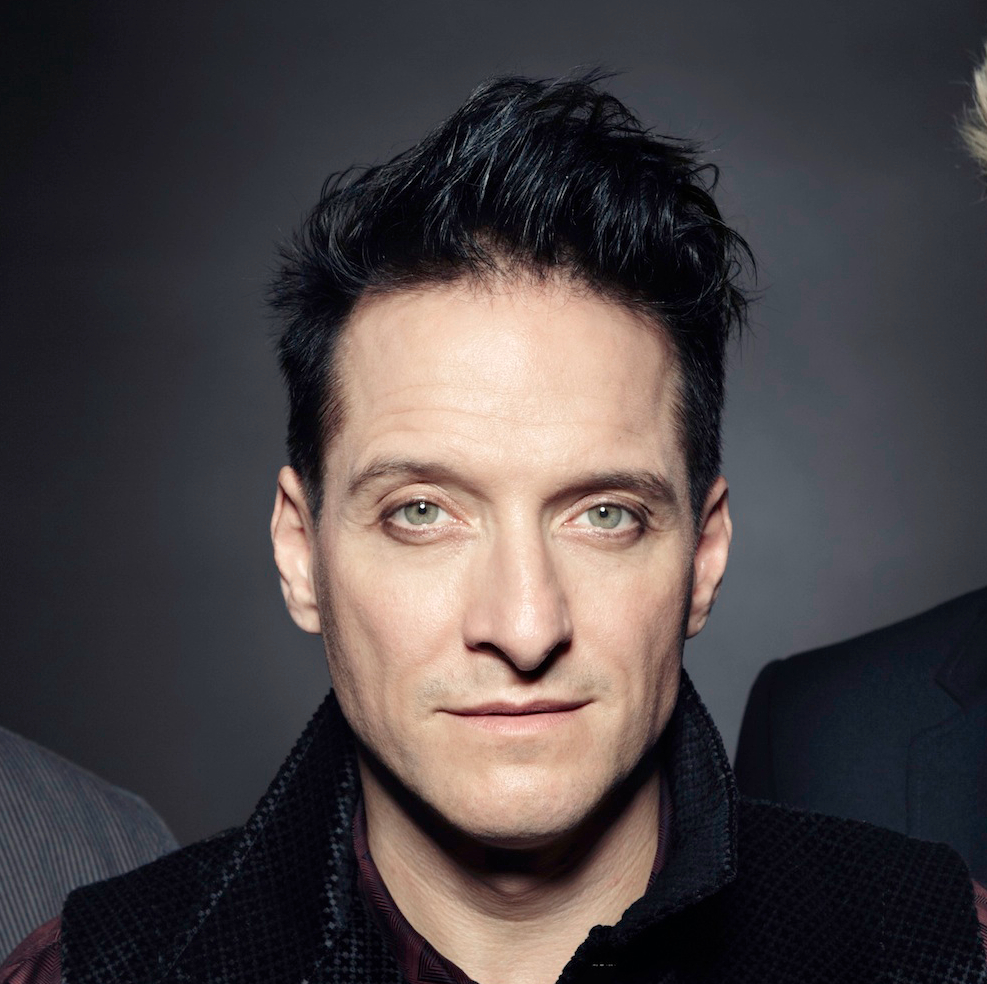 BELA B (drummer, Die Ärzte) “Winter 1981. My band Soilent Grün was booked at a German punk concert night. We had just gotten a new guitarist a week prior, but only now I realised I didn’t have his number. He lived in Frohnau, and his name was Jan Vetter. So, I had to play the guitar and a friend stepped in to play the drums. From the stage, I saw the sound man repeatedly hitting the soundboard with his head in despair. Every concert I have played at SO since, most of them with Jan Vetter (who changed his name to Farin Urlaub), has been an apology for this evening.”