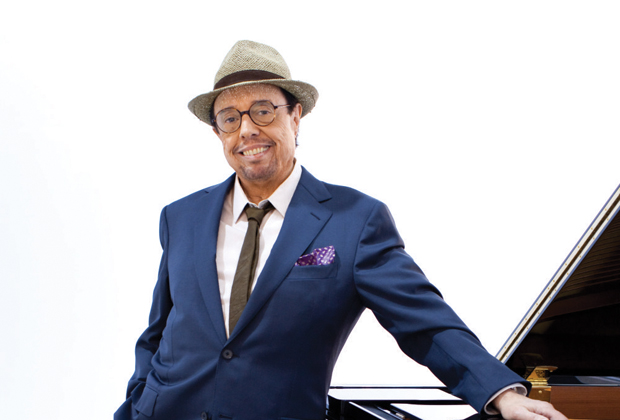 Mendes is back in Berlin for the first time in decades, with a large band dedicated to his entire repertoire. As he’s lived through many a summer, a season the current Exberliner is exploring in depth in its current issue, we thought we might lean upon his expertise.

Do you have a favorite summer cocktail?

No, I’m a wine drinker. I love great wines. It doesn’t have to be summer. I’ll tell you something as a journalist – you’re gonna love this one. When I was a kid, there was a drink that was called – I’m talking about in my teens, you know – that used to be called Samba in Berlin. You know that one (laughs)? It was sort of like rum and Coca Cola.

It was horrible. I don’t know why – because you know, Coca Cola is everywhere. And not rum, actually – cachaça. Samba in Berlin was very, very popular. Maybe I should write a song called that.

They love poorly made caipirinhas here.

I’m a wine drinker. I won’t touch that.

How about summer-y art?

Well, you know, the first song I wrote was called “Noa Noa”. I was inspired by Gauguin’s life. So in those days in Brazil, I was very interested in the French Impressionists. And Gauguin, Matisse, Cézanne and all of that. And I loved that very much – and I still do, of course. And then, you know, Picasso and all of that. But it’s curious that my first song was written for a great painter.

Have you had a particularly favorite summer in your life?

Oh, many, many, many, many.  Wow. You know, I usually go to Brazil in December, which is a big summertime down there. And then comes New Year’s. And I have a friend of mine: there’s some islands, south of Rio called Angra dos Reis – beautiful place, gorgeous.  So, going there for me has always been one of the best experiences of my life. There’s a beautiful ocean, the turquoise waters, the mountains, and everything this is so…I think my best summers have been at this place. But, you know, I’ve had some others summers that have been very good, too, like in the South of France.

Sounds as if summer has blessed you.

There are places that are difficult during the summer: for instance, Tokyo is very hot and very humid, although I love Tokyo. In Brazil, it’s very humid, but everyone’s on the beach, so it doesn’t matter.

Do you have a favorite ocean?

I would say the South Atlantic on the coast of Brazil. You know, there’s another place that I like very much: it was Spain, around Ibiza. Beautiful waters, nice people – I had one great summer there, as well.

You must be a hell of a swimmer.

That much is certain.

Being Brazilian, it’s always summer down there.  That’s why people are so happy. The sun shines the whole year round. There’s no winter (laughs). Same thing in California, by the way. I guess I’ve been following the sun all my life.