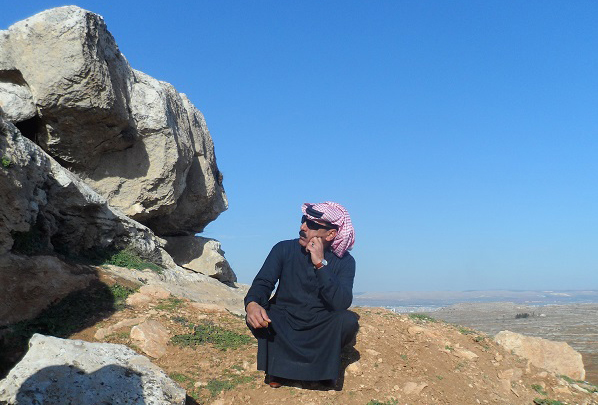 Hailing from a small village in northern Syria where for years he plied his trade as a singer at weddings, performing his updated take on dabke, his country’s traditional dance music, Omar Souleyman has since come to the attention of the Western music world thanks to a 2006 compilation from Seattle label Sublime Frequencies. His newest and most high-profile album to date, Bahdeni Nahmi, out since July 24 on Monkeytown records and featuring production work from Four Tet, Gilles Peterson and Modeselektor, is only one of the estimated 500 albums he’s made, many of them live recordings of wedding parties that he gives as presents to the bride and groom.

But it’s as a live act that Souleyman truly shines – his hypnotising dance music thumps with an incessant electronic drum beat and frenetic keyboard and saz work from his collaborators Rizan Said and Khaled Youssef, all framing Souleyman’s plaintive crooning about love won and lost. He’ll be headlining the By The Lake Festival on August 29 at the open air stage at Berlin Weißensee, organised by members of Danish band Efterklang and featuring an impressive lineup including Liima, Lonnie Holley, Burnt Friedman and Jake Liebezeit, and Wildbirds & Peacedrums. Five years after our last interview, we caught up with the singer.

You’re playing a lot of festivals this summer, but previously your career centred around performing at weddings. Do you ever miss playing smaller, more intimate shows?

I still sing at many smaller shows. Even some shows in the Western world that I do are smaller and in small clubs. As a matter of fact, I have never stopped being invited to sing at weddings, but there are far fewer people getting married and celebrating in general among us.

What would someone have to do to get you to play at their wedding now?

Well nothing really. Just invite me. I had a very big wedding invitation in New York last summer and it was my first one in the west. A very special man, not an Arab man, was getting married. But he decided to invite me quite late so that my visa came through one day after his wedding and I didn’t make it.

These days, you’re often playing for people who might not understand your lyrics or the traditions of Syrian music. Are there any cultural and language barriers that can’t be overcome?

No, there aren’t any barriers – at least for me. My audience has a good time, all of the time.