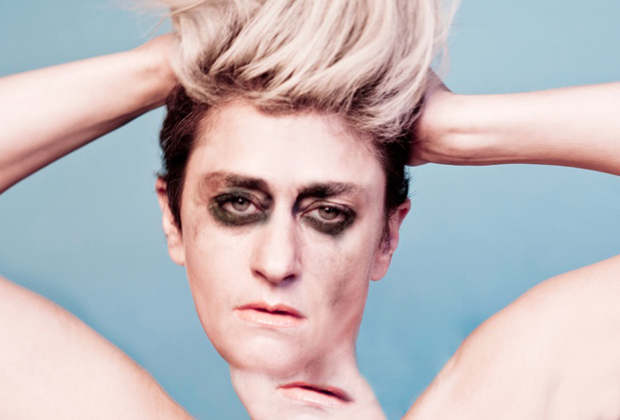 Does Berlin need a queer music festival? Before you can utter cynical answers to that question, think about every other festival going on this summer. Was it really worth it to trudge out to Ferropolis to catch Cakes da Killa when a) he’s playing Yo! Sissy anyways and b) Cakes is probably the queerest act on the bill? Finding queer sisters and brothers may just be a lost cause and now you’re stuck on an island with the average festhead.

Yes, the relative comfort of festivals actually in Berlin (even if the bar prices are too much for you, you can always pop down the street to a Späti) is the easy plus. And yes, by sheer logic, Yo! Sissy will have a greater number of queerdos than at Berlin Festival, Melt! and the upcoming Lollapalooza combined. But the real reason to go to any fest is the music.

Yo! Sissy is Berlin’s first queer music festival of its size in the city and has managed to put a verzauberte finger on not only the city’s scene, but internationally as well. Over three days (and three venues), Yo! Sissy packs in over 50 artists from Berlin and beyond.

Co-organizer Pansy herself (with her girlz) can be seen on the first night at Schwuz live on stage. She and Scout Wolfi (of Cherry-O-Kie fame who brings dancers of his own Saturday) took on the arduous task of putting this fruit salad together and the feast looks mighty.

And those that are hungry have a lot to feast on. Friday at Schwuz sees hometown acts like homo gospel singers The Hidden Cameras sharing a stage with French pop boy wonder AMinus. Former tiger but always fierce lesbian performer JD Samson tops the bill for the night ensuring that you’ll be on your backs afterwards until the next day.

The last day is really the first day to consider though because Yo! Sissy’s queered ticketing system doesn’t actually allow for the chance to buy just Sunday tickets (the other two days you can). Only with a weekend pass do you gain access to their takeover of Kreuzberg’s legendary punk stronghold, SO36. That’s right, all or nothing! (You can buy tickets on their website.) With Peaches only recently announcing a short set to preview new album Rub (stay tuned for an interview with her in our upcoming print edition), that may just be the push people needed to go all out. Alongside her, you can catch “drag terrorist” Christeene, Dan Bodan, Evvol, Alexander Geist and the ubiquitous “many more”… we assume that means planned surprises.

With all this, the question here isn’t, “Do we need the festival?” but, as it should be, “Do you want the music?”