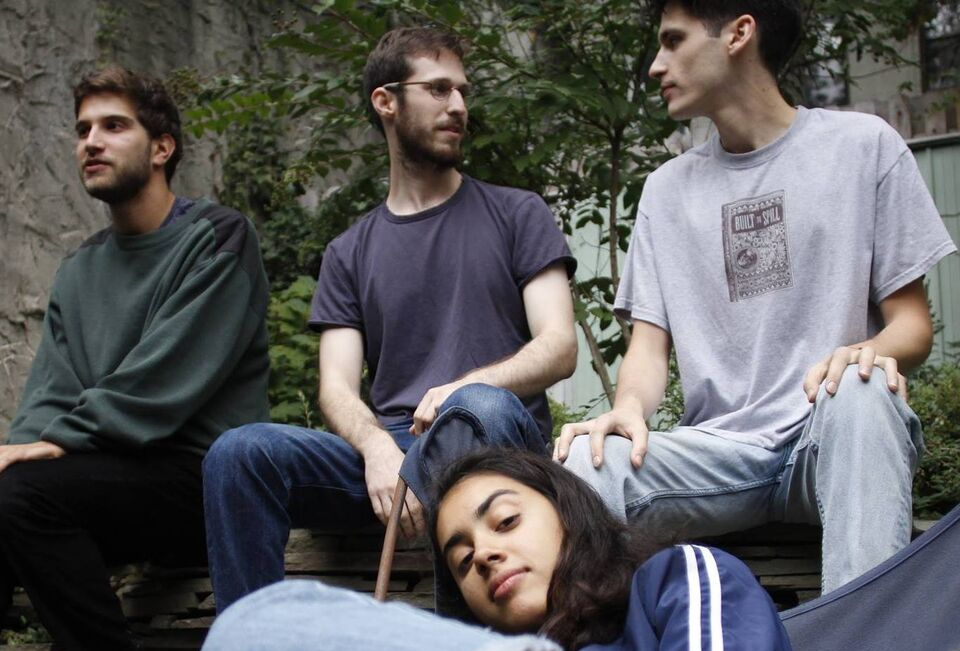 Got beat to those November gig tix you really wanted? Don’t despair, chances are there is another concert that will tick all your boxes.

Is this city too damn crowded? To get your hands on tickets to slightly more mainstream-y concerts, you better know about them a year in advance. Otherwise you’ll find yourself searching for badly recorded snippets on Youtube “the morning after” to counteract your ever increasing FOMO. Luckily, November and its brimming event calendar of infamous double-bookings offers plenty of alternative concert choices.

One of the most anticipated soldout acts this month is, of course, Aphex Twin who’ll take on a crowded Funkhaus at his first Berlin concert in 15 years. If you’re not amongst the fortunate ones to hold a ticket but dig Aphex Twin’s hypnotic quality and offbeat rhythms, Crumb should be high up on your concert priority list instead. Combining math rock, jazz and dreamy pop, the charming New York four-piece just released its eponymous debut EP and will take the stage at Kantine am Berghain for the first time in Berlin.

Saying “Nein” to everything since 2015 has landed Vienna-based cloud rapper Yung Hurn quite the following – and a sold-out show at Columbiahalle. If you can do without nonsensical lyrics and bpm approaching the zero mark, why not head down Mehringdamm to Club Gretchen and see Shigeto Live Ensemble. Normally the trained jazz drummer’s complex beat concoctions, encompassing jazz, hip-hop and electronica, are enough to fill a stage. But after a bunch of collaborations, sax player Marcus Elliot and pianist Ian Fink will join him, taking on Shigeto’s back catalogue as a trio.

We remain in the hip-hop arena. Judging by the number of ticket sales, November 16 sees a clear West Coast victory for Black Eyed Peas – allow the old US hip-hop coastal rivalry cliché. With Brooklyn-based Talib Kweli cutting his teeth touring at the same time, it does seem like an unfortunate double-booking to have him play Yaam the same night. Along the lines of his own mantra, he’ll nevertheless “get by” – and you can still get your daily dose of conscious rap in the process. If you came early to Garbage’s anniversary show in September, you already know that Dream Wife are proof you can play full-on alternative rock again without being deliberately ironic. In case you didn’t, think Courtney Love and Gwen Stefani reforming the Spice Girls. So, instead of hanging out at the German vocal ensemble Laing’s concert, mosey on over to Musik & Frieden to see for yourself.

Last but not least, this month’s sell-out king: Chilly Gonzales. In a recent interview for Exberliner, he said he owed his artistic career to Berlin – and Berlin loves him for it, as he not only sold out one but three concerts at Haus der Berliner Festspiele with an additional one planned at Philharmonie in April next year. If you don’t want to wait that long, another flamboyant performer can soothe you with his piano musings that night. Hollywood weirdo Jeff Goldblum will play a jazzy improv set at Admiralspalast accompanied by The Mildred Snitzer Orchestra.