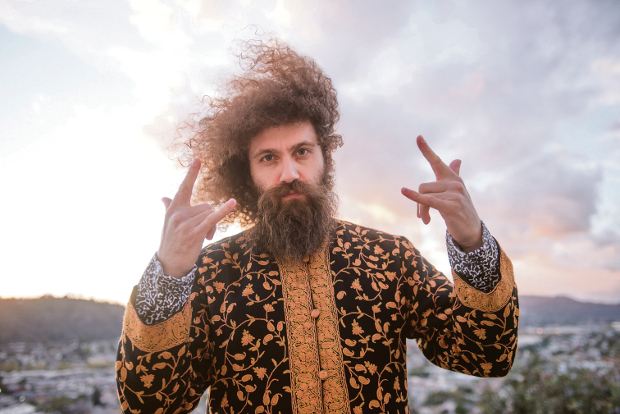 Techno’s stranglehold on the Berlin nightlife scene is hard to look past, but do a little digging and you’ll see that hip hop is actually alive and well. March seems to be the month for the Berliners with serious swing in their hips and nod to their heads. As always, the number-one destination for those who like a little brains with their beats is Club Gretchen, regular haunt of the wildly hairstyled and musically eclectic Gaslamp Killer (photo). On March 10, he returns to spin his special blend of world music, electronic oddities and Low End Theory beats. The eccentric Californian’s sets feel like they’ve been loosely compiled on a whim, but his turntablism provides a backbone that keeps things grounded somewhere in our plane of reality.

The very next night, March 11, Gretchen presents a more traditional experience from Japanese master turntablist DJ Krush. Formerly a Yakuza member (seriously!), the producer and DJ gave up gangbanging to dedicate his life to elevating hip hop with serious skills on the decks and a zen approach to beatmaking.

To make up for their postponed November gig, youngsters and Odd Future collaborators The Internet come to Gretchen with their R’n’B, soul and funk-infused live band project. Not exactly hip hop per se, but this Cali band packs a groovy sound that honours the roots of the genre.

The final hip hop stop of the month is Yaam on March 24, welcoming The Underachievers, two young rappers that are anything but. Signed on Flying Lotus’ Brainfeeder label and homies of fellow Brooklynites Flatbush Zombies, this duo is well seated in contemporary canon. With smooth flows and Golden Age-inspired beats, these acid rappers are living proof of both progress and tradition in hip hop.