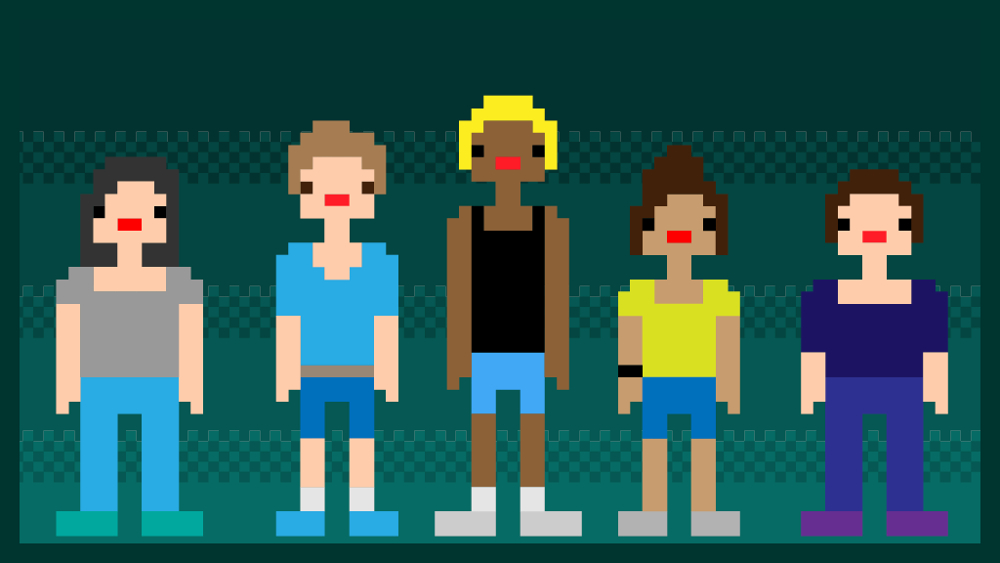 The world sees its first-ever comprehensive exhibition on the queer history of video games, Rainbow Arcade, at the Schwules Museum Dec 14-May 13. Over 30 years’ of gamer history are explored in multitiple aspects, focusing on questions of representation and discrimination in particular. One of the curators, American LGBTQ gaming specialist and Gaming at the Edge author Adrienne Shaw, explains what went into it. The arcade opens with a vernissage on Dec 13, 7pm.

Give us the elevator pitch for the exhibit…

Rainbow Arcade covers three decades of LGBTQ gaming history including game content, game makers and game players, and doesn’t shy away from questions of discrimination and harassment but makes clear that queer people have always been part of gaming history.

What do you find most interesting about researching video games?

LGBTQ people have been working in this industry since the very beginning, but we don’t recognise that enough in a popular sense. It’s a story that hasn’t been told yet. We have several profiles of game designers or people who work in the gaming industry which showcases the diversity of voices that do exist and makes it obvious that this is a place that lots of people fit into.

So how did the Rainbow Arcade come about?

I’d created a LGBTQ gaming archive in May 2016 which is public. Jan Schnorrenberg and Sarah Rudolph (the two other curators of Rainbow Arcade) reached out to me via the archive in the early stages of planning an exhibit on gaming for the Schwules Museum. We began working on this almost two years ago.

Why the name Rainbow Arcade?

When arcades were big, they were places where everybody could go, it wasn’t a niche market like computer gaming. Part of how we’ve tried to design the exhibit is to make it open to people who aren’t necessarily very familiar with games, or familiar with LGBTQ topics, so that it doesn’t appear like it’s just for people with insider knowledge.

What can we expect at Rainbow Arcade?

The exhibit will have images, videos, text, as well as several interactive exhibits with games from many of the indie designers we have featured. We wanted to make sure that visitors could engage with the content even if they don’t feel comfortable playing games, but also choose games that are relatively simple for anyone to pick up and play.

Your 2014 book Gaming at the Edge [2014] argues that the gaming industry hasn’t offered much in terms of diversity. Is this tackled at the exhibition?

One of the really important takeaways from my research is that even people who game a lot don’t consider gaming like other forms of media in terms of representation. We expect diversity in regular media, but in games for a variety of reasons it’s different. In certain kinds of games the character on the screen doesn’t really matter. That is actually a really good case for more diversity.

The exhibit tries to demonstrate though that calls for diversity aren’t calling for censorship in regards to race, gender and sexuality. I find a lot of people negatively react to calls for diversity in any media: they assume that it means that content is somehow being censored so it appeals to a broader audience, as opposed to just ‘it would be nice to have a lot more variety in the media we consume’.

What’s the toughest thing about putting an exhibition like this together?

Constantly updating is something that’s always hard when doing game studies – there’s always a new game. It’s cutting-edge and you’re expected to always be up to date. For example, a queer furry who goes by the name SonicFox just won Best Esports Player at The Game Awards 2018: we would love to include that in the exhibit. But it’s not possible as everything is set up and it’s taken a long time to organise everything. So up until the last minute, there’s always something new to add. It’s a great problem to have. You can just add it to the next project.