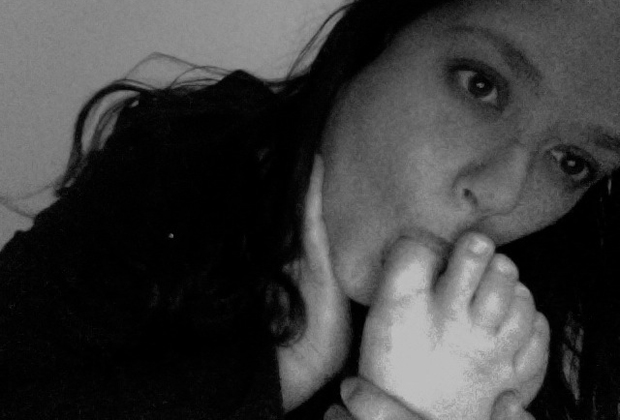 I love Christian Wulff. I actually love him. I love him so much.

Autumn 2010 was shit. We’d had a great summer, Lena won Eurovision, Germany didn’t win the World Cup, but everything was great. Merkel was sucking Özil’s integrated dick like there was no tomorrow – simpering smiles all round, “oh, he’s so good at playing football” – everything was FINE.

Then, end of summer, Sarrazin wrote that book, and suddenly it was like every single German person alive suddenly remembered that they were a Nazi, after all. Only they weren’t really Nazis, coz they didn’t give a shit about the Jews, (which is good of them, since all the German ones are all dead and that). No, the Ausländers they hated this time were just the Turks and the Arabs and the thing is, coz of the Holocaust, they hadn’t been able to (out of fear of being called a Nazi, you see) say out loud EXACTLY just how shit they thought the Turks and the Arabs were. Darn!

It was like the bit at the end of Scooby Doo, when the baddie goes “And we would’ve got away with it, as well, if it hadn’t been for you pesky kids.”

Autumn 2010, every single German person alive woke up each morning and gazed mournfully at their Spiegel “Holocaust special” and whispered to it, all desperately and forlornly and that: “And we would’ve been able to make it clear to all the Turks and the Arabs EXACTLY just how shit we thought they were if it hadn’t been for you pesky Holocaust.”

So, post-Sarrazin, every single German person decided they were gonna make up for it now. All that not-saying-they-thought-the-Turks-and-the-Arabs-were-shit FOR ALL THOSE YEARS. And they fucking did.  They FUCKING did. They clarified the situation. They fucking clarified it. They were very clear.

They think Turks and Arabs are shit. They said that a lot. Every single minute of every single day. They really think they’re shit. They don’t like them. Just in case you were wondering, like.

It was shit. It was awful. The worst thing was realizing how many so-called “liberal” Germans are, basically, racist fuckers. That blank look in their eyes while they said: “But he doesn’t mean foreigners like you, Jacinta.” God, it was shit. It was like you woke up in the morning and had to drink down a cup of pure hate instead of Actimel. That was Autumn 2010, basically.

So, last week, I decided to write him a love letter, to help him cope, you know. He helped me during my hardest time, my darkest hours in Germany. Didn’t he? So I decided, it was time for me to return the favour.

This is the letter I wrote, only it was in German, coz I’m not sure if he can speak English:

I’d just finished my love letter to Christian Wulff when my mobile rang. It was an American friend.

“Hmmmm. Well, he should just say, ‘Look, I know she’s a prostitute, but I love her, and in a way, every rich man’s wife is a prostitute, at least she was honest about it.'”

“It’s quite romantic, really. That Bettina, his wife? She was a high-class hooker. He had to marry her to protect her from prostitution. Or maybe she got pregnant with his kid or something, I forget the details. Anyway, Bild found out, and you’re right, they are assholes, because they tried to blackmail him. So he called them and warned them not to print stories about how his wife used to be a whore or ELSE. He just loves her so much, you know?”

“I didn’t know any of this. I thought it was all about some dodgy mortgage or something.”

“No, no, Jacinta, not even the Germans are that pedantic and boring to give that much of a shit about a silly house loan! That’s just a smokescreen. Well, I think this is a chance for him, now. To show the world how much he loves his wife. He can just get up on television and say: ‘Yes, she enjoys sex. Yes, she had sex for money. Yes, she was a whore, but you know what Germany? Every woman is a whore. Especially every woman who’s married to a rich man. What about Dominique Strauss-Kahn’s whore-bag of a wife? And I love her, I love this woman. So fuck you, Bild, publish the voicemail transcript! She’s a whore, and I love her.'”

“Yeah,” I said. “That would take the wind out of Bild‘s sails all right. And maybe next year they could come to Slutwalk together and she could wear a bunny girl costume.”

“She’s a whore, but I love her. So fuck you! I just wish he’d do that. It would be really romantic, you know?”

“Yeah, you’re right there, Jacinta,” said my friend, sighing softly. “The most romantic things are always a little bit feminist. But you know what? Only a little bit.”