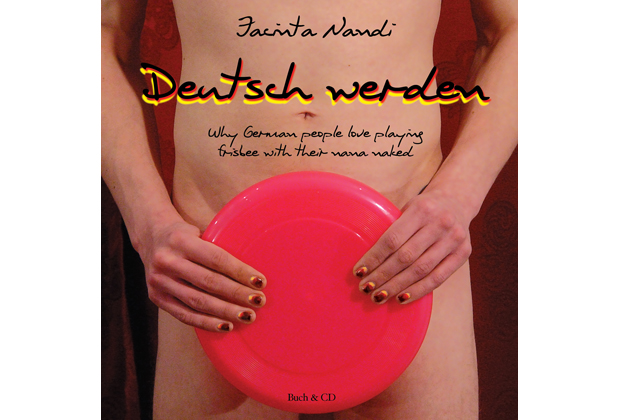 God, I’m a hypocrite sometimes. Hypocritical, mendacious, fake, full of bullshit. I’m the biggest hypocrite I know. And the worst thing is I REALLY hate hypocrisy in other people.

So, let me give you an example. When I meet people for the first time and they ask me where I come from and I say England and then they do this teeny, tiny, almost imperceptible nod, and go: “Yeah but where do you really come from?” You know what I mean. I mean, sometimes they’re real kinda subtle and diplomatic about it. Sometimes they say stuff like: “But you have other roots, too, don’t you?” Or, especially if they’re American: “And what’s your ethnicity?” But it doesn’t really matter how they put it, I just smile gracefully and say: “Oh, my dad comes from India.”

Inside, though. Inside I’m thinking: YOU FUCKING RACIST-NAZI-ARSEHOLE-FASCIST-DICKHEAD, DID YOU NOT HEAR ME SAY, QUITE CLEARLY, THAT I COME FROM ENGLAND, AS IN I REALLY FUCKING COME FROM ENGLAND, WHERE DO YOU REALLY COME FROM, YOU CUNT, FROM FUCKING CUNTLAND ODER WAS? That’s what I’m thinking. But I just do a little pause and then I go: “He came over when he was six. He sounds really normal when he talks and he likes football and stuff.”

The ultimate in hypocrisy, though, is me talking to anyone who looks, like, slightly brown, and them telling me they come from France or England or Ireland or Australia. I’m like: “Oh, right. But where were your parents born? Where do your parents come from? Coz you look a bit….brown, basically.” I can’t help it! I’m just curious. I just wanna know, I just wanna find out. It burns at me. I wanna einstufen them. I want to know. Yeah, you’re right. What a total hypocrite I am.

It’s the same with the question about how autobiographical your writing is. Now I’ve brought out this CD/book, people keep on coming up to me after readings and asking me how autobiographical my writing is. And I kind of despise them for it. A little bit. A LITTLE bit. I’m like: “How autobiographical is my writing? How original is your question? For fuck’s sake!” I don’t say that out loud, though. Out loud, I just say: “Yes, I actually did put a bit of Knoblauch in my Muschi, it seemed like a good idea at the time.”

But if I hear a writer I like (by which I mean, like, a good-looking, sexy male writer) reading a text I like (by which I mean one about fucking) then the first thing I ask him, afterwards, is: “So, did that really happen to you? Have you really been to Hungary? Did you ever see that girl again? And, erm, if we were ever to – rein theoretisch, of course – have sex, would you put me in a book afterwards?”

So, anyways, once and for all: my writing is completely, totally, entirely, absolutely, 100 percent, no, make that150 percent, autobiographical. I never, ever, EVER make anything up, ever. I am a deeply unimaginative person. It’s all autobiography. But – and it’s quite a big ‘but’ here – it is also all lies. I lie. Well, I improve on the truth, I tidy up reality a bit, you know? By lying.

Everything I have ever written ever is just a big pile of autobiographical bullshit. And, to be honest, I think I’m getting quite good at it.

Deutsch werden: Why German people love playing frisbee with their nana naked is available from www.periplaneta.com but you can also buy it from me directly on Wed, March 23 when I perform at EXBERLINER’s monthly Wednesdays at Kaffee Burger, which also features music from Randy Twigg and Hush Hush. It starts at 20:00, so don’t miss it!