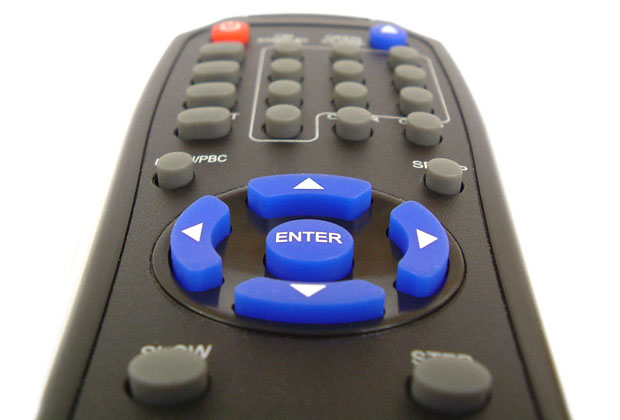 Does anybody else’s kid do this? Sometimes, when I want to put a DVD on, Rico just sits on the sofa and barks exasperatedly at me – like a Berlin bus driver or a Hausmeister or something. Like, he’s literally BARKING at me: “Turn the light off! Fast forward! We’ve seen that bit already!”

And it’s not just that he’s bossy – his voice is so harsh, it rips shreds off of me, it pierces my skin and punctures my heart and ALSO it makes it kind of hard to concentrate on working out how I get the root menu back up.

He did it Friday night, when he and his friend Maria wanted to watch Avatar.

“Licht raus!” They both bellowed.

“Yeah, hello,” I said, in a tone which I felt was both understanding but firm, “I just need to work out which version we’re watching, okay?”

“Just let me concentrate,” I said. Suddenly we were back at the Hauptmenu bit again, even though actually I wanted to be on Einstellungen, making sure it was in English.

“Not the Werbung again!” he said, in his piercingly harsh Berlin bus driver voice. I couldn’t bear it then. I’m not very proud to admit it – in fact, I’m totally ashamed to admit it – but I smashed the DVD cover down on the side of the sofa and yelled at him: “Just stop being so fucking German! Or we won’t even watch a DVD!”

Aw, I couldn’t help it. I felt bad though. He collapsed into himself, he literally crumpled in half.

“Mummy,” he said, despairingly, “now I know you hate me. You call me a fucking German. You must hate me.”

I knelt down at the edge of the sofa and felt like the worst mother in the world.

Rico looked at me skeptically: “Mum, when you say fucking and German together, it must be bad. They’re the two worst words you can say for a person.”

I bit my lip and sighed a bit. “You know, when I was a kid and my mum put a DVD on, or, well, back in those days it would’ve been a video, right, when my mum would put a video on, we were just so happy and grateful – we didn’t bark at her the whole time. I mean, there also wasn’t a menu and stuff. But we just sat there, grateful and respectful, and waited. You know waiting? While people put stuff on.”

Rico looked at me scornfully. “But that was the olden days, Mum,” he said. “You only watched a film once a week, back in the olden days.”

I know what the Supernanny would say – well, I think I do, anyways. How can you expect your kid to respect you when you don’t respect him? But it is hard, man. Especially since our generation – mainly, mostly – we all got smacked bottoms or the odd clip round the ear – especially for cheek, you know. You being cheeky? Whack, thwack, smack.

I don’t approve, but it must’ve been easier. And here we are, now it’s our turn, now we’re Doris Day, with children of our own, and we’re trying to do everything differently – well, not everything, and not totally differently – but we are trying to be these super-duper, perfectly patient, non-violent parents. And sometimes it seems like – sometimes, I just secretly suspect that the truth is: without the threat of physical violence, our kids just have MINUS respect for us.

And, every now and then, it all gets too much, and we snap: Don’t be so fucking German! It’s a nightmare, it really is.

Watching Avatar was great, though. What a fantastic film. I kept on explaining all the Iraq war metaphors to Rico. Halfway through, he got me to press stop and then he said to me: “Wait a minute, Mum. Were the Germans good or bad in that war?”

“Well, they weren’t in it, so that makes them good.”

“They were the good ones?”

“Yeah,” I said. “Well, if Tony Blair had done what Schröder did, we can probably say the Iraq war would never have happened.”

Rico did a thoughtful, satisfied, triumphant sniff. For a moment he looked really English.

“That makes me really happy,” he said, grinning.

But when I switched the film back on, he snarled at me: “We’ve seen this bit already! Press fast forward!” So I just handed him the remote control and walked out of the living room. He’s a good kid really. But he’s just so fucking German sometimes.