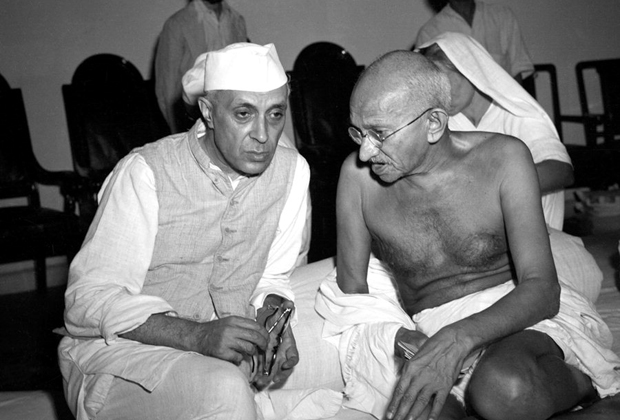 So, everybody thinks that I have a Hitler Jugend fetish.

I would just like to (officially) clarify things here.

I do NOT have a Hitler Jugend fetish.

I have a Jung Pioneeren fetish.

Ouch! I’m not getting out of that in a hurry, huh?

It’s OK, though, because German boys have a fetish for India so we are, like, quits. We’re the perfect mix. We’re at a party, I say I come from England. They say: “Oh, I would’ve thought Spanish or Greek or Italian or Mexican or…” I say: “Stop right there, honey. My dad is from India.”

Their eyes GLOW with longing and delight. They’re like: “India? Which part of India, exactly? Could you draw me a map? And was he a Jain Hindu? How often do you go back? Shall I make you a Yogi Tee? Also known as Chai?”

And I have this photo of my Granddad with Nehru which I carry around with me at all times because I know that, basically, any German boy I show this photo to will agree to have sex with me instantly. Any German boy – East, West, any age group, any hair colour, any time, any place and any-fucking-where.

“This is your grandfather?”

I always say the same thing. I say: “OK. As long as you promise to look after it.”