The furore over the Leipzig Book Fair Prize’s all-white shortlist has prompted many to reflect on the wealth of great literature by diverse authors in Germany today. One recent standout is Betrachtungen einer Barbarin (Observations of a Barbarian, Hoffmann & Campe) by the Tehran-born Berliner Asal Dardan.

This series of linked personal essays interweaves reflections on Dardan’s own life – beginning with her childhood in Cologne as the daughter of Iranian refugees – with insightful commentary about race, migration and gender in modern Germany. Dardan called us to discuss her book, which was nominated for the prestigious German Non-Fiction Prize. (The prize eventually went to Jürgen Kaube’s Hegels Welt.)

We spoke to Dardan about prejudice in Germany, the absurdity of Heimat and the value of self-criticism.

Essays are not a very established literary genre in Germany. Was this a hard sell to publishers?

It’s true. A lot of publishers I approached said, “Oh, we love it, but could you make it into a novel,or a memoir?” But it’s not really a book about me – I didn’t set out to tell my story, although it is often about me.

Were you ever tempted to write a memoir as they asked?

I’m interested in other people’s memoirs, but not my own. I wanted to offer myself up as an example – I wanted to say, this is me in the world, here is how I perceive things, and here is how these specific debates and themes affect my life. I wanted to make it more approachable, and less abstract. And there are extra dimensions when you write yourself in. For example, when writing about the NSU trials, I discuss how as a migrant to Germany, I have stories of guilt and family trauma of my own – my father worked for the Iranian secret police. And I feel it’s a political act, sort of, to show yourself and make yourself vulnerable.

There is a lovely part about the importance of seeing yourself in other people and other people in yourself – and how challenging that is. Are you advocating more empathy?

For me, it’s not really about empathy. If you’re talking about ways of living together, about solidarity, then I think it’s much more about looking at oneself – about being self-disciplined and self-critical. For example, I can never completely understand what it’s like to be a trans person. I can never truly understand what dysphoria is, though I can read about it. But do I really need to say I fully understand it in order to feel solidarity with someone – and to demand a world where they are more visible, have more rights, face less obstacles in their lives?

I wanted to say maybe there should be no Heimat for anyone. There’s definitely none for me.

So with the book, I didn’t want to manipulate feelings. I just wanted to make people start thinking about themselves, by seeing how I do that. My hope is that it lingers with someone who reads it – that it starts a conversation they then have with themselves.

In the opening essay, you use the contradictions and confusions of your German childhood to interrogate ideas about belonging, migration – and above all Heimat. Isn’t it an outmoded idea?

Well, I think Heimat is a German obsession – even more when I was growing up in pre-Wende West Germany. I really wanted to show how absurd the idea of Heimat is. I thought, if I want to talk about otherness, about the ‘barbarian’, then I’ll have to address how absurd it is to call a kid who was still a tiny child when she arrived here a ‘migrant’. It’s also about how, if you are the child of refugees, then you grow up with a kind of nostalgia for the old homeland, which can repeat nationalistic ideas. I wanted to confront that and say maybe there should be no Heimat for anyone. There’s definitely none for me. 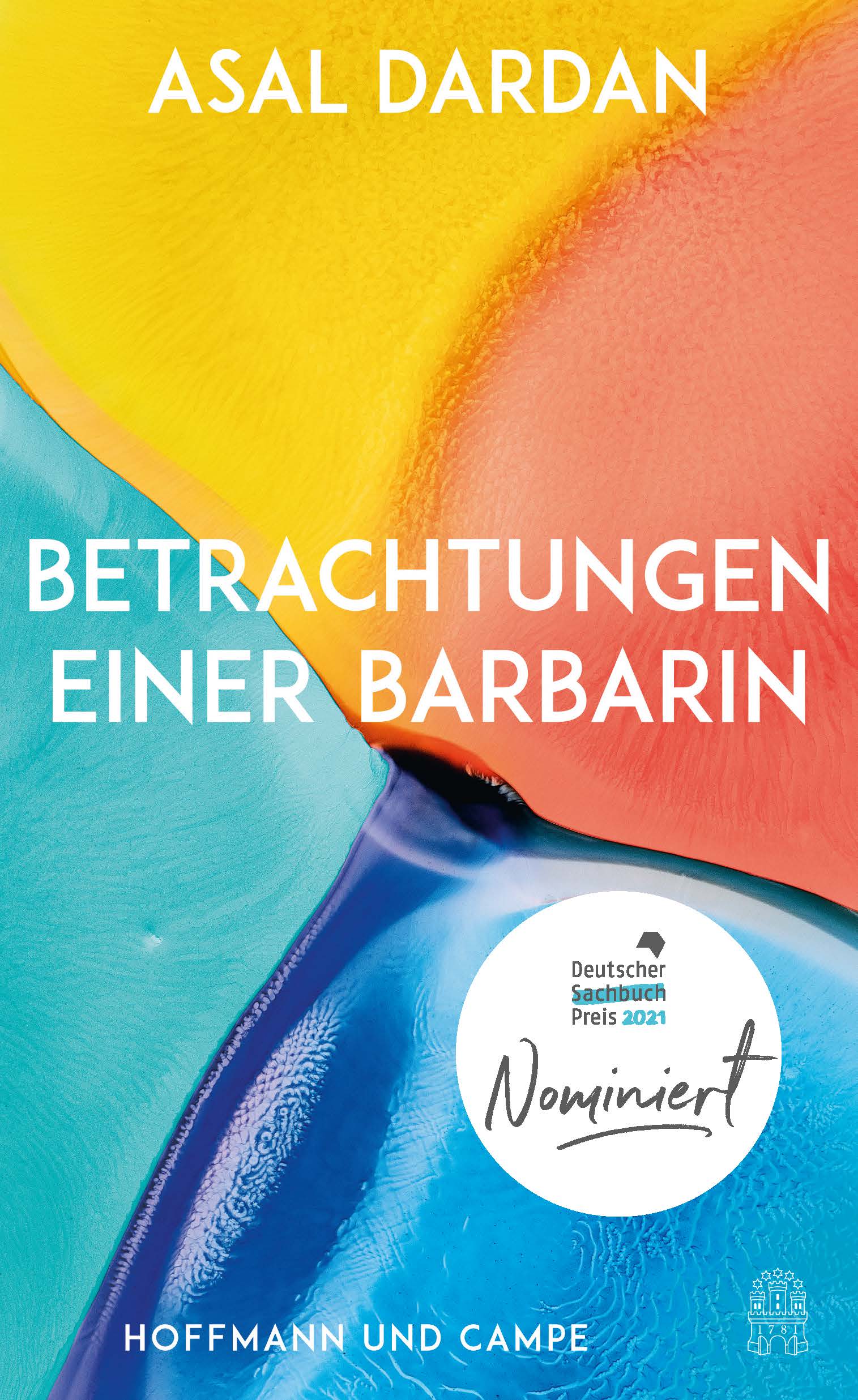 Instead of Heimat you use the idea of Fastorte, ‘almost-places’, which you come to terms with individually. That sounds like a more engaged kind of belonging…

Totally. Belonging, society – it’s a process, it’s something you have to actively partake in. It’s also about building relationships, including to myself, and to the language and culture and political and material realities of a place. What defines me more? That Goethe and Schiller once lived in this proximity and wrote in more or less the same language?

Or that I’m living now in this place where I know people are struggling to pay their rent, or dreading racist attacks? It’s important for writers to make themselves aware of how they’re connected to the real place out there, instead of some abstract notion like Heimat.

How did you come up with your title?

Well, it was first inspired by Heinrich Böll’s novel Ansichten eines Clowns (Opinions of a Clown): the clown, like the barbarian, is a figure that is looked at – the clown entertains you while the barbarian lets you define yourself as superior. But ‘Betrachtungen’ sounded better.

The barbarian, I mean, I only really think about my otherness in this society because someone else has treated me like that, whether knowingly or not. So I thought, OK, I’ll talk back as that figure – as what you view me to be. I’ll talk as her, and show that she can look back as well. And maybe the other doesn’t have to be so threatening.

‘Barbarian’ comes from the ancient Greeks, as a word to call people who didn’t speak their language. Writing this book in German as an extremely cultured German – is that part of the irony?

It’s cheeky, isn’t it? [laughs] I wanted to say that this is my language, and I know how to use it. And the barbarian is talking back, looking at you. Poor you. And I’m pretty sure it hurts, when you’re used to being the one that looks and rates and decides – and chooses who gets to speak and be heard – then it’s painful when people suddenly turn around, and they have autonomy, and they’re a subject not an object any more. In a way, this book is me saying: I’m a subject, not an object!