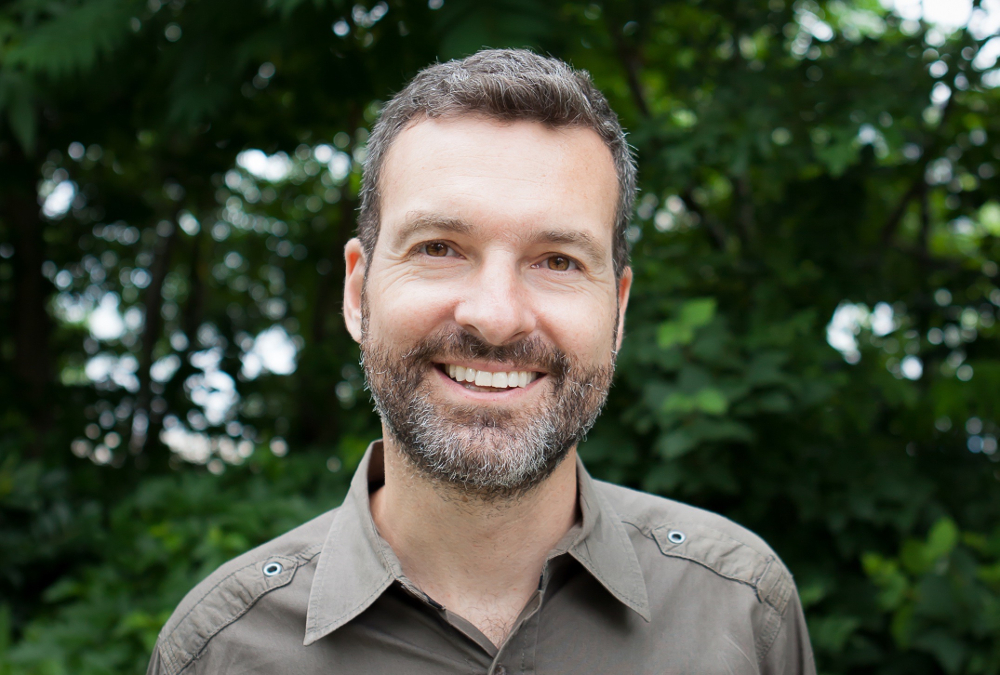 Personal data collection is nothing new, but when it was coming out last year that British political consulting firm Cambridge Analytica was using personal Facebook data to target us for political purposes, the outrage was widespread. One man, however, wasn’t surprised: American professor of media design David Carroll, who had already mounted a – still ongoing – legal challenge against Cambridge Analytica on July 4 of 2017, in order to find out what exactly the company have been doing with his data. The Parsons School of Design prof takes part in a panel discussion for Disruption Network Lab’s “Hate News: Manipulators, Trolls and Influencers” (May 25-26) on Friday, 7pm at Kunstquartier Bethanien.

You have a bone to pick with Cambridge Analytica…

Yes. It went from being just academic research to getting personal when I decided to try and recover my data using British law.

Taking Cambridge on – wasn’t it intimidating? Did you have reservations before you took legal action?

Yes, it took a lot of careful planning. The US is a much more litigious society than the UK, because you can sue somebody without the risk of having to cover their costs, whereas over there you sue somebody at the risk of paying for their legal fees. It was inherently a very risky endeavour to take on a multi-million dollar company – and the characters who are behind the company. But once I assembled a really formidable legal team, that gave me tremendous confidence in the potential of the case.

What do think this Cambridge Analytica scandal is showing us?

A key thing that the Cambridge Analytica story has exposed for us is how our personal data is collected in ways that we don’t understand and is used to affect the messages that we see. It’s the general opacity of this system and the asymmetry of the privacy – that people don’t get privacy but apparently companies and their clients do. The asymmetry is very dangerous to the concept of the public sphere and the public in general.

Because people do not understand how their intimate profiles are being assembled, they think that the data that’s been collected about them has been anonymised. Cambridge Analytica at its core defies that expectation because what they do – or what all evidence points to them doing – is take the commercial data and re-attach it to us through voter registration. We find that our behaviour has been in a sense de-anonymised.

So what are the consequences?

Let’s say that they do have very detailed profiles of the entire electorate; this is concerning because they can then find small segments of the population who might be responsive to particular kinds of messages. New hyper-targeting technologies that exist – where basically two next door neighbours can see totally different political ads and political messages – means that, if the technology continues unabated, we will erode this sense of a ‘shared public’ that is necessary for democracy to work.

Another big concerning issue with Cambridge Analytica is that we have concerns based on what witnesses have said that the company was not just involved in traditional political advertising, but has also been potentially involved in creating propaganda that would not be recognisable as a political ad.

The Hate News conference plans to discuss both this kind of online manipulation that you’re talking about – this data-based hyper-targeting – and online hate speech. Do you see a connection between the two?

Yes – I think it’s echoing what I was describing, in that data and the tools of media technology can be used for different purposes: to sell products, to sell politicians, and to sell ideology.

I think changes in attitude about this are related to the fact that we have hostile foreign state actors running sophisticated disinformation campaigns and we have political campaigns in the US and other countries – in the UK and other countries around the world – tangled up in a commercial election interference industry, which is using techniques that are reminiscent of Nazi propaganda. Techniques of creating artificial enemies, of polarising people on purpose, to divide and conquer: really disturbing efforts that have been underway for years.

It’s about the three different kinds of actors in the environment: we have hostile state actors, we have official campaign vendors, and we have sort of rogue opportunists – people who are just doing it to capitalise on the ability that you can make a lot of money radicalising people, especially if they’re Americans.

So the positive side is that Cambridge has really made people aware of data privacy. How is it seeing the sudden surge of interest?

My first emotion is vindication – “I told you so!” I feel like maybe back in 2015 I was trying to sound the alarm. I was trying to say to the ad tech industry that people do care about their privacy and that the practices of the industry are going to blow up in its face. And people did not want to listen to me [laughs].

And now after Cambridge Analytica it’s like an oil spill moment, where everybody has a kind of visceral understanding of what is at stake here and what can go wrong. I think things have changed significantly, and people who never cared about this before care about it.