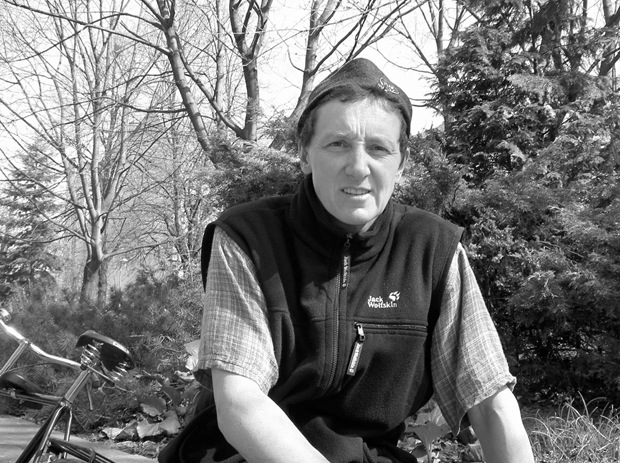 Berliners giggle at Ost oddities in Goodbye Lenin! whilst East German kitsch fetches a good price in retro shops. We’re not all laughing. Not when sporting heroes of former East Germany are being sold off cheap.

Doped as children without their knowledge, the GDR’s ruined athletes had the chance to apply for compensation by March 31. Out of 10,000 affected only 300 people applied for the measly one time payment of five to ten thousand euros. Victims of medical malpractice in the past have received life-long pensions, but not these Ossies. The German government, already straining to meet reunification costs, set-up an application obstacle course that these crippled former top athletes were unable to cross.

One person who did manage was 44-year-old Olympic silver medallist Katharina Bullin. Now masculine, her bones are like that of an 80-year-old. Sitting and walking are painful. As a young girl she was whisked away to a residential training camp to become a GDR success. Without her knowledge anabolic steroids, testosterone and other drugs were mixed into her food, given to her as “vitamin” pills and injected. This enabled her to perform at levels higher than her formidable talents would have taken her. Up to 50 hours of hard training a week pumped with drugs pounded her young body. By 15 she played in the women’s volleyball team as well as with the girls – an “honour”.

“There was always the threat of being thrown out in disgrace. We were pushed and punished. One kilo overweight or seconds over time in training meant losing 50 marks off my wages and extra punishment training.” Katharina pushed on, unwittingly helped by the “supporting means”, the Stasi euphemism for doping.

Everyone’s bodies change in puberty, and in this isolation there was no one to question why she and the other girls needed to shave their facial hair, why her hands grew enormous, why her voice became lower, why her periods stopped, why she became so aggressive and moody.

In his 2000 trial, Martin Ewald, the “mastermind” behind doping, urged coaches not to tell their charges. “They’re still so young and don’t have to know everything.”

In the GDR, sport was so important that for the first time it was included in a country’s constitution. With its 17 million people, East Germany hauled in a disproportionate amount of medals. Coaches and doctors couldn’t resist the rich financial rewards. When Katharina won, the coaches who were destroying her life profited.

Used as a human guinea pig, the young athlete even underwent experiments at a secret centre. “There were no human control groups to test out the side effects of doping. All athletes at this level were doped. Tests on rats showed liver damage and testicular shrinkage etc…” says Professor Spitzer, the author of Doping in the GDR.

Throughout her training and competing Katharina suffered from incredible pain, sometimes having an electrical device strapped on at night to get a couple of hours sleep.

“My trainers said I was a hypochondriac… that I was weak and sent me to psychotherapy. I began to doubt my own feelings… I knew I felt pain but they were all saying I wasn’t feeling it. My foot broke in two places. I now know that they ignored medical advice and put on a flexible plaster so that I could go straight back into training. I was even grateful… a special plaster, from the west, just for me!”

Katharina’s shoulder was the main source of pain. Because of the Moscow 1980 Olympics, an operation was postponed. Post Olympics, early 1980s, ready to reach her peak, she was rushed into hospital. The damage to her shoulder was so acute that a bone was taken from her back and grafted in, as well as a prosthesis, a metal plate. “You’ve let us down,” her trainer told her. Now useless she was dropped from the team. It was a normal pattern, confirms Dr. Spitzer.

“Doping started very early, around 11 years old. The GDR won many junior championships but didn’t do so well with their seniors. Usually athletes start at 16 and reach their peak at 20-22. In East Germany, by the age of 18-20, they were used up – physically and mentally destroyed.”

Addicted to the drugs that she had been given, Katharina couldn’t cope without them. “I became an alcoholic, I was addicted to pills, I cut myself, I chain-smoked and suffered from bulimia. In the first months I gained 20 kilos, then lost 25. I had been told what to do every day of my life to the point of being told who to clap for in international games. I didn’t know how to function.”

It was only this January, 10 years after overcoming her addictions, six years after hearing that doping existed for the first time that she managed to see 90 pages of her surviving notes. The level of deceit by her trainers, her surrogate parents, was revealed. She wept on the phone, like many others, to Birgit Böse, at the doping victim advice centre running since last August. Birgit knows the pain of deception first hand.

As a promising shot-putter, Birgit was doped from age 12. Two and a half years later an injury stopped her career – and her doping. It was already too late. At 24 her sexual organs were like those of an 11-year-old. Despite increasing health problems she later became pregnant. When her sickly son was born with 41percent lung capacity a doctor suspected doping.

“When I finally saw in black and white that my trainer knew what she was giving me, that it was planned, that she knew what the side-effects were, I just broke apart. How could anyone do that? Damaging children in her care… and their children. It was too awful to believe.”

According to Dr Spitzer, malformations include everything from clubfoot to blindness. “100 percent of women experience gynaecological problems. Many can’t conceive or give birth to stillborn children when they do. The next generation suffers from disability, asthma and other illnesses.’’ As for the athletes themselves: “Women became male, men became female, for example weight lifters developed women’s breasts. The liver and heart changed structure and the risk of cancer increased.”

Many are puzzled why these unemployed and often unemployable medal holders didn’t apply for compensation, however feeble it is. Unfortunately, mentally and physically, many were unable to. Medical problems and addictions stall their efforts. Many are unable to face the unravelling of their self-image. Their whole social status as heroes of the GDR was based on their sporting triumphs.

Others are, bizarrely, still not sure whether they were doped as doctors and trainers destroyed records. Stasi and hospital files need to be searched for scant evidence. And there are risks. If health insurance companies identify someone as a doping victim they refuse to pay out for care.

The coaches and doctors involved with the doping programme, those with the answers, are silent and unhelpful though a few have been fined and even imprisoned. Ewald, GDR minister of sport and president of his country’s Olympic committee was given a 22 month suspended sentence. But most like Thomas Kohler, Katharina’s trainer, are still getting paid to push German children and adults towards victory… Shush.

What would happen to the German bid to host the 2012 Olympics if the world was reminded that host city Leipzig was the centre of doping in the GDR? That the German Sydney Olympic team was partly in GDR trainer hands?

Birgit Böse huffs and puffs behind her desk perched on bricks. Her spine is too frail to bend down. The phones ring simultaneously, constantly. Her diary is full. “I thought it would have quietened down a bit since the deadline passed but it’s got worse! The ball has started rolling, and what we’re seeing here is just the beginning.”

Not all the sporting heroes ended up on the scrap heap. A couple out of the 10,000 still compete after getting their secret “head-start”! Heike Drechsler, the Olympic long-jump Champion, is one of few successful survivors. While she continues to be able to leap to meet her potential she leaves behind a miserable collection of crippled colleagues who were altered forever for the glory of the dear GDR.