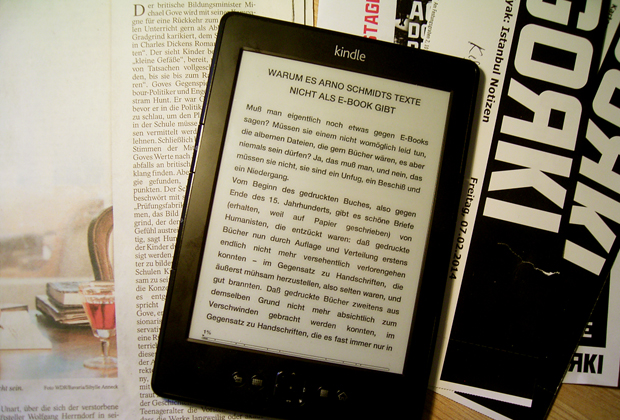 Germans like their books – the traditional way. When it comes to digital fun, like the rest of continental Europe, this nation of bibliophiles lags far behind the English-speaking world. But perhaps not for long. It seems those e-bookworms are slowly but surely burrowing their way into the German psyche.

The proof? Germany’s first Electric Book Fair, taking place at Wedding’s artsy Supermarkt complex on June 21. The anything-but-conventional fair, complete with performances and an “Electric Café” forum, is put on by Berlin’s e-publishing movers and shakers: Nikola Richter, the indefatigable energy behind Mikrotext, along with Christiane Frohmann from Frohmann Verlag and Fabian Thomas from Shelff.

Kindles, Ipads and e-books have obviously changed the way we read. But this fair also addresses the question of how new digital forms are influencing the very content of our reading, leading to new genres and more cutting-edge experiments. Whether e-publishing is a revolution or just a mutation, attendance is mandatory for anyone interested in the present and future of books.