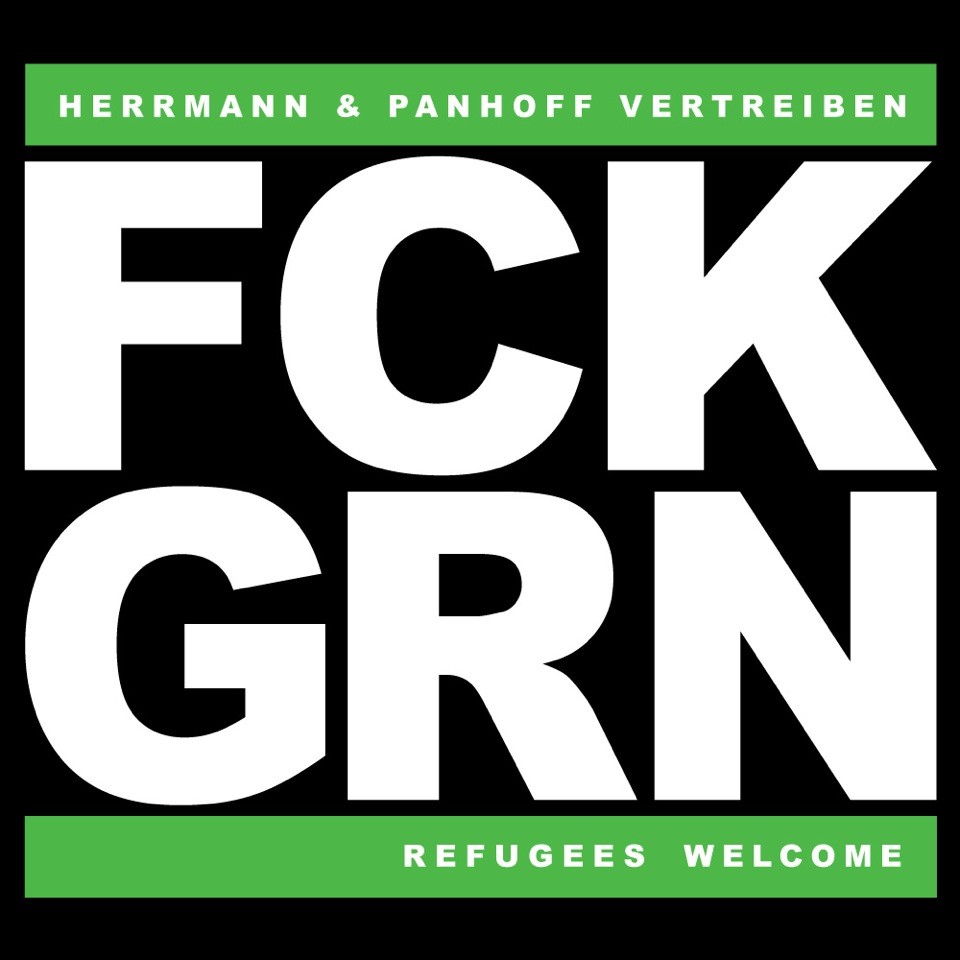 I have always had a soft spot for the Greens. Imagine me, in my last year in high school in 2000, going door to door in Texas and asking people to vote for Ralph Nader and the Green Party. (Yes, in Texas!) For those of you who are too young to remember, that didn’t turn out well. Around the same time, I was psyched that the Greens were in government and the photos of foreign minister Joschka Fischer that had just surfaced showing him attacking a policeman at a demonstration in 1973 gave them a certain edge.

In time, however, I learned that the Greens were in favor of things like the war on Afghanistan or the Hartz IV reforms, the biggest cuts in social services in Germany since 1945. Wasn’t this the kind of stuff the Green Party was founded to oppose?

So when I read Konrad’s piece yesterday, I was torn. Yes, the Greens had voted to make it easier to deport Roma and Sinti to Serbia, Macedonia and Bosnia-Herzegovina. But does that make them “shape-shifting lizards”? Let’s ask them. Claudia Roth – the former party leader, and not exactly a left-wing radical – said to the Bayerischer Rundfunk that it was “not a good day for the Greens”. And as refugees were in front of the Bundesrat chanting for the Greens to “feel ashamed”, the leader of the Green Youth responded on Facebook that he was deeply ashamed.

Refugees occupied the Green Party headquarters in Mitte last Wednesday to demand they vote against the asylum law. The party co-chairperson Simone Peters said she “calculated” that the Greens in the Bundesrat would vote no. “Stop the bla bla’ said one of the refugees. And Peters’ “calculations” were just that. Sure, the Greens had put up election posters saying “I am a refugee”. They had specifically demanded a better treatment of Roma and Sinti in their election program. But Winfried Kretschmann, former Maoist and now Green head of Baden-Württemberg, decided to support the government anyways. Say what you want, but at least the CDU is honest enough to say they hate refugees.

This comes, of course, after the Greens in Kreuzberg evicted the protest camp at Oranienplatz, and then had thousands of police lock down a whole Kiez for a week in order to evict the school in the Ohlauer Straße, while allegedly using pepper-spray countless school students in the process. In Hamburg, the SPD’s anti-refugee policies led to a massive FCK SPD campaign, with thousands of RUN DMC-style t-shirts worn all over the city. Now a FCK GRN campaign for Kreuzberg has popped up.

So what to do? Well the Green’s competition doesn’t look much better, with the Pirates collapsing before our eyes and many prominent members like Anke Domscheit-Berg and Anna Helm resigning over the weekend. All I can think of is to keep supporting the refugees’ protests. After George Bush’s election in 2000, lots of people said “Fuck the Greens”, accusing Nader of spoiling the election and giving it to Georg W. Bush. Now I’m going to join them and get myself a FCK GRN shirt.

Comedian Marc-Uwe Kling once said the Greens are like bananas: “Today green, tomorrow yellow, the day after black.” Yellow, of course, stands for the neoliberal FDP. And black represents the conservatives. I worry the Greens are turning into brown mush.