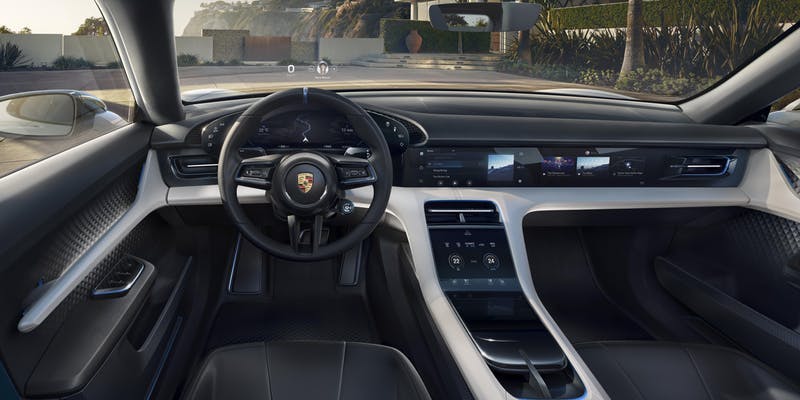 Ava Johnson goes to that thing you’re curious about to answer the question: Are you missing out? This time, Scopes by Porsche.

These days, it’s getting hard to keep track of which evil corporations Berlin is and isn’t willing to jump into bed with. Google, Uber and AirBnB – nope, get out of our house. Red Bull, meanwhile, is totes welcome, despite the fact that its CEO Dieter Mateschitz is a pro-Trump, anti-refugee right-wing dickhead and, let’s be real, does anyone actually drink Red Bull in this city?

Only one Berlin group dared bring up Mateschitz during September’s Red Bull Music Festival: Live From Earth, the left-leaning music and art collective that spawned rapper Yung Hurn. They were slated to perform, but on realising the man responsible for their no-doubt-ginormous booking fee was also financing a German-language Breitbart equivalent, backed out over Instagram.

On the other hand, Live From Earth had no qualms about hooking up with Porsche for its marketing experiment Scopes, a blatant attempt by the auto giant to harness “Berlin cool” for its own purposes. Never mind that Porsche and its parent company Volkswagen are actually, literally choking cool Berlin to death ­(two of the three streets with the worst air quality in Germany are in Neukölln, thanks in no small part to diesel exhaust). This billion-euro conglomerate run by middle-aged white men from Stuttgart is 100 percent down with the urban youths of today. So down that they fed Berlin’s most earnest start-up manifestos and most pretentious club night flyers through a neural network and came up with the following copy for their month-long pander-fest:

“SCOPES is not finished and never will be. That’s why you’re here. SCOPES thrives on change and transformation. It’s a place where everything is in flux, where nothing stays still, where people roam, where spaces evolve and are full of surprises. SCOPES is nomadic. It’s bursting with energy, emotion, inspiration, unquenchable curiosity and a desire for innovation.”

Which means… what? Sick of their ads clogging my bike commute and my Facebook feed, I set off to find out.

Basically, Porsche has spent god-knows-how-much-money to outfit a three-storey former theatre in Mitte with neon lighting and bespoke speakers, and they’re using it to host free discussions and performances by “a hand-picked bunch of pace-setters” aka whichever trendy urban youths they could bribe into playing ball. These include: Live From Earth, Boiler Room, the DJ collective Hoe_mies and many, many more.

When I was there, they were holding a panel on “the future of urban living”, as if Volkswagen’s shitty pollution record hasn’t helped cast doubt on the whole “future of living” in general. I walked through an entrance “installation” resembling a Breaking Bad decontamination tent, past the Porsche car prominently displayed on the ground floor, through another forest-like “installation” by Wandelism (the ‘edgy’ street art collective frequently hired by real estate companies to gussy up buildings before they’re demolished and turned into luxury condos), and up to the second-floor auditorium, where about 15 people were sitting on couches drinking free beer.

The talk was advertised as featuring speakers from the Urania event space, tiny house company Cabin Spacey, “and others”.  Instead, Urania was MIA and Cabin Spacey was only present in the form of a laptop offering a “virtual tour”. (Maybe someone finally called them out on that name?) What we got was a chat between a rep from a Berlin project called Unum, whose future of urban living involves letting start-ups temporarily move into empty buildings before they’re turned into luxury condos; and an Estonian who manufactures 20sqm mirrored cubes that people can buy for €50,000 to rent out on AirBnB.

Not surprisingly, it was pretty painful, with the Unum guy lapsing into start-up jargon and the Estonian expressing his admiration for Uber’s steamroller approach to local regulations. Were there any audience questions? There were not. “Still processing, huh?” asked the moderator awkwardly, before revealing that we could now, if we wanted, take a “beautiful” Porsche shuttle to Südkreuz to see a Cabin Spacey home for ourselves. No thanks.

Look, y’all, I get it. It’s late capitalism and everything’s fucked anyway and it’s tempting to take the money and run. But I just wish there was a little more Room4Resistance (to quote another “woke” collective who’s DJ’d for Red Bull) when it comes to this stuff. We got rid of Google, didn’t we? Why can’t we make it safe for Berliners to go to DJ nights, panel discussions and art installations without accidentally helping prop up the image of auto corporations, real estate concerns or populist energy drink magnates?

In the meantime, a more enlightening look at the “future of urban living” might be found at this weekend’s WohnProjekteTage aka Experimentdays, a state-sponsored introduction to Berlin’s experimental housing projects. I’m relieved to say Cabin Spacey won’t be among them.