On the site of the former Jerusalem Cemetery bordering Tempelhof, this neighbourhood project organised by nonprofits Schlesische27 and Raumlabor provides local refugees with gardening workshops, a cultural space and, eventually, up to 50 housing units.

“It’s a nice microcosm of this very Berlin approach, where artists and alternative architects come together to address issues with affordable housing and refugee integration – which the city government is not dealing with so well – in creative, humane and enjoyable ways. This project in particular showcases the beauty of what can result from that process: on a small but decisive scale.”

This approximately 40,000sqm building, empty for over eight years, is set to be expanded as a living space for refugees alongside studios and workspaces for the creative sector.

“There are two points here: one, that it would provide a non-profit contrast to the otherwise way-over-the-top commercialised Alexanderplatz – an area which needs a few islands for needy people and alternative cultures, and cannot just be given entirely to shopping and tourists. And two, if successful, it would be a huge breakthrough in proving that these historically small-ish bottom-up projects can work on a larger scale in the city.”

The Swiss Edith Maryon Foundation recently purchased a 38,000sqm chunk of land on the site of Neukölln’s former Kindl Brewery. Part of it is now being turned into a project space and “circular economy lab” by the Agora Collective; other buildings will eventually provide temporary housing for Berliners in need.

“The speculative market is probably the most corrosive actor in Berlin’s recent urban development. That’s why projects like this one are so important, where a non-profit organisation manages to secure ownership of a property and keep it away from private developers. It allows an alternative project to come together without the pressure to make money right away – or the risk of developers coming in and raising rent!”

The iconic low-cost housing property at Kotti was in jeopardy of being sold to a private investor until April, when city-owned housing company Gewobag stepped in with their own offer.

“This was one of the first big challenges for the local government. A private developer placed a €60 million bid on the property. According to the law, the government had the right of refusal, so they could jump ahead of the bid and buy the property themselves if they forked over the same amount of money, but… €60 million? The government was ready to do smaller buildings and smaller pieces, but this was a serious test for them – and they passed with flying colours.”

A prime piece of city-owned real estate along the Spree – marketed by the city a few times, but unsuccessfully because of its proximity to a car parts manufacturer expelling toxic chemicals – is at risk of being sold to speculative developers… unless the city steps in?

“The hope is that Berlin does what’s called a ‘concept-bidding’ approach, where they only consider development projects that follow certain criteria (e.g., must be affordable, involve the local district, etc.). I’ve heard rumours that the people doing Markthalle IX have a good shot at this, which could give more power to local regional organic food systems. But of course, the worry is, they stick to what they’ve done time and time again and give it over to the speculative market, going for the highest bidder. This really could go either way.”

An extremely popular project aims to transform the Spree around Museum Island into a municipal river pool.

“This project really could be special for the city and it’s already received support from the Senat and the Federal Ministry for the Environment. But it’s facing tremendous resistance, namely from the Prussian Cultural Heritage Foundation. The issue is that it’s in a neighbourhood long sold out to tourists and historic conservationists, where there’s this sort of archaic, backward-thinking aesthetic being developed and, then, protected by the city. And so you’re getting absurd statements like, ‘Half-naked people dancing around doesn’t fit the surrounding historical image’ … So what? But these are the forces at play.”

Online shopping giant Zalando plans to build their new company campus on the long-empty lot across from Lido on Cuvrystraße, famous for its now-painted-over mural by street artist Blu.

“This is a sacred little piece of Kreuzberg land – a lot of projects and cultural events have happened here. The fact that Zalando is coming is up there on the scale of really bad, bad things. What about affordability? What about process? It’s going to be almost impossible for the city to do anything to stop this because the owners have had the permit to build for more than 20 years. Of course, the city has the possibility to buy them out, but that’s unlikely. This one looks lost to the forces of global capital.”

Last year, the energy giant opened this 50-bed community garden in front of its thermal power station on Köpenicker Straße.

“The main problem here is with language and presentation: the fact that Vattenfall is calling this a ‘community garden’. Which, in light of Vattenfall’s egregious environmental record, is an abuse of terms, hijacking what’s been developed through years and years of hard work by the gardening movement in Berlin. This is blatant greenwashing. People are angry, and rightfully so.”

Berlin’s 104-hectare horticultural exhibition out in Marzahn – originally intended for Tempelhof, until this was rejected by the city – opened in April and runs through October 15. It costs €20 to get in and boasts its own aerial tram.

“It’s not only bad, it’s a monster. This is entirely a top-down project, and so, unsurprisingly, it’s not really Berlin – more like a giant spaceship out in Marzahn. It’s not honouring any part of the city, like it would have, maybe, at Tempelhof, or doing much of anything to appropriate the community garden movement. It’s nice for tourists, and a lot of families will enjoy it – but does this really push Berlin further in terms of urban development? What do we really learn from it?” 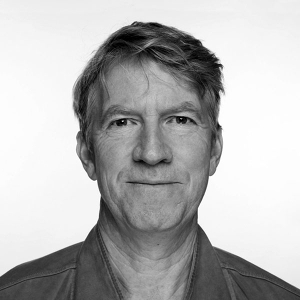 Seattle-born architect Michael LaFond has lived in Berlin for over 20 years. Since 2003, he’s been head of the non-profit creative sustainability organisation ID22 and organiser of Experimentdays. He lives in the cooperative housing project Spreefeld.