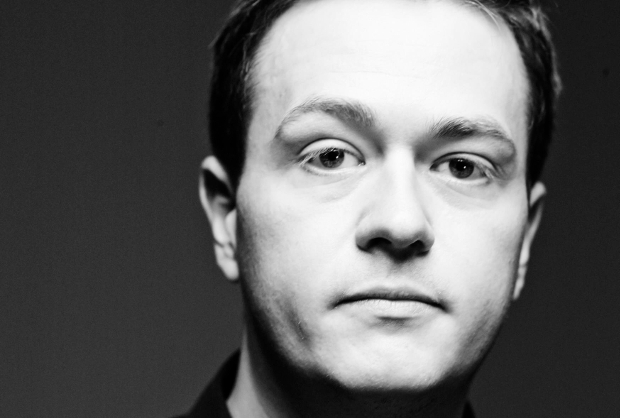 Johann Hari wrote the bestselling book Chasing the Scream, a new and comprehensive destruction of our assumptions about drugs and the drug war. The book offers a history of how the war on drugs began, a tour of its front lines, and a proposal for how to end it. He’s giving a talk on Friday, November 25 at the NIGHTS 2016 conference taking place November 24-26 at Watergate and Musik und Frieden.

Why did you decide to add the German chapter to your book?

Germany is particularly fascinating in relation to the drug debate. Timothy Leary described Germany as the “Homeland of Rausch” [intoxication]. Three of the most important drugs in the world – heroin, cocaine, and methamphetamine – were birthed right here, and Germany has been trying to commit infanticide ever since. Even though the term “Drogenkrieg” isn’t used in Germany, the drug war is real and is having all sorts of disastrous effects that are similar to what’s happening in the rest of the world.

It seems like Germany has taken a fairly middle-of-the-road approach to drugs, compared to parts of the US.

But middle-of-the-road in the drug war is still a disaster. The problems that are playing out in Germany are problems that I saw to a greater or lesser extent everywhere where drugs had been prohibited. Eighty-four percent of the German drugs budget is spent on repression – in Görlitzer Park alone, the police spent €500,000 in 2015 arresting 1600 people and you’ll notice it made no difference whatsoever.

You had a very personal reason to write the book. Did writing it change you?

One of the reasons I cared about this so much is because one of my earliest memories is trying to wake up one of my relatives and not being able to. And I didn’t understand why. Then, when I got older, I realised it was because we had drug addiction in the family. And when I first started writing it I, slightly arrogantly, thought I knew loads about it because I’d lived through it.

I’d also been in a relationship with someone who’d had a very bad drug problem, and a lot of the time I was angry with them – and I still am. But writing the book really helped me to see that it’s natural to be angry, but that doesn’t get you anywhere, it makes them worse. And what I try to say to the addicts in my life is not, “You’ve got to do the following three things or I’m cutting you off”, but “I love you whether you’re using or not using, and if you want me to come and sit with you I’ll come and sit with you.” And that’s not easy, and I can’t say I do it consistently.

As for legalisation, it’s all very well for partygoers to favour it, but they’re not the ones actually affected by drug addiction, are they? Isn’t banning drugs is a way of protecting people from becoming addicts?

Recreational drug use – which is 90 percent of all drug use, according to the UN office of drug control, the main drug-war body in the world – does not harm the user in any way, and users do not become addicted to those drugs. That includes even the people who use crack or meth. Then there’s the 10 percent that do become addicted or develop serious problems related to the drug. I think one reason the drug debate is so charged is because it goes to the heart of all of us – we all have a part of us that’s compassionate and knows that addicts need love and support, and we also have a part of us that’s quite angry with them and thinks, “Someone should just stop you.”

That’s why I wrote a list of basic questions: why did we go to war against drug users and addicts a hundred years ago? Why do we carry on when it seems to be failing so badly? What are the actual alternatives in practise? What really causes drug use and drug addiction? And I realised I didn’t know the answers to any of those questions, and that everything we think we know about this subject is wrong. Drugs aren’t what we think they are and addiction isn’t what we think it is.

We think if we grab the next 20 people to walk past our apartment and force them to take heroin for 20 days, they’d all turn into heroin addicts because there are chemical hooks in the drug that their bodies would start to physically need. And that’s what addiction is. But if that’s right, then a significant number of people who’ve had a hip replacement should become heroin addicts. And that virtually never happens.

In the book you also tell the story of Rat Park, a series of experiments conducted by the Canadian psychologist Bruce Alexander in the 1970s that showed that rats who live in a kind of paradise – where they were provided with amusement and other rats to hang out with – almost never drink morphine-laced water as opposed to normal water, unlike rats that live alone in an empty cage. This was supposed to prove that addiction has more to do with our living conditions than the drug itself. What do you think is the lesson of that?

There was a professor in the Netherlands called Peter Cohen who said we shouldn’t even call it addiction, we should call it bonding. Human beings have an innate need to bond and connect, and when we’re happy and healthy we’ll bond and connect with each other, but if you can’t do that, because you’re isolated or traumatised or beaten down by life, you will bond with something. That might be gambling, or porn, or cocaine, or alcohol. The opposite of addiction is not sobriety, the opposite of addiction is connection. So there are 10 percent who are using drugs because they’re in a huge amount of pain, and they can’t bear to be present in their lives. In that instance, to hate the drug is to miss the point. It would be like saying, “I know people who’ve got OCD who constantly flip light switches, and that’s made me hate light switches.” If you hate addiction, at some point you have to look at what reduces it, rather than just posture about drugs. It’s no coincidence that places with a repressive drug policy like Arizona and Vietnam have massive and rising drug problems, and Portugal and Switzerland, which have more compassionate drug policies, have massively declining drug problems.

What has Portugal done that worked so well?

In 2000, Portugal had one of the worst drug problems in Europe. One percent of the population was addicted to heroin, which is extraordinary, and every year they escalated the drug war, they arrested more people, and every year the problem got worse. And then one day the prime minister and the leader of the opposition got together and decided to do something really radical that no one had done before: ask a panel of scientists to look at the evidence. And the panel came back and said, “Decriminalise all drugs”, from cannabis to crack. But, and this is the crucial next step, take all the money we currently spend on ruining drug users’ lives and spend it instead on turning their lives around. So Portugal had a massive program of small business microloans and job subsidies for addicts. And the results are now really clear, 15 years later: injecting drug use is down by 50 percent in Portugal, more than anywhere else in Europe. There’s a massive decline in overdose deaths, in HIV transmission, in street crime.

But how do you sell that message politically – “let’s give more money to drug addicts” – that’s a tough sell, isn’t it?

Switzerland is a really conservative country, and they voted by 70 percent to keep heroin legal for addicts. Ruth Dreifuss, the former president of Switzerland, explained it to the Swiss people like this: when you hear the word legalisation, what you picture is anarchy and chaos, but what we have now with prohibition is anarchy and chaos. We have unknown armed criminals selling unknown chemicals to unknown drug users, all in the dark, all filled with violence, chaos and disease. Legalisation is the way we restore order to that chaos.

But what does legalisation mean in practise? Heroin cafes?

Legalisation means different things for different drugs. It might be legal to own a dog, a monkey, and a lion, but it’s legal in different ways – I can go into a shop and buy a dog, I’d probably have to get a license for a monkey, and for a lion they’d probably come and inspect my house and make sure I wasn’t a lunatic. In the same way, in Colorado they’ve legalised cannabis like alcohol, and that’s working quite well, and 70 percent of people in Colorado support it. In Switzerland, if you’ve got an addiction problem you’re assigned by a doctor to a heroin clinic – you go in, you’re given your heroin there, you have to use it there, a nurse watches you while you use it, and then you leave and go to your job. And look at the results: literally nobody has died of a heroin overdose in Switzerland in the more than 12 years they’ve been doing this. And street crime is massively down.

There are real problems associated with alcohol and other drugs – it’s not about saying all drugs are harmless and good, that would be grotesque. There are real dangers and real risks, as well as advantages and gifts they give to humanity. The question is, what legal and moral structure increases those harms, and what legal and moral structure decreases those harms? And that is not a theoretical question.

More about Chasing the Scream at www.chasingthescream.com