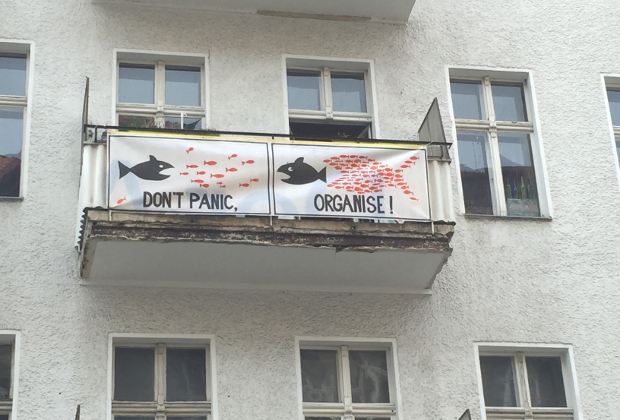 Have you ever heard of the Milieuschutz? That’s because hardly anyone has. And even the people who have (mainly council officials and tenants about to get fucked) ignore it and don’t really believe in it. And that’s part of the reason why affordable housing is running out in Berlin, why rents have gone up an average of five percent across the city (and seven percent in Mitte) from 2014 to 2015, and why the cost of buying property rose by 10 percent in the same period. It’s because no one gives a shit about Milieuschutz.

Milieuschutz was introduced in Germany in 1976 – it’s a law designed to protect your milieu (your social surroundings, your community) by forcing property owners to get permission for renovations, extensions, re-purposing, or demolitions from your local council authority. If any construction work like this threatens to change the social structure of the area (in other words, drive out a large number of tenants by driving up rents), the authority has the right to deny that permission.

The Milieuschutz was weakened in 1998, when the government decided that all modernizing work had to be approved if it involved creating the “contemporary furnishings of an average apartment” – which basically could mean anything.

Berlin has several Milieuschutz areas, including one in Kreuzberg around Eisenbahnstrasse, where a British off-shore investment fund named Taliesin wants to renovate three buildings and drive up rents by, according to the tenants calculations, around 80 percent. But since the renovations involve energy-saving insulation cladding, the owners not only avoid Berlin’s very loose and floppy rent cap, it also means the local authority will probably have to approve the renovations, even though most of the tenants won’t be able to stay. So the Milieu won’t be geschützt.

None of this is illegal – Taliesin (which was set up specifically to exploit Berlin’s booming property market) even advertises its money-making plan on its website: “Taliesin’s strategy has been to buy portfolios and individual buildings directly from owners or out of administration. To maximise capital appreciation, Taliesin undertakes various degrees of refurbishment on the properties as a means of driving up rents.”

You wonder why Berlin is getting so expensive? Why the rent cap isn’t stopping rents from  rising? It’s because the way the laws are set up now, property owners can treat all tenant protection regulations for what they are: a layer of bureaucracy they can just wave aside.

More of this sort of talk on Konrad’s weekly podcast with Drew Portnoy – News des Nachrichtens: