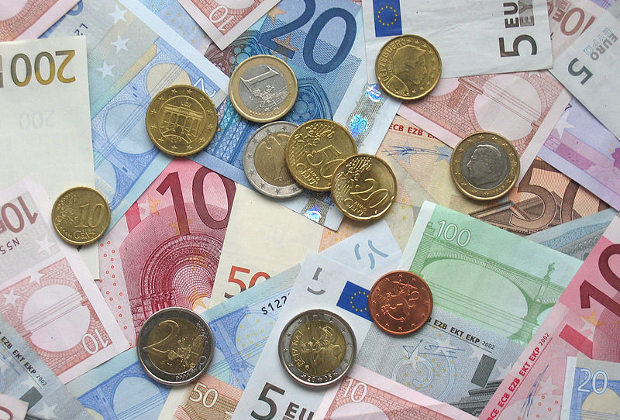 Do you ever have to lie to your mum not because the truth is too embarrassing to tell her, but just too complicated to explain? She’s going a bit deaf and easily distracted and you realize that even if you did tell her she’d forget anyway in half an hour and start worrying about something irrelevant that is never likely to have any impact on her life at all?

Well, that mixture of love and gentle deceit that marks your attitude towards your mum is the exact frame of mind that the government is in when it talks to you. When the government wants to do something but it doesn’t think you’ll understand why, it will tell you it has to do it to fight crime or terrorism. Last week, the German Finance Ministry said it was thinking of implementing a €5000-cap on paying by cash (12 European countries already have a similar cap). Bad news for car and art dealers, they say, but it will make it harder for criminals to launder money. Also, like dodgy builders, terrorist organizations also prefer cash.

In fact, no one outside the Finance Ministry appears to believe that this is true. The European Commission told the FAZ newspaper that it thought there were “more important and more efficient” measures to take against terrorism. German Federal Bank President Jens Weidmann said this week he wasn’t totally convinced that cash caps were a good way of fighting crime, while Professor Friedrich Schneider of the University of Linz, who studies these things and has a very authoritative name, reckons the government’s plan will make a one-percent drop in tax evasion, if we’re lucky. In fact, they say criminals can generally find non-cash ways of getting money, and anyway there’s always credit card fraud, which naturally increases the more you restrict cash.

So why is the government thinking about it? It isn’t just another power-mad attempt to collect even more data on you (although it probably is that too). But the problem with cash is that normal law-abiding people people tend to be fearful and paranoid, a bit like squirrels – so when they have a little bit of money they can put under their beds or hide it in a hedge, especially if they read Focus and they’re fearful and paranoid about the drop in the Chinese stock market and refugees and the Zika virus. Bankers, on the other hand, have always hated cash. (At the Davos meeting the other day, Deutsche Bank chief John Cryan said, “Cash is horribly expensive and inefficient.” He would like to get rid of it altogether.) The problem is, if people have too much cash hidden in a hedge, the government can’t use it as leverage when it wants to bail out Greece or pay for nuclear weapons or just keep the financial markets running. By forcing citizens to keep their money in banks it can be used as collateral for the financial markets. I’m not saying it’s all a bad thing – the fact that 62 people can hold half the wealth of humanity is partly down to the same squirrel brain. But governments and banks need to keep the cash flowing. Your money is never really yours, so stop worrying about it.

Check out the News des Nachrichtens podcast, with Konrad Werner and Drew Portnoy: