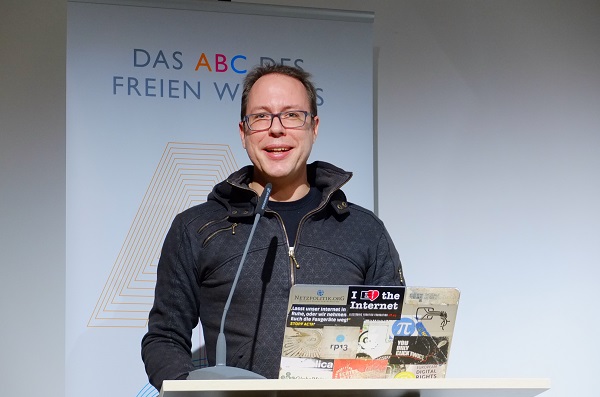 It’s not that hard to commit treason. Even Exberliner can do it. Here you go: here and here. Those are the articles about the “top secret” documents that detailed the German intelligence agency’s new plans to widen its internet surveillance. Watch out though: like a lot of articles on Netzpolitik, they’re a bit boring. I’ve read the first paragraph of one of them. I got as far as the headline with the other one. If you ask me you could hide quite a lot of state secrets in the bottom half of Netzpolitik articles and they’d be safe as houses. Safest place for them, really.

But they also say important things: The main point I managed to glean before my brain fell out three sentences in is that the Verfassungsschutz wants to move its budget around a little bit so that it can put 75 spies exclusively on reading internet chats and Facebook posts. In other words, the German intelligence agency is a little brother to the NSA’s big brother, and it’s growing up.

But I think Harald Range, Germany’s chief prosecutor, might now slightly regret investigating Markus Beckedahl and Andre Meister of Netzpolitik.org on a charge of treason, considering that a number of politicians have called on him to resign, the Interior Minister Thomas de Maizière has called him a fucking nobhead (or in political talk, he had his spokeswoman say that he doubts “whether the journalists’ publication had the intention of disadvantaging the Republic of Germany or benefiting a foreign power”), and even Angela Merkel has been persuaded to emerge from her tortoise shell to distance herself from Range.

The upshot is that some unfortunate journalists may have been forced to read to the end of the Netzpolitik articles in question, which none of them, you can be sure, did when they were published in February and April. Maybe Harald Range was drunk when he did it – maybe the treason charges were just one of those late-night emails you regret sending the next day. ALWAYS SLEEP ON IT, HARALD.

But here’s what I think happened: the German secret service has long been pissed off that someone among them has been leaking information to some speccy, facially-pierced journalists with hoodies and a website. When the NSA gets its secrets leaked it goes in the Guardian and the Spiegel and the New York Times. The Verfassungsschutz thinks the least their mole could do is leak their secrets to an actual newspaper. So one night, jealousy fuelled by a couple of cocktails, Verfassungsschutz President Hans-Georg Maaßen went, fuck it, we’ll charge them with something unnecessarily melodramatic like treason, and hopefully they’ll get thousands of new readers and some more donations and they’ll be able to afford a wash and some decent clothes and a proper website then maybe someone will care when they write about us. And look! It worked: It got in the Guardian. Or am I just being paranoid?