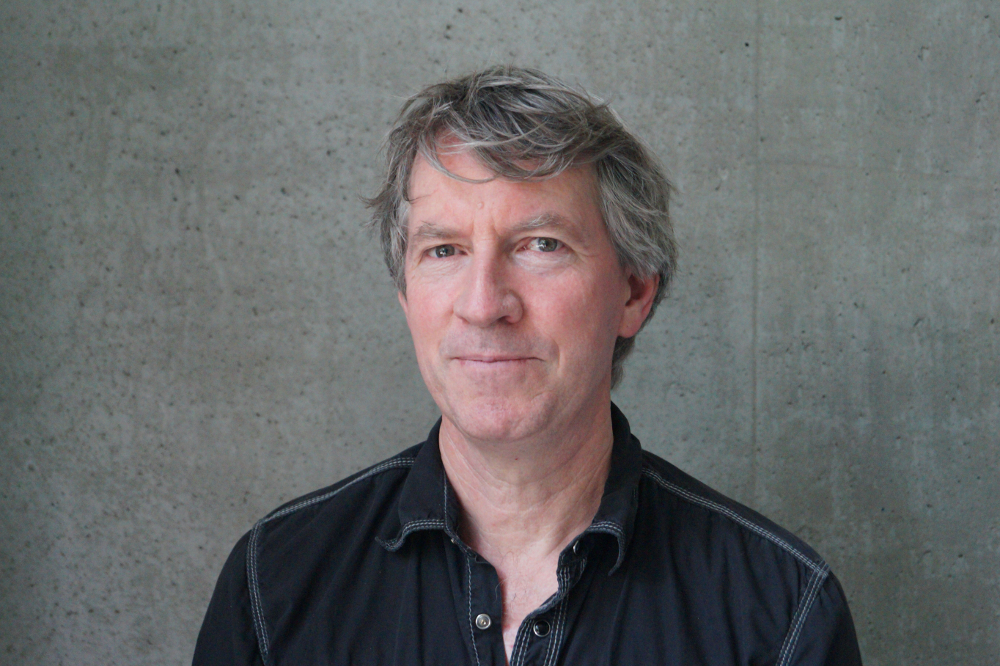 How can we save Berlin from greedy private investors and avoid speculation on the housing market? That’s one of the questions that Experimentdays.2018 tries to answer. For this years’ edition on November 8-11, Experimentdays joined ideas and resources with the RAW-Gelände in Friedrichshain, resulting in 25 workshops and discussions. We spoke to the man behind it, Michael LaFond, a US-born project manager and community developer, who relocated to Berlin 20 years ago and has been involved with Berlin housing market as an observer and activist ever since. What’s his take on the current housing situation in Berlin, and what can we expect at this year’s Experimentdays?

You founded Experimentdays in 2003. What was the impetus?

The idea behind Experimentdays was and still is to look at sustainable reuse of vacant land and buildings in Berlin, with a focus on continuous, community-led projects. This had been a big topic in Berlin. Coming out from the war, and all the way up until the last five years, the city had a lot of empty land and buildings. People were doing cool things with it. For example, the two locations where we started Experimentsdays: one of them was ufaFabrik in Tempelhof, which started off as a squat in an abandoned film lab in the 1980s, and turned into self-governing work/life project known today as the International Culture Centre ufaFabrik; The other location was the RAW-Gelände in Friedrichshain-Kreuzberg, an abandoned industrial area which in the 1990s was also turned into a cultural complex by its users. We wanted to draw a comparison, or exchange, between the RAW area and the ufaFabrik. They turned out to be two of Berlin’s many success stories. Maybe people squatted these places at first, but they found ways to reuse abandoned buildings in a sustainable way, stimulating community art.

Who usually takes part in Experimentdays?

You can see it as a series of networking events. That means that a lot of different people are invited to come together. Politicians, neigbours, acitivists, urban planners with project ideas, even people looking for housing or a community garden project to join. This year we invited Katrin Lompscher, Berlin’s Senator of Urban Development and Housing for one of our talks. We want our visitors to learn about each other, learn about places like the RAW-Gelände, and learn about the problems in the city. But also with a big focus on positive opportunities: what can people still do? How are we going to keep Berlin a city that we want to live in? And can live in?

We all know Berlin’s housing market is going through a tough time. What are the most pressing issues today?

Global investors have discovered Berlin in the last five to 10 years. It is one of the top places globally now for investments in the housing market. And they are doing what they can to gentrify the city. But for people like us Berlin is still a fantastic city. Why is that? Berlin, compared to most big cities, has an active, critical, civil society. And, we have a government that’s not that bad. Not just because it’s left of the centre, but also because this government has a relatively good connection with the people in the city, with the activists. There’s communication, and it’s possible for the people in the city to make some changes from the bottom.

Can you give us an example of that?

A good example is the initiative Deutsche Wohnen & Co Enteignen, a citizens’ initiative fighting to “expropriate” apartments from private companies like Deutsche Wohnen [the biggest private landlord in Berlin, owning around 110,000 apartments] and fight against speculation in the housing market. If successful, it would give the city’s government power to take tens of thousands apartments out of the hands of private owners and municipalize them. Berlin has had great success with citizens’ initiatives in the last 10 years. Progressive initiatives get a lot of support in Berlin.

What creative solutions are you coming up with through Experimentdays?

In Berlin, one important project for us is developing a community land trust (CLT). This is a new structure to own and manage land or buildings (already implemented in cities in the US, UK, Belgium and France), focusing on common good and avoiding speculation. This should include housing, but also things like commercial spaces and community gardens. Collectively with the government, banks and foundations, we need to make sure that the houses that are being built in the next years, are common-good housing. That means that it’s affordable, and that the people that live there can also participate in the decision-making. I want to emphasize that we [the collective of activist and experts involved in Experimentdays] do want the government involved, but we don’t think it should buy and own all the properties in the city. We’re on the left – there’s no question about that – but we don’t want to return to a time in the past were the government owned all the houses, or have them telling us what to do.

Will a community land trust actually help the housing market?

The most important thing about a community land trust is that the housing should be affordable permanently. Not just 10 years. Secondly, the people that live there should have the opportunity to organize their own management. People from the neighbourhood should also be involved in the long-term decision making about what happens to the land. We organize a conference on Friday, November 9 in Crack Bellmer, to focus on a community land trust – and hopefully start this in Berlin next year.

So, back to Experimentdays. You’ve been around for 15 years. What’s different this year?

Our focus for the last 10 years has mainly been on housing projects like cooperative housing and community housing. Now the focus is more on community arts projects like the ones happening at RAW-Gelände. Here the buildings and land are not used for housing projects, but for providing space for community art, small-businesses and non-profits. As the years go by, like everything in Berlin, we are getting more and more political. The rent prices are increasing almost every day. The reoccurring challenge each year is dealing with big private investors, who now own most of the buildings and land in the city. The reality is that we have to fight. Because when we don’t, the city is finished.