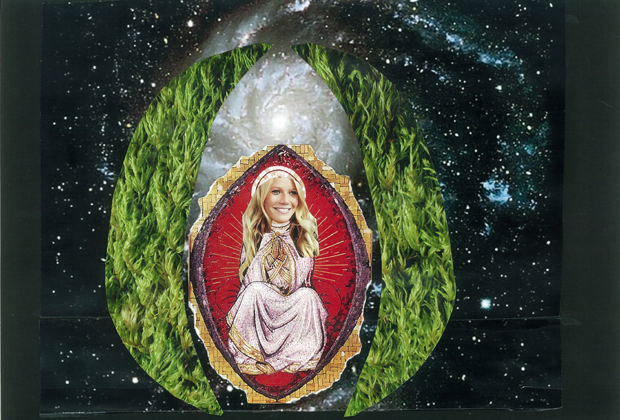 When chanteuse Taylor Swift penned the game-changing song of the millenium “Shake It Off”, her refrain “and the haters gonna hate hate hate hate hate…” was dedicated to Gwyneth Paltrow. Haters went to town last week on the bloggerette and her infamous lifestyle tome Goop after she espoused the practice of vagina steam cleaning. Punani-pampering Paltrow is being slammed like never before but rather than join the cries to burn the witch, Mossy hopes GP and her herbally energised uterus continue to shake it off because in the same way that everyone secretly likes at least one Coldplay song, everyone secretly enjoys a bit of Gwyn now and then. And let’s recognise that this is a woman whose heart skips a beat at the sight of a zucchini flowering and who believes that water has feelings. I’m sure she’d be steaming her fucking eyeballs if she could. While the traditional steaming methods are well-known as a way of keeping broccoli from bleeding its vitamins and removing wrinkles from clothing, Gwyneth’s puff-up-your-muff routine is slightly more elaborate. Evaporating water droplets are combined with the Asian herb mugwort to apparently ensure healthy PH levels and balance hormones.

But the furore surrounding this deluxe douche – the ‘V-Steam’ – has really just tapped into the age-old female neurosis of pussy panic, and at the end of the day Gwynnie is just like any other woman invariably scarred by the painful adolescent memory of some jerk claiming that vaginas stink like fish. And thus begins a woman’s infinite quest to make sure that she does not lag in the department of Muschipflege: shave, wax, laser, douche, perfume, swipe, vay-jazzle – the beauty industry has your insecurities made and $olved.

When I moved to Berlin at the tender age of 21, I quickly realised I had a cultural affinity with Germans because they water down fruit juice and I have always watered down fruit juice. Coupling the Apfelschorles with the hordes of ovary-watering German dads in organic supermarkets, I knew I’d found my place in the world. That was until my first visit to the Damensauna. As I was used to the Anglo-saxon style changing room settings, where one desperately tries to fasten her sports bra without even her best friend seeing her nipples, the shell-shock of now being amongst throngs of totally hairless women unabashedly prancing around naked was putting my Victorian-body-shame heritage into overdrive. It seemed like a porn set that I had certainly not been prepped (read: shaved) for. Suddenly I wondered if me and my moss garden were really going to make it in the Land der Ideen und rasierten Muschis.

I don’t know what magic German women and their silky pubic skin possess but any time I shave my cha cha, a week later it looks like a member of Hell’s Angels who’s been mauled by a dog. Why don’t German women get ingrowns? And more importantly, do German men have to have their love tunnel served fuzz-free? I’ve come to accept, after extensive research in the history of Teutonic hair-harvesting, that Germans overwhelming prefer their brackets without moss. This can be traced back to the 12th century when crusaders, after years of toiling across the lands, would return to their wives left at home in the villages. If the lascivious crusader were to find his wife’s privates overgrown, rather than interpreting it as a sign of fidelity he could only assume one thing: that in his absence not even the priest or donkey would go there because she clearly bore the spores of plague. Thus the bare vagina became a coveted signifier of hygiene and hotness.

If I were going to make it in Deutschland, I’d have to get down with historical tradition, but I still didn’t want to razor my lady bits and thus spent years and hundreds of euros getting Brazilians for Berlin cads who would try to split the price of the condom. Eventually I learnt that living in a foreign country is not all about totally assimilating but rather celebrating ethnic diversity and pluralistic pussy practices. I decided to embrace my mossy garden and only tend to her with an occasional trim. There are only three occasions when I will shave my Muschi: sleepovers with acclaimed authors at Soho House, holidays with children or an appointment at the Frauenarzt.

Now shaving for the Frauenarzt may seem a little, well, counterintuitive because vagina doctors have probably learnt at one point that vaginas are surrounded by hair, but he is after all a German man and I do after all want his babies. There is a famous maxim that you should never go out with a man who knows more about your vagina than you do, but I think if a man spends years studying to be a gynaecologist, he must have a deep and bankable appreciation of the yoni. And as long as he’s not photographing any other woman’s but mine, I can totally get into that. And before you deride my mental compass, dear readers, I do not get off on being in stirrups with my Frauenarzt poking around in there even though he looks like George Clooney and his office is a Georgia O’Keefe grotto of vulvic worship softly padded with orchids while ornamental crystal caves with bubbling water features purr in the background… I just do not mind it, at all.

And next time Christmas my next appointment with him comes around I might take a leaf out of Goop and have myself a Scheidenheilungskräuterwasserduftbad. (See, it sounds like something that totally should already exist in German anyway!) And as for steaming – well, steamed fish is one of the healthiest ways to consume protein.