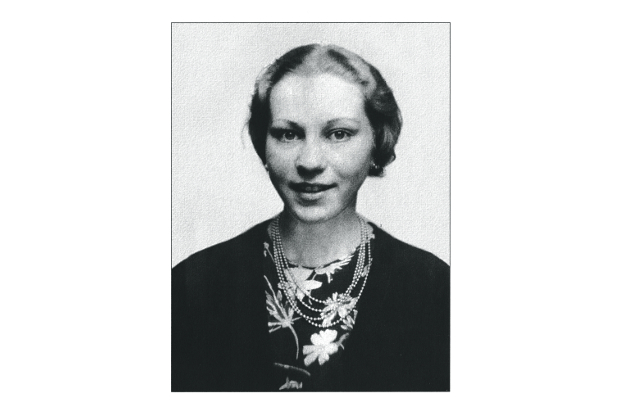 A Berlin historian taped his elderly mother’s incredible account of hiding out as a Jew in Berlin during the war. The resulting book, Underground in Berlin, has come out in English.

Hermann Simon had thought his life’s work was in restoring Mitte’s synagogue and its glittering, gilded onion-shaped dome to its former glory days. After 27 years as the director of Berlin’s New Synagogue Centrum Judaicum Foundation (during which, in 1995, he proudly returned the landmark synagogue to the city’s A-list of tourist attractions), the historian is retiring to pursue new challenges. But one challenge won’t let him go: his Jewish mother’s no-holds barred account of how she survived the Holocaust living underground in Berlin.

In June 1942, faced with deportation, 20-year-old Marie Jalowicz Simon made the extraordinary decision to remove her yellow star and go into hiding. Living under an assumed identity for three years, she became the subject of the goodwill, compassion and cruelty of a series of unlikely helpers, under the constant fear of being exposed and arrested.

On December 26, 1997, without warning, Hermann Simon plonked a tape recorder in front of his 75-year-old mother and said: “You’ve always been meaning to tell your story – go ahead.” It was time, finally, for Jalowicz Simon to break her 50-year-long silence on how she had escaped Hitler’s henchmen amid the insanity of the Third Reich. “As a professional historian, I felt duty-bound to record my mother’s story. It was extremely frustrating for me that I could not get my own mother to talk about her life,” says Simon.

Sex was sometimes the price you had to pay to survive. After the war, my mum married and that was the end of that.

But when finally, Jalowicz Simon accepted to go on the record, she spoke for hours on end, laying out a straight narrative in chronological order up to May 1945. It was as if she’d been mentally preparing for it a whole lifetime: her recollection of the details was clear and precise. “My mother didn’t leave a thing out. Nothing! After all, she’d had over 50 years to think about her memoirs.” The result was 77 tapes of candid, unadulterated honesty: She spared nothing and no one, least of all herself. Jalowicz Simon believed any distortions “did considerable harm to the truth”.

Her boots-and-all retelling left out no detail in describing the sexual depravity, human perversity and uncomfortable truths she experienced. It was finally published in book form last year – and translated into English this year – as Underground in Berlin.

Jalowicz Simon learnt the price for survival early on. In 1938, her widowed father started an affair with the much-younger wife of a Jewish couple in their shared, cramped lodgings. Then a 16-year-old schoolgirl, Jalowicz Simon thought nothing of sleeping with the cuckolded husband to smooth the waters and keep a roof over their heads. She not only discovered sex as her saviour, but as a political sword that could sweep away Hitler’s racial doctrines.

Once the war started, Jalowicz Simon, along with dozens of other young Jewish girls, were sent to work as forced labourers at a Siemens factory. She recounts with wide-eyed candour how Prahl, the notoriously sadistic Nazi supervisor, had his perverse world view dealt a stiff lesson by Katja, a fellow Jewish worker described by Jalowicz Simon as a stunningly beautiful, tall and slim brunette with “magnificent breasts.” While Prahl adjusted her lathe one day, Katja deliberately pressed her voluptuous breasts into her supervisor’s neck and back. Prahl, as Katja later recounted with glee in her unadulterated Berliner dialect, had to flee the workshop before his trousers exploded.

The girls were intellectually streets ahead of their supervisors. Semi-literate, they even surreptitiously asked for help in writing out wage packets or solving mathematical problems. Where “Aryans” were sought to replace Jews, they were often too ill-equipped and poorly-educated to perform their jobs.

Mother Nature also played other tricks on Hitler’s pseudo-scientific racial doctrines, one of which saved Jalowicz Simon from certain death: she bore a remarkable resemblance to her SS supervisor, Schönfeld. As the deportations gathered pace in 1942, Jalowicz Simon asked Schönfeld to sack her on the spot for no reason at all so that she could escape the girls’ looming fate. The SS man obliged without batting an eyelid and wished her well in the icy wastes of the underground.

Sex would now play the role of the trump card in saving Jalowicz Simon from the gas chambers, this time in the form of artificial relationships formed either to get her out of Germany or to a part of Germany liberated from Hitler. A farcical engagement to a Chinaman failed dismally due to communication problems.

Then a handsome Bulgarian caught her eye. That hope was dashed when she was caught in Sofia with forged papers, but Lady Luck saved her. Hans Goll, a bigwig in the German Embassy in Sofia charged with recruiting Bulgarian workers for Hitler’s manpower-starved Third Reich, issued Jalowicz Simon with an official German passport knowingly using her false identity.

Back in Berlin in temporary lodgings, her rabid Nazi neighbour Herbert Steinbeck – knowing she was a Jewess on the run – suggested she form a relationship with a Dutchman he had befriended at work. For Gerrit Burgers, an oddball and sometimes violent man, Jalowicz Simon was the love of his life. For the young Jewish woman, the black eyes and sex were merely the price she had to pay to survive. She and her emergency, de-facto Dutch husband moved in with a nearly blind old lady who lived close to the Oberbaumbrücke and idolised the Führer.

There, miraculously, Jalowicz Simon survived the last 18 months of WWII. Many of her neighbours knew her true identity, but kept their mouths shut – including the old lady’s SA son, Kurt Blase, who was killed in the final days of the war. Despite being political polar opposites, the SA man and Jalowicz Simon understood one another instinctively. A look or gesture often sufficed for communication between them. Humanity bonded what Hitler divided.

Jalowicz Simon never ceased to be amazed that she was never denounced despite even the local butcher knowing her true identity. The war over, she married her old school friend Heinrich Simon who had returned from Palestine after serving in the British Army. She went on to become a professor of literary cultural history at Humboldt University.

“Every name, date and address in my mother’s story stacks up,” says Hermann Simon. The only missing jigsaw piece from the perfectly-matching puzzle of Marie Jalowicz Simon’s escape from certain death is the fate of her Bulgarian lover, Dimitr Petrov Tchakalov. Simon’s attempts to trace Tchakalov’s family have proved fruitless. “But the game’s not over yet. You don’t know me,” he says.

Just 12 days after she recorded her last tape declaring her love for Berlin, its battlers of all political colours who had helped save her and her dearly beloved Berliner dialect, Marie Jalowicz Simon died from lung cancer on September 16, 1998.

Her story guarded an unexpected sting in the tail. During a book reading in Frankfurt am Main, a woman rushed onto the stage towards Simon. “She was extremely excited. She began to thank me effusively me for helping her to finally come to peace with her father, Hans Goll. She had never been able to find out exactly what his role in the Nazi hierarchy in Bulgaria had been. Now she knew he had been in contact with the Bulgarian resistance and had furnished my mother with false papers to enable her escape,” says Simon. “The Germans are all so traumatised by what their parents did in WWII. There’s a book in that too.”

Was Simon shocked or taken aback by his mother’s story? “It didn’t shock me. I drew a sharp line between being a professional historian and being her son. Those were abnormal times and promiscuity was part of it. Sex was sometimes the price you had to pay to survive. After the war, she married and that was the end of that,” says Simon.

He’s also keen to add that his mother’s book should teach readers that everything has its price and that there is no black or white, no noble heroes. “It’s all in greys. Survival is also a matter of chance. My mother had great luck. But she was also young, smart, and charming. She also believed that what happened in Germany could have happened anywhere else. When the mob takes over power, appealing to the lowest instincts, we are all capable of it. I’m afraid I have to agree.” Simon rules out any similarities between his mother and himself. Yet it does not take much imagination to see that the indomitable, free spirit of his mother lives on in the spectacular dome of Mitte’s New Synagogue.