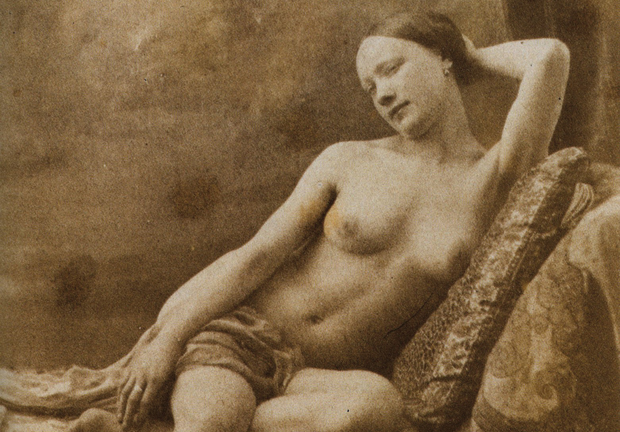 Tantric massage student Bonnie Carleton, 25, turned whore for a night to assess her survival potential among Berlin’s nude brothel scene. Requirements and experience for the job are as simple as the dress code: nothing. Graham Anderson sat down with her to get a unique, candid look at a local take on the oldest profession.

Was it difficult to find a job at a brothel?

Not at all. I phoned the manageress, and she said, “Come in.” So I went in at 6pm. She said pretty much straight away, “Okay, you can start.” So I asked, “What do I do?!” I was the first girl there, and there were two Italian guys at the bar and no other women. So the manageress said, “Quick, strip down, get in there, start working.” Then another girl turned up and warned me about the younger guys – they pump you hard for half an hour, so it is better to choose the older ones, close your eyes and pretend it’s Brad Pitt.

How was it with your first clients?

They were young, so I was already in the danger zone… They didn’t speak any English. So I was just using my basic Italian: “Ti piace, non ti piace…” I got a room with one of them, but he couldn’t get an erection with a condom on, so we didn’t have sex. Instead, he went down on me for the next 10 minutes. I thought, “Amazing! These guys are paying for half an hour and giving me pleasure the whole time.” But the Italian stallion wasn’t my type really. Beefcake. Muscly. He was just, “uhhh”. You know, a dipshit sort of guy. He was also a really hardcore finger pumper. And rough. I had to push him away. I couldn’t take such intensive stimulation for a full half hour. I don’t know how his girlfriend puts up with him. If he’d spoken English, I could have told him he was too rough. Overall… some girls have problems with the first penetration, but I got lucky. The Italian was okay.

How were your other customers?

After the Italians, there was this young guy. He was so fucking boring, a real creep. I got a really bad vibe from him. He asked me if I wanted to get a room, but I turned him down – who wants a room with a freak? Then I got involved with an interstate guy, German, about 40 or 45. He was really lovely, but he said he did not want a room and was just drinking. I don’t know what he was doing there. At this point I was really unimpressed by the clients. Really boring guys.

I ran into this real sweetie, who said he’d been to New Zealand and got really shy when I spoke to him. He said he never thought he’d meet such a lovely young New Zealander. He was overweight. He said he was 46, but more like 60. We got a room. First he gave me a massage. Then he went down on me for ages and then he fingered me. Then I gave him a handjob and we fucked. For my part, I really gave those men intimacy and a lot of myself. He said it was like being with a long-term girlfriend. For that, I reckon I deserve more than 40-odd euros.

Were there any problems?

One problem was the condoms. They were too small. I couldn’t fit them on the guys. Especially the last guy. He was a regular. He bought me three piccolos and suggested we move over to the couch to get a bit more intimate. He kept saying it was a shame we could not connect deeper, as he sensed there was so much more there. But I don’t speak German and his English wasn’t so good. Strangely though, I can’t remember having sex with him. One thing that struck me was that they were all fast comers. Even the fatties.

After him, you left?

I was about to, but then a really attractive guy came up to me at the bar. I told him I specialized in tantric massage, and he ordered an hour with me and a massage. We had a really nice connection. Then we fucked and after it was over, we still had 20 minutes left. He told me he hadn’t had sex for so long and how much he loved sailing and working out in the gym. He even asked me if he could add me to his Facebook page as a friend!

How much did you make?

I worked from 6pm till 3am and I made €240. The manageress gave me the cash and told me I’d had a pretty good night. It’s bullshit. You get €43 for a fuck, and the bar gets €32. I should have worked the drinks a lot harder.

Didn’t you make any extras, with the piccolos for example?

How were the other girls?

I met one girl who had been working in the game for over 15 years. She looked a bit shocked when I asked her how she could fuck five or six men a night for so long. I guess the good thing is you can do what you like.

Overall, how would you assess your experience?

I had no problem stripping down to just a G-string. It’s a great equalizer that the men are naked, but most of them wear towels. The funny thing is, I broke all the rules. I didn’t even know the girls used noms de guerre. I used my real name! And I kissed the customers on the mouth. I had orgasms. I suppose most girls know the rules of the game before they start.

Would you recommend this work for other women in Berlin?

Well, no. It’s not good pay if you’re doing it one or two nights a week. Four nights a week? €800. Then it seems amazing. But you have to watch how you feel for the next few days. You have to feel good in yourself, with your body. I felt very sick the next day. Somebody who fucks five or six guys a day six nights a week cannot possibly be in touch with themselves. You take on so much from other people.