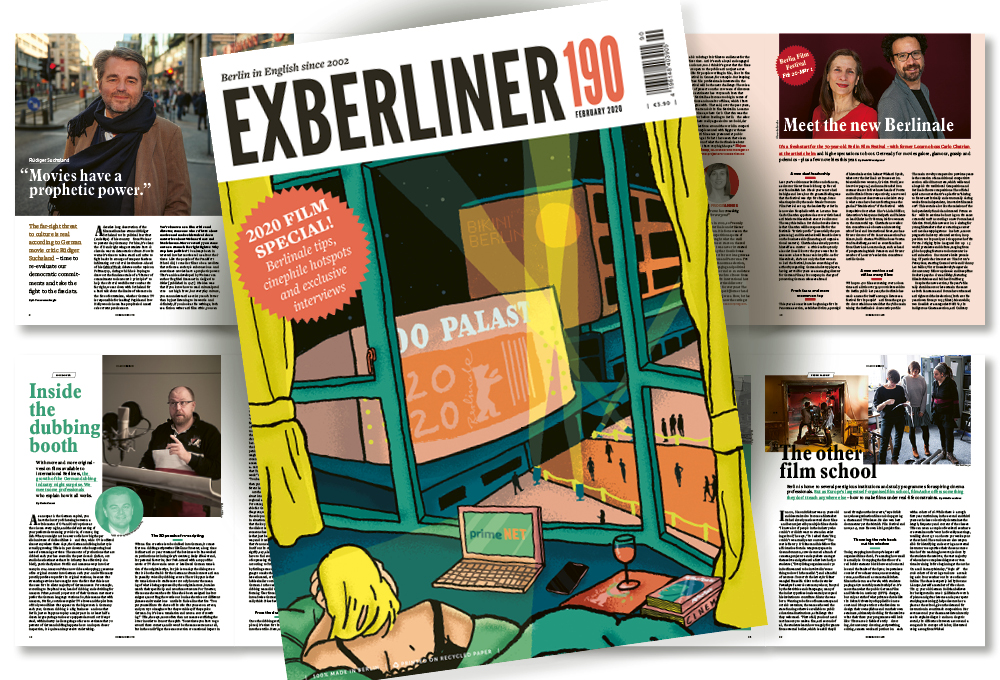 It’s officially film month, so we’ve prepared the ultimate guide to Berlin’s cinephile hotspots, all you need to know about the booming German dubbing industry, an interview with Oscar-nominated Berlin filmmaker Karim Ainouz and what (and who) you need to know ahead of the 70th Berlinale. Also in this issue: Film critic Rüdiger Suchsland on the meaning of films and responsibility of TV in the fight against the far right, the Wedding street name controversy explained, the Gay Berliner reports from the darkroom and much, much more!

INSIDE THE DUBBING BOOTH – Why the industry is booming in Germany

CINEPHILE HOTSPOTS – Where to get your celluloid kicks

INTERVIEW: BARRIE KOSKY – Why he brought Weimas last opera to the Komische Oper

THE GAY BERLINER – News from the darkroom