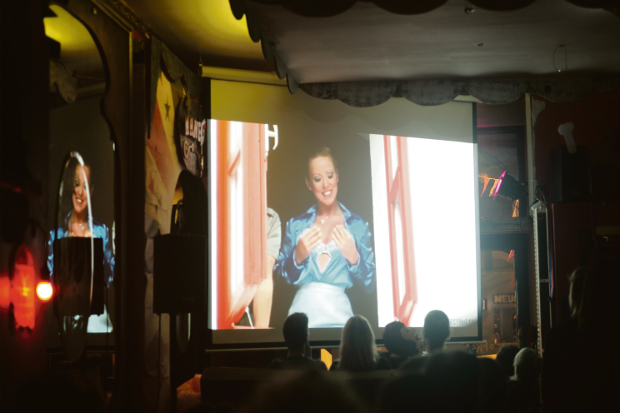 No, it’s not that kind of performance: instead, participants grab a mic and improvise voice-overs to “old-school-trash-pornos” projected onto a large screen.

Each month features new MCs – January’s maestros were London drag queen star Miss Cairo and actress Christin Nichols – and a new roster of smut, from “Curly Fuck” to “Dominanti X”. Be ready for some odd, kinky scenes, complete with catheters and golden showers.

Dressing the part will get you extra stage time; if you just want to observe, get there early to avoid sitting on the floor and brush up on your sex Deutsch, as it’s a mostly-German crowd. Blow-up doll not included.

Pornokaraoke, Every first Saturday at 20:00, next event Feb 4