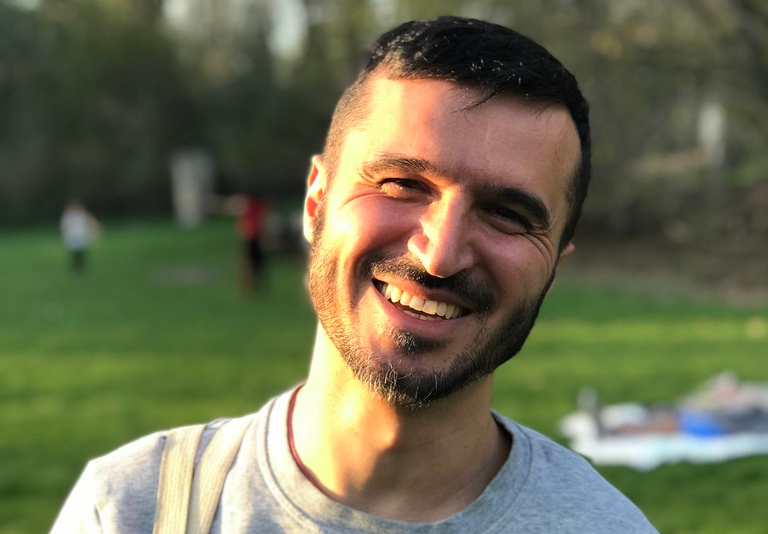 Looking for work, love or a home? Reza Memari has been connecting people looking for these things in nine different German cities through his ‘newsletter service’ WoLoHo (appropriately a conflation of “work”, “love” and “home”) since 2012. Respectively made up of three different free newsletters, WoLoHo subscribers can read about job openings, missed connections or love-longings or housing opportunities… or provide their own for upcoming newsletters. The Munich native arrived in Berlin in 2003 to pursue filmmaking, but his talent for connecting people soon took hold and through occassional networking dinners he hosted he created an ever-growing community, which he parlayed into a weekly newsletter. As it grew, he finally launched his WoLoHo in 2012. His motto: Help each other.

So how does the whole thing run?

We are three permanent, part-time employees. We have now 80,000 readers worldwide, with 32,000 in Berlin. We even have 4000-5000 subscribers from America, looking for a job or an apartment here from abroad. It’s always about big cities, so Berlin, Cologne, Frankfurt, Stuttgart, Leipzig, Hamburg, Munich, Düsseldorf and, since February, Vienna.

How does WoLoHo make money?

We have no investors backing us, all our money is taken from the job ads – everything else is free and we don’t run regular advertisements. As a result, we do not have a lot of money available, but it allows us to remain completely independent. If you have investment capital, you are automatically under pressure to grow consistently and make investors happy.

So why do you do it? What is that drives you?

The giving. Every week I send 80,000 people great opportunities to either develop themselves, find a new home, or find a pilates, yoga or spiritual Ayahuasca course. I really don’t do WoLoHo for commercial reasons, but because it’s still so much fun. We really mean “help each other”, as the posts don’t come from us, but from the community and we just pass them on. Our readership has developed in an organic way. People trust each other because they are still friends of friends. It stays cuddly.

It’s now a really good mix of creatives, both young and old, who are all incredibly interesting personalities, so to speak. The great thing is that it came from my networking dinner thing, so it originated from my own circle of friends, with everyone bringing someone over time: filmmakers, artists, marketing people, actors or authors.

Are newsletters a better way to connect people than websites?

We did a survey a few years ago, because we were worried that we were too old-fashioned. We asked our readers for their feedback and got answers like: “Please never change, you are my morning reading next to Tagesspiegel!” I have the feeling that we go down well, because we grow every month even though we don’t advertise.

So what kind of stuff happens in the newsletters?

In the homeletter, we always encourage people to reveal a bit about themselves and that makes the newsletters a lot of fun, because you really get a great impression of the people who are just arriving in Berlin. There are many beautiful stories, especially in the requests. In the loveletter, there are cuddle groups and some great dance stuff, as well as really great grief groups, where people who are mourning, mourn together.

Has anything crazy come out of it?

We actually are responsible for marrying people! We brought two people together via tandem language courses and they actually got married. Our loveletter has many exciting and sometimes daring posts, like dominas looking for slaves, group hugging events, shamanic vision quests and so much more.

What do you wish WoLoHo for the future?

The idea is that we slowly but surely bring WoLoHo to other cities and other countries as well. Because this “help each other”, at least in Berlin, works really well. In five years I would like to be in Switzerland, maybe London, maybe even New York.

Check out WoLoHo for yourself.