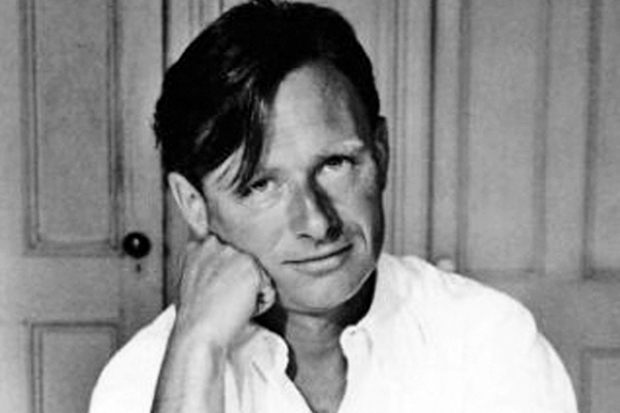 Back in July/August 2006, Exberliner published its infamous interview with Peter Parker, the biographer of Christopher Isherwood, patron saint of expats and gays alike, on the occasion of the 20th anniversary of his death. Letters later came in accusing Exberliner of being too gay with this issue, and the interview itself (aside from a small tip about gay sex in Tiergarten) seemed to be the reason. To celebrate one of the most famous Berlin expat’s 108th birthday (Sunday, August 26), we’re republishing the interview. Hope it’s not too gay! Happy birthday, Herr Ishyvoo!

This year marks the 20th anniversary of the death of Berlin’s adopted son and hero to expats in the German capital, Christopher Isherwood.

Last year British biographer Peter Parker completed the definitive biography on the Goodbye to Berlin author, tracing Isherwood’s childhood in England during the first World War, through his salad days in the German capital, prowling cabaret venues in search of boys, always in the mood for a good romp, to his remaining years in California with his lover Don Bachardy, where he embraced and practiced Vedantism – yet remained in the minds of readers and critics the jolly bon vivant of his beloved Berlin.

When I first arrived in Berlin nearly six years ago, I was startled by the many Germans I met who had never heard of Christopher Isherwood. Was I just meeting the wrong Germans?

[Laughs] I have to wonder. When I was in Berlin in 1997 to do the research on my book, I did see German translations of Mr. Norris Changes Trains and Goodbye to Berlin in the bookshops. So, he was definitely here. And at Isherwood’s old apartment house on Nollendorfstrasse in Schöneberg there is a plaque commemorating him, which I was really pleased to see – but the date of his death is wrong. The date they have is January 5, 1986. He actually died on January 4.

See! The Germans couldn’t even get their facts right on a plaque supposed to pay homage to Isherwood …

And they also got it wrong when he lived in that building: They say it was from March 1929 to January/February 1933. In fact he didn’t move there until December 1930, then left the following summer, coming back again in the autumn of 1932 and living there until May 1933. But I don’t think Isherwood’s presence has been forgotten. Just before I was in Berlin the Schwules Museum had an exhibition celebrating the centenary of the gay rights movement, and the title of the exhibition was “Goodbye to Berlin?” with a picture of Isherwood on the catalogue’s cover. I was in Berlin to work on a documentary for SFB about Isherwood, W.H. Auden and Stephen Spender. The film was more like “Isherwood for Beginners,” but there was definitely interest in him.

But you still haven’t found a German publisher?

There was no publisher interested in it, I imagine because the book is very long and translating it would cost a lot.

The book has gotten mostly strong reviews. Yet, one person didn’t like it: Don Bachardy, Isherwood’s former lover. He said it on many occasions. Didn’t you consult him for your research?

When I initially considered writing a biography of Isherwood, I wrote to his executor and long-term lover, Don Bachardy, in California and asked him if anyone else was doing it. He said that he had been approached by several writers, but that he hadn’t approved any of them. He had read my earlier biography of J.R. Ackerley (the English novelist and memoirist, and another difficult man), and so he was familiar with my work. He happened to be coming to London, and so we met. He was clear that he didn’t want a biography done before Isherwood’s diaries were published, but apart from that he gave me the go-ahead. But when he read my book, he never wanted to have contact with me again and, yes, has since denounced me in the American press. He accuses me of not liking Isherwood’s books!

I first read Isherwood while at public school and was fascinated by him. This was in the 1970s, so Cabaret had just come out and I thought it was a marvelous film. My view of Isherwood – after having spent 12 years with him, so to speak, working on his biography – is that he was an uneven writer, but at his best, he was very, very good indeed.

But your book is pretty balanced, you’re fair to him. Isherwood was in fact a difficult man. Your biography describes this awful relationship with his mother …

Yes, one review, I think it was in the Literary Review (in London), carried a photo of Isherwood and underneath it said “Beastly to his Mum”!

Yet he could also be beguilingly generous, for example, when trying to secure exit papers for his lover Heinz Neddermeyer in 1933. It’s hard to pin down your feelings on Isherwood …

I’ve read reviews of my book which say that he emerges as a monster, and other which say that his charm shines through, so I feel I must have been doing something right. I think if you spend 12 years writing about someone, you have to have some affection for them, but it is your duty as a biographer to be objective, to guide your readers a little, but mainly just to present the evidence and let them make up their own minds. I was and am a big fan of Isherwood, and though I sometimes got annoyed with him as a writer and as a person, I was never bored by him, So, for me, writing the biography was something of a tribute, and I felt enomously privileged to have had the chance to do this.

Isherwood liked to claim he had 400 lovers. On the other hand, later in his life he turned to Eastern philosophy and was devoted to his swami and to meditation and mantras … He seems to have had within him this strange tension between debauchery and discipline.

[Laughs] Isherwood joined a Vedanta monastery during the war and, I think, he honestly felt he might really have become a monk if he hadn’t been so troubled by chastity. The fact is that he had led a self-indulgent life before any of this, a very sexual life. And his British friends always sort of smirked at this: You know, here is someone who is known as particularly naughty and now here he is sitting at the feet of an Indian mystic … I think that Vedanta, this form of Hinduism that he followed, came along at the right time for Isherwood. His faith was not conventional, however: What it came down to, he always said, was that he believed in a man who believed in God. He was very lucky to find Swami Prabhavananda. They were very fond of each other.

Back to Isherwood the writer: What makes his Berlin stories so masterful and famous? His distinctively detached and cool prose? What did he think of them later in his life?

Isherwood, as he got older, actually criticized his Berlin stories. He didn’t want to be remembered just for his early books, but he also thought they were dishonest about his sexuality and that the “Isherwood” character was too detached. You’re right, though, that the power of Goodbye to Berlin lies in this detachment. There’s no hand-wringing over these awful things that are happening …

The atrocities, the Nazis coming to power, that speaks for itself …

Yes, exactly. He uses straight reportage to describe these eruptions of violence in the streets and it becomes all the more shocking to the reader because it is so matter-of-fact. It’s been said that the Germans sleepwalked into the whole Nazi thing, and his book totally captures that atmosphere. And these books read as freshly today as when they were first published.

How was it for you doing research in Berlin? Where did you start?

No, absolutely not. I was in Berlin in 1997 and it was my first visit. I tried to find all the places that meant anything to Isherwood, though obviously much of all that is gone. I got to know some Berliners through working on this SFB television documentary. It helped a lot, having people point me in the right direction. I was in Berlin for only 10 days and it was an intense period because of the amount of filming I had to do. I was filmed reading the opening lines of Goodbye to Berlin standing at a window in Isherwood’s old apartment in Nollendorfstrasse. I remember looking out of the window and thinking that that street hadn’t really changed. We also did some filming in a gay bar in Motzstrasse which had the same name as one of the bars Isherwood frequented, the Eldorado.

You also mention the Cosy Corner bar in your book.

Yes, that’s where Isherwood often went to meet young men. It was around the corner from where W.H. Auden lived. That’s at …

Yes, but of course it’s no longer a bar.

Your book, although very long, leaves out a lot of details. For example, a note refers to a conversation with Bertolt Brecht – what was that all about, and why didn’t it make the final cut?

I was told by my American publisher, when I finished the book, to cut it by 20 percent. But, obviously, if you cut, you also have to add material to bridge the gaps. I actually can’t remember now why that didn’t get in. But Brecht and Isherwood just didn’t see eye to eye. Isherwood thought him humorless and doctrinaire. What he liked about Brecht was Brecht’s son …

Of course! And also, Isherwood knew Brecht only slightly and only in California, not in Berlin. Isherwood just didn’t go to the theatre a lot when he was in Berlin. He preferred the cinema, loved the cinema, in fact. He also read indiscriminately, everything from trashy detective novels to great political works. But Isherwood wasn’t really political and Brecht, obviously, was.

That’s something else that is rather contradictory with Isherwood, because his Berlin stories had nothing political in them, however subtle. Academics and critics even today sort of wonder where Isherwood would stand on social issues in the gay world. What do you think his opinion would be, for example, with regard to gay marriage?

You can never really say what a dead person would think, obviously, but my instinct tells me that he wouldn’t really approve because he always denounced marriage as a heterosexual institution, part of what he called “the heterosexual dictatorship.” Isherwood himself would have never entered into marriage. It just wouldn’t have been his style. But, on the other hand, he strongly supported gay rights and might have been for the idea of people being given a choice.