Berlin is so full of powerful, outspoken female directors, playwrights, artists and gallerists that you might think the gender gap doesn’t apply to stage and visual art. Our editors are here to tell you otherwise. STAGE: NO LOVE ON TOP 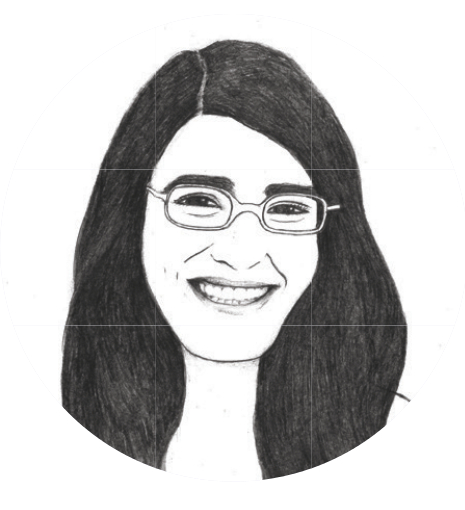 It’s 2016, and despite the lack of Aufschrei (“outcry”), sexism is alive and kicking in one of the continent’s biggest and most innovative theatre capitals. Let’s take it from the top: In Berlin, just one of the five state theatres and three opera companies is run by a woman: the Maxim Gorki Theater, whose Intendantin is Shermin Langhoff. So we’re talking about 12 percent representation, somehow less than the national average (for the whole of Germany, of 124 artistic directors, 23.5 percent, i.e. 19, are women). It’s not always been this way. The Friedrichstadt-Palast was brought out of the rubble of WWII by, yes, a woman who clawed her way up from performer to artistic director. And wasn’t Helene Weigel at the helm of the Berliner Ensemble before and after her famous husband Bertolt Brecht’s death, some 20 years in total? Where have Berlin’s Intendentinnen gone? And what about female directors? Think of the most well-known theatre makers who work in Berlin and you’ll come up with some serious international heavy-hitters – the likes of locals Frank Castorf (Volksbühne) and Thomas Ostermeier (Schaubühne), or foreign Berlinophiles Robert Wilson and Milo Rau – but no women. Theater heute magazine crunched the numbers in 2011: women make up 29 percent of German theatre directors. Grim enough. But look at the programmes for Berlin’s state theatres, and check out how many of these women have shows running in May – you can count them on one hand. And it’s not because their plays suck. Have you seen the streak that British director Katie Mitchell has been on? We’ve got our Google Alerts ready for her next production at the Schaubühne or Staatsoper. Or Karin Henkel? Yael Ronen’s not even the Hausregisseurin of the Gorki. Clearly Berlin audiences have no problem with thorny women writers – like Elfriede Jelinek and Sibylle Berg. There are plenty of superstar women choreographers and actors working in Berlin (hello, Sasha Waltz and Sophie Rois). Not to mention the women behind the scenes – the dramaturgs, the assistants, the marketing and press people. So what’s keeping females from the top? And why aren’t they more vocal about it? We love the post-migratory, Turkish-German perspectives Langhoff has brought to the Gorki, and the fact that she champions female playwrights – but when it comes to her perspective on being the sole female artistic director of a Berlin state theatre, she’s been awfully silent. It’s a little brighter in the “free scene”… maybe. Two of the larger houses, HAU and Sophiensaele, are run by women. Dock 11 was founded by two women who wanted to create a venue for experimental dance theatre (and they continue to do great work). And women help lead the artistic vision of some of Berlin’s most internationally famous theatre companies, like Gob Squad and Rimini Protokoll. And then there’s She She Pop, a collective that does everything – from writing to performing – as an ensemble. So not only are their working methods anti-hierarchical and feminist, they make work about gender from their clear position as a group of female and feminist theatre makers. Yes! And there’s hope: a look at this year’s lineup of Theatertreffen, the festival of German-language theatre held in Berlin every year, shows that the tide may soon be turning. Their 2016 jury includes only Barbara Burkhardt: ouch. But half of the invited directors are female, and next year half the jury will be replaced by women. Plus, the whole festival is run by the quiet powerhouse Yvonne Büdenholzer, who is eager to connect the invited productions to social and political issues. So she has invited firebrand director Susanne Kennedy to put up a play about this very question, Hideous (Wo)men. Lesson learned: When women are at the top, you get fewer theatre seasons filled with plays by, directed by, about and for white dudes! –LK VISUAL ART: WOMEN, REPRESENT? 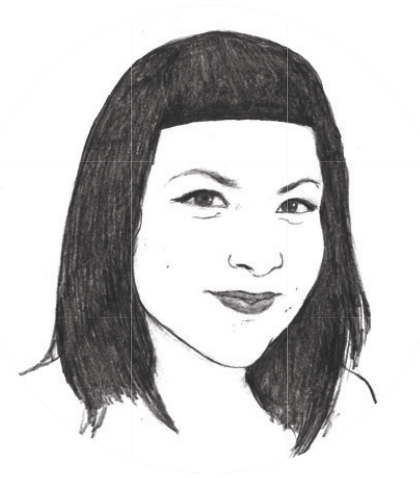 At first glance, female artists seem to be making great strides in busting up the Berlin’s boys’ club. German women, Berlinerinnen in particular, are being recognised more and more as international power players. Just look at the success of Hito Steyerl, Isa Genzken, Kathrin Sonntag and countless others. And when it comes to movers and shakers, Berlin’s got Maike Cruse, director of Gallery Weekend and art fair Art Berlin Contemporary; Esther Schipper, owner of the influential self-named gallery; Karen Boros, one-half of the power couple behind the world-famous Boros Collection; and Monika Sprüth and Philomene Magers of Mitte’s Sprüth Magers, with locations in London and Los Angeles. But wait: women make up only one-quarter of the artists represented at Sprüth Magers, and one-third of those at Esther Schipper, matching deplorable international averages. And from 2007-2014, just 25 percent of solo exhibitions at the Berlinische Galerie and Hamburger Bahnhof were by women. The truth is, Germany’s art scene has notoriously been and remains male-dominated. Rosemarie Trockel just barely makes it onto the list of the top 10 most successful German artists. Only 12 women have graced the walls of the Venice Biennale’s German Pavilion since it opened in 1950, versus 98 men. And Berlin is not doing much better. “As far as the current art scene goes, male artists tend to be better connected with larger or more prominent galleries and collectors,” diagnoses Nadine Dinter, owner of the eponymous Berlin-based art PR agency. One full-time artist we’ll call Julia agrees – although she didn’t want to be quoted by name, for fear she’d “cause damage, or be put in the feminist category”. “I met a female gallerist recently who told me about a collector who was interested in buying an artwork at a very established gallery. After asking the gender of the artist and learning she was female, he declined. Outrageous, right?” It’s not to say that women are absent from the art world. Far from it. Safia Dickersbach, founder of Berlin-based art publishing house Dickersbach Kunstverlag and the annual art journal Protocollum, says: “Look at the whole industry! I admit that you hear more often about famous male artists than about female artists, but who’s running the whole engine? It’s women, big time! Art historians, critics, gallerists, curators, journalists… the top 20 major German museums have mostly female staff. And even at the Venice Biennale, although the official exhibition is usually curated by a man, you find a lot of women curating and managing the national pavilions.” The Tanzanian-born Dickersbach offers up some Maasai philosophy: “There’s a whole bunch of boys, but it’s women who gave birth to them.” Well, they keep on running the show, excluding sisters from the top. Last month we interviewed Leiko Ikemura, who has just left her professorship at UdK to focus on her art full-time. When we asked her if she had faced discrimination over her 30-year career, she said, “I think I did, but I refused to make a big deal out of it. I could have complained every day, but I didn’t want to be ugly with anger like others – it’s not sexy at all!” Anger might not be attractive, and feminism taboo, but what about a little Aufschrei about enduring sexism in the Berlin art world? –ART