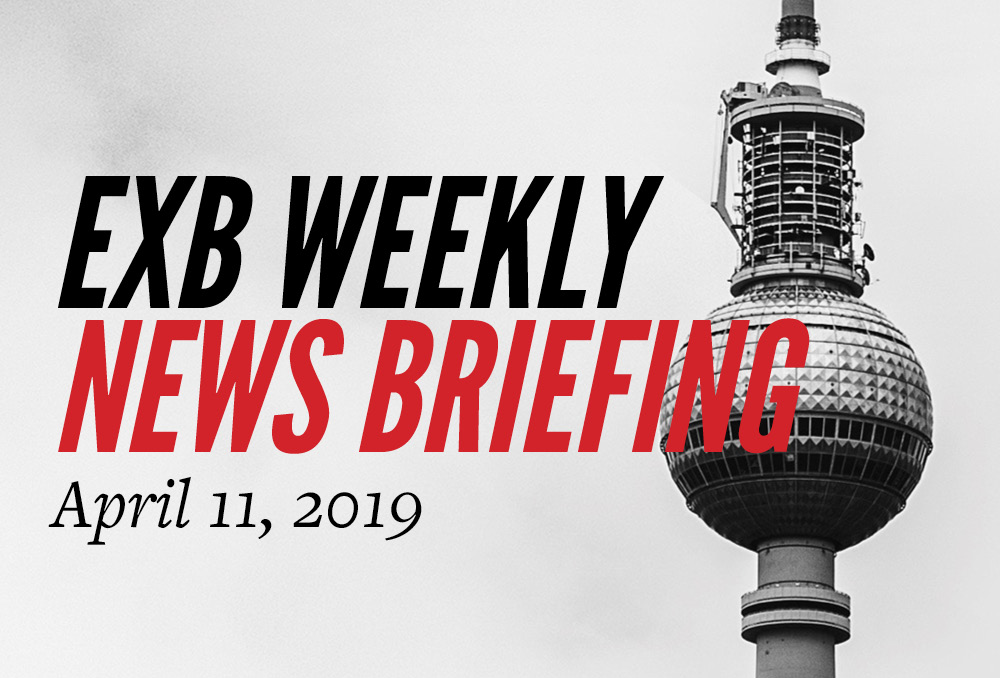 No May Day at Görli For this May 1, there will be no celebrations going down at Görlitzer Park, it was reported on Thursday. The decision was made by the district of Kreuzberg, effectively banning the usual combo of music, barbecues and stalls. After the district tried to stage its own “MaiGörli” party last year, it concluded that the park got too crowded and didn’t have enough toilets on-site. A poll among residents also showed a lack of support. Looks like you’ll just have to head to Kottbusser Tor’s Myfest for your anarchist-socialist-slightly-commercialized beer this time.

How to summarise Berlin? The Senate is searching for a new slogan for Berlin, as of Tuesday. It’s been 11 years since the “Be Berlin” marketing campaign was launched, and given that the city’s population has grown by 300,000 and economic output has increased by 50 percent, it appears to have worked. But now the Senate are struggling to come up with a fresh catchphrase to mark a new era. Sadly they haven’t opened up the brainstorming to the public, but we’d love to hear your suggestions!

New toilets for the city On Tuesday, new barrier-free toilets were inaugurated in seven locations from Friedrichshain to Schöneberg. Provider company Wall has planned 192 extra loos in total, 88 to be opened this year. The new rectangular lavs come at €150,000 a pop and city is investing a minimum of €240 million. Wall is also bringing out a matching app: “Berliner Toilette” locates the cubicles, informs you about their current condition and allows you to pay as you go (€0,50 per visit). Sounds like these are going to be the shit!

Berlin vs rats In 2018, the number of reported rat control missions saw a significant increase compared to previous years, it was announced on Sunday. Citywide, 11,414 missions were recorded, a “notable” 14 percent increase from 2017 according to a spokesperson for the State Office for Health and Social Affairs. Around 6370 missions have been documented since 2013 and the numbers continue to rise. But whether this is due to an increased number of rats, or more efficient means of reporting the creatures, it’s hard to say. Either way, poisoned rats on the pavement or floating down the Spree might become a more common sight.

Half-marathon record breakers While you were lounging in the heat on Sunday with a Berliner Weisse, history was made at Berlin’s Half Marathon. European 5000m champion Sifan Hassan smashed the 13-year-old course record with a time of 1:05:45, while Kenya’s William Wanjiku won the men’s title in 1:01:00. Hassan managed to win by a comfortable three-minute margin, but the men’s contest boiled down to a thrilling sprint finish at Brandenburg Gate, with Wanjiku winning by a second.

Tenants take to the streets Up to 35,000 people took part at the demonstration against rising rents on Saturday. The demonstration coincided with the start of signature collection for a (non binding) referendum on a potential expropriation of real estate giants such as Deutsche Wohnen and socialising more than 3000 flats. The initiative wants to make the city buy the buildings back for a compensation sum of up to €30 billion. For the first phase, “Deutsche Wohnen und Co enteignen” needs 20,000 signatures are required, 15,000 of which they claim to have already. For all the details (in German), have a look at the proposal yourself.