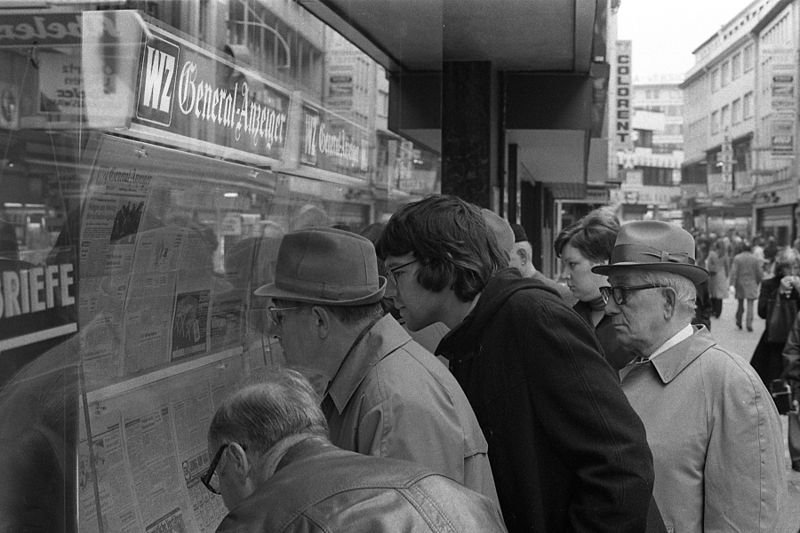 A weekly round-up of news stories that piqued our interest or made us scratch our heads. This week: Kippa-day in Charlottenburg, oral sex on the S-Bahn, an end to the Echo awards and a big green train bound for Stuttgart.    Berlin trägt Kippa Around 2500 people (both Jewish and non-Jewish) showed up in Charlottenburg at 18:30 on Wednesday to show solidarity with the “Berlin wears a Kippa” movement, in response to an alleged antisemitic attack in Prenzlauer Berg last week. Michael Müller, Berlin’s mayor, commented: “Today the Kippa is a symbol for the kind of Berlin we all want, and the kind we’d all like to live in”. Is a kippa-wearing Buddy Bear coming soon? Echo-fate Also on Wednesday, Germany’s BMVI music industry association decided to scrap the Echo awards altogether, following the massive shitstorm after rappers Farid Bang and Kollegah won the award with lyrics like “I’m more toned than an Ausschwitz inmate.” International celebs such as Berlin-based conductor Daniel Barenboim returned their past awards in protest. Both rappers have offered free “lifetime” tickets to the duo’s Jewish fans. Too late, too little. As put by Barenboim, their lyrics are not just antisemitic but also “misogynist, homophobic and contemptuous of human dignity”. Sounds like lifetime free tickets for everyone! Go green Those big green buses have a new venture: big green trains. On Thursday, the first Flixtrain bound for Stuttgart departed Lichtenberg station (the Hamburg-Cologne route opened last month). The entire journey to Stuttgart (via Hannover, Göttingen, Frankfurt, Darmstadt and Heidelberg) takes around 7 hours and tickets start at 39 euros for the whole trip, compared to over 90 euros for the same journey (around 6 hours) with Deutsche Bahn. Oral at Ostbahnhof A 36-year old woman pleasuring her partner on the S-Bahn? A copulating couple on the S5 between Jannowitzbrücke and Ostbahnhof attacked their fellow passengers – resulting in light injuries – after being asked to cease their sexual activity. Spargel-spike! Spargelzeit (asaragus season) is here, but be ready to dish out more than last year for the tender stalks! Now at €9.97 per kilogram (according to recent surveys), asparagus is 40% more expensive than it was in 2017. There goes the neighbourhood: Accommodation prices are rising in 80% of Berlin neighbourhoods, according to real estate portal McMakler. The steepest increases are in Neukölln (8.86%) and Wedding (8.63%). The study predicts a price stagnation in coming years. Let’s hope so! Haupt-bomb-hof What’s lying beneath the Hauptbahnhof’s shiny structure? Apparently a massive 500-kg, 40-year old, WWII bomb found in the nearby Heidestraße. Chaos ensued as the main station was evacuated and everyone within an 800-metre radius had to leave their homes whilst the bomb was diffused. It’s thought that there are still some 3000 unexploded bombs underneath the city. Military-industrial contest The ILA Berlin air-show – the oldest in the world’s – took off on Wednesday, and flies through until Sunday. Subjects range from weight reducing 3D plane printing to algae as an alternative, sustainable fuel, and even pilotless aircrafts! It’ll be the first exhibition of an F-35 Fighter Jet by the US Airforce, and is the launchpad for a Franco-German cooperation to develop a new fighter jet to replace the Typhoon and Rafale warplanes, beginning in 2040.