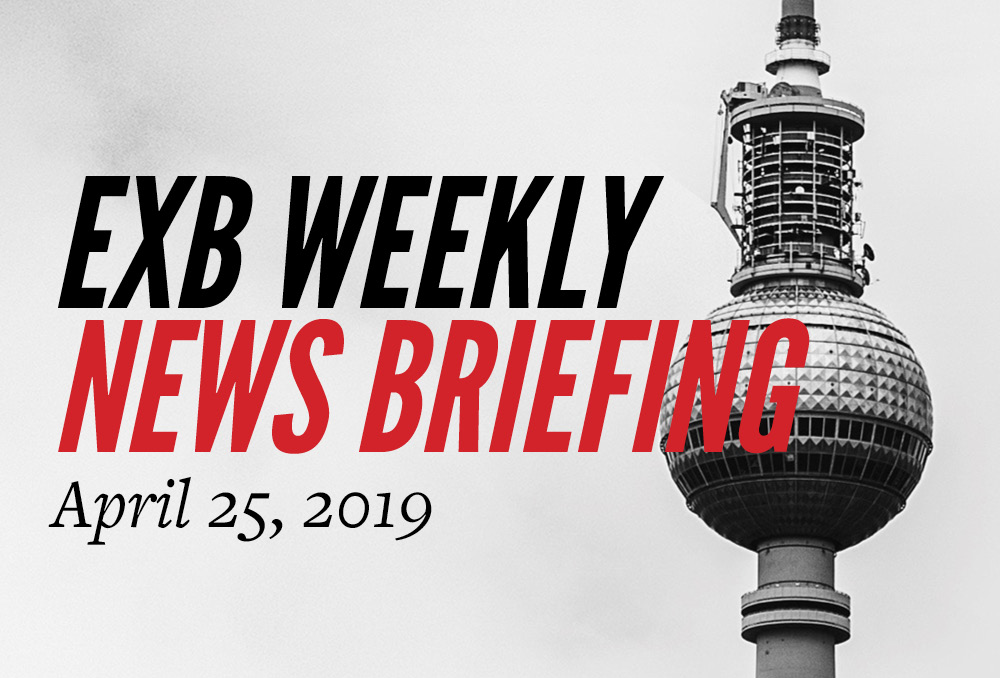 Labour camp chic? Ew, no thanks! Berlin architects Seemann-Torras have caused public outrage by transforming a former labour camp in Marzahn-Hellersdorf into designer apartments. The two flats of 380sqm are being advertised as retaining the character of the barracks without compromising on comfort or aesthetics. The venture has been criticised as tasteless, but new tenants have already moved in. Who cares about the suffering people went through in the past when you’ve got trendy digs, right? We’re just… ugh.

Spandau vs trash Spandau’s Bezirksamt has invited locals to highlight the district’s pollution problem by spraypainting trash lying around in parks and other public spaces. The initiative called #spandauerflecken caused a stir on social media when users started asking whether the spray cans would be biodegradable and one lawyer suggested the Amt should investigate the campaign itself as an environmental offence. Not sure what they were thinking in the first place, but neither side now seems to be making Spandau actually any cleaner.

Saving Liebig34? Kreuzberg’s Green city planner Florian Schmidt has called on the Berlin government to buy Liebig34, the local house project scene’s pièce de résistance in Riegaer Kiez. His Facebook post came on Saturday, not much more than a week ahead of this year’s May Day protests. The Leibig34’s contract with the building’s owner ran out last year, leaving them with no (immediately clear) right to stay. An eviction is deemed likely to (again) lead to violent clashes. Opposition party CDU has criticised Schmidt’s initiative.

Späti control? Mitte district mayor Stephan von Dassel wants to take action against alcohol sales in convenience shops aka Spätis responding to calls from allegedly suffering residents. Although most of the late night shops survive thanks to the alcohol sales, it bothers some who live in the central district – especially at Rosenthaler Platz. While “control” seems to be the goal, through actions like enforcing strict Sunday closing hour controls, alcohol is squarely to blame. Will Mitte’s ‘nightlife’ move back up to Prenzlauer Berg? We admit to having a few more favourite spots on good ol ‘ Pregnancy Hill anyways.

Poor but more expensive Incomes in Berlin are rising much more slowly than in other parts of Germany, with a report published Wednesday showing the enormous wealth gap between the Hauptstadt and other parts of the country. The capital is doing especially poor fairing against other big cities like Munich. Berlin ranked 11th among the 15 largest German cities, according to a study by the Hans-Böckler-Stiftung’s Institute for Economic and Social Sciences (WSI). What is worse, the rapid increases in rents consumes a large part of the wages, which Berliners consider much bigger problem than stagnant incomes.