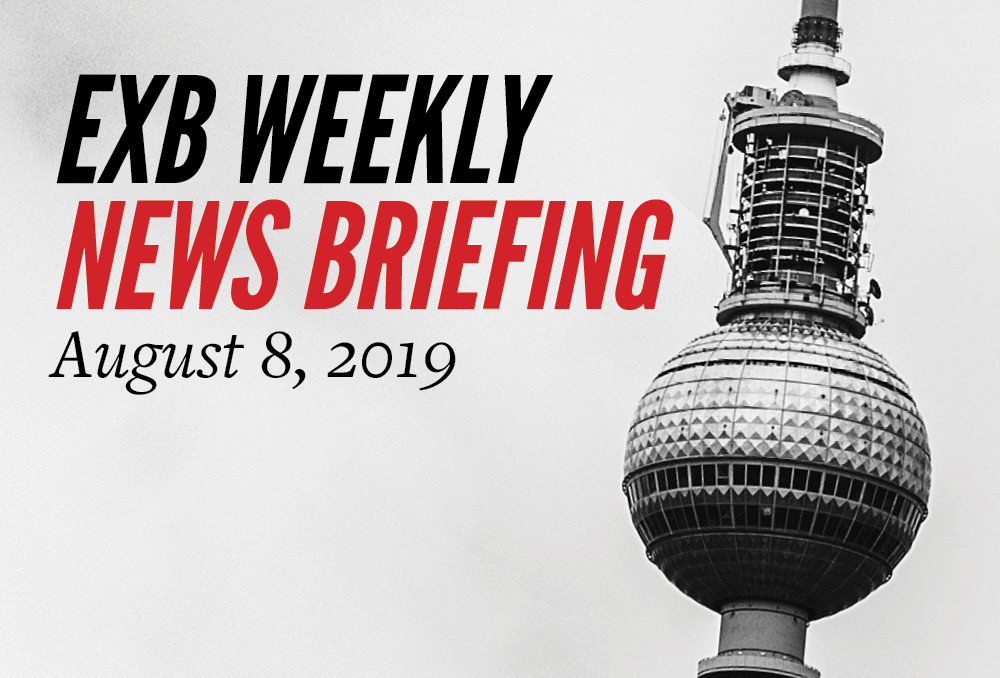 A weekly round-up of news stories that piqued our interest or made us scratch our heads. This week: Berlin cops and gender diversity, the Greens propose Touri-tickets, a bike path goes down the drain and Neukölln fights its dirty problem…

Neukölln vs. litter Neukölln Mayor Martin Hikel is getting stinking mad about the litter in his district and proposed some drastic measures on Thursday to fight back: doubling or tripling fines simply for littering. That may not be so scary but offences carry varying fines, for example dumping a car tire on the sidewalk will jump from €75 to €250. Think twice before throwing your cigarette butts on the ground, people.

A ticket to ride for Touris The Grünen are looking for new ways to finance the rising costs of the BVG. One idea? To require tourists to buy public transport day passes. The price is still being discussed, however. Still, it may not be a reason for your visiting parents to flip out. The idea is that tourists would be required to buy day tickets at a lower price than the current €7, instead of being allowed to ride on single tickets (€2.80). Not something mum or dad would grumble about, but the plans estimated to bring in an extra €150 million per year. How exactly it’ll be enforced is a little vague. Ticket controllers doing passport checks?

Bike lane greenwashing Bike safety is the eternal issue in Berlin and at the end of last year the Berlin Senate started testing green-coloured bike lines in an effort to improve the situation. But the city should should be careful about when they plan to lay down the paint, since the granulate paint was found to bleed onto car lanes after heavy rains last Friday near tram stop Am Frankfurter Tor. The fallen rainwater turned green and spilled into the auto lanes, leaving an abstract mix of green on both sides of the white markers. Whether this was an accident or the Green senator’s ingenious plan to get cars off the streets faster, we don’t know.

Tegel tech The Berlin Senate decided on Tuesday what to do with Tegel Airport after it closes after BER opens (if that ever happens) – give it a €365 million for the redesign to turn it into a new campus for the Beuth University of Applied Sciences, congress rooms for a start-up and innovation centre and accommodations for a technology centre with laboratory facilities. The plans also consider apartments for 10,000 people. Remember the days when Berlin’s unused buildings would just be turned into nightspots?

Die Polizei: There for him, her and more Even the police are getting with queerer times as they will provide an option for people to specify their gender entry as “diverse” in the future when such information is needed from a citizen. The Bundestag decided on the new gender option in mid-December of last year, however, the registration of the category is currently still unavailable because the federal criminal agency can’t yet process this category in their system. Sounds like they need a unicorn in tech to help them out.

Berlin airports bursting at the seams There are definitely enough tourists for that Touri-ticket (see above) to bring in money: the number of tourists just flying in has gone through the roof, with a 2 percent increase in the number of travelers flying in and out of Tegel and Schonefeld airports compared to last year’s summer holidays. Tegel airport alone had a record high of 3.4 million travellers.