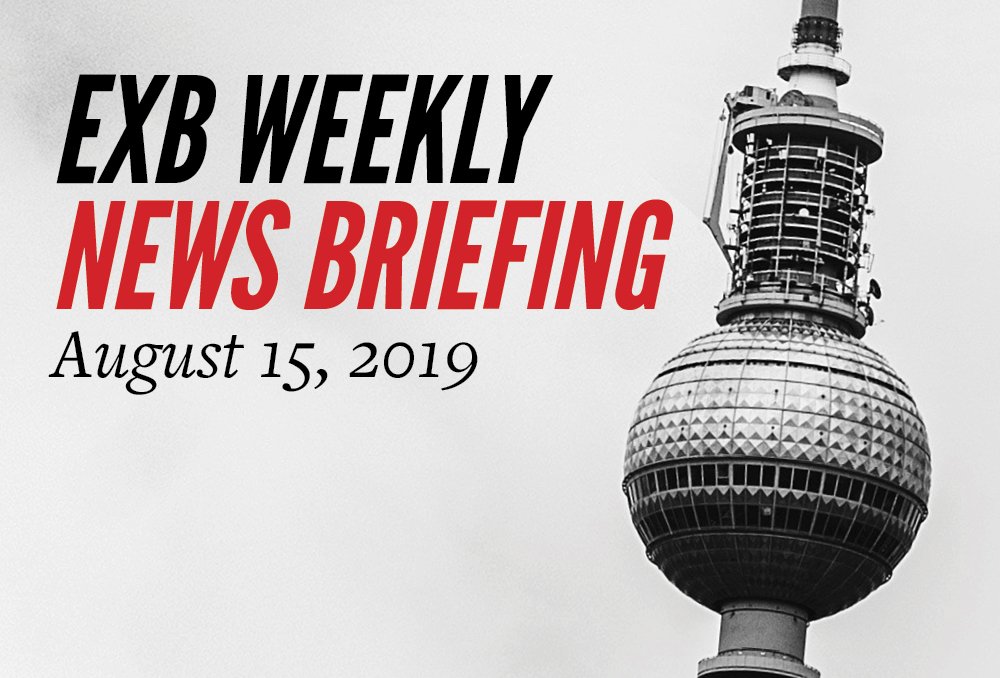 A weekly round-up of news stories that piqued our interest or made us scratch our heads. This week: Berlin among most surveilled cities, trash-collecting tours, Ora 35 closes, opening hours for Görli, new Panda Kinder and more…

Big Brother’s watching you, Berlin This may come as a surprise to privacy-anxious Germans, but Berlin is second only to London in terms of CCTV surveillance in Europe, according to a list compiled by online publication Comparitech. In a rundown of the top 20 cities, London and Atlanta in the US made the top 10, but Germany’s Hauptstadt still made it in with 11.18 cameras per 1,000 people, almost as many as Moscow. It’s much less of a shocker that the other eight cities in the top 10 are all in China. Either way, Berliners, you’re not alone – there’s most likely a camera around somewhere.

Trashy tourists Here’s a novel idea… have tourists collect the trash amassing in the parks at night. The districts of Pankow and Mitte have announced they would like to provide free tours, particularly around Mauerpark and Ernst-Thälmann-Park, that end with an hour of trash clean-up – the tourists are then rewarded with a picnic and a “gift”. You may be sceptical about the idea of people working during their hard-earned holidays, but similar programmes have already seen some success in Paris, Barcelona and other cities. The tours will start in August and September and be held in three languages: German, English and Spanish. For those tourists that take part… we salute you.

The end of an Ora After 20 years on Kreuzberg’s Oranienstraße and being a serious part of its Kiezkultur, Ora 35, the Späti belonging to 57-year-old Zekiye Tunc was closed on Wednesday morning. The lease was terminated in 2016 but the final court ruling was only enforced now, despite months of Kreuzbergers protesting in favour of the Späti. It’s a bitter ending for an establishment in a neighbourhood where just over a decade ago, SO36 bleibt successfully saved the centrepiece of rough-and-tumble Kreuzberg 36. That protest hopefully wasn’t the last display of great Kiez solidarity.

No locks on Görli For a brief moment, it seemed like the fun was over: The Senat’s latest idea in the ‘war on drugs’ and violence in Kreuzberg’s Görlitzer Park was to shut it down. That’s right, they wanted to close the park from 10pm to 8am. According to Torsten Akmann (SPD), this is the prime time for crime. But the district was against it and Senator Geisel backpedaled on Thursday saying drug crime will continue anyway as long as there is a market. We’re not for locking the park up, but maybe Görli should look into those clean-up tours now, too.

New black-white addition to Berlin Zoo Rumours about Panda lady Meng Meng’s pregnancy have been going on for around four months. The last ultrasound has indicated some significant hints that make the panda offspring quite possible. In any case, that’s what the zoo director said at a press conference on Wednesday. Is Berlin about to receive a new Knut (Berlin’s last celebrity animal friend) from the Far East?

The UK hands over hard new customs With a Hard Brexit on the horizon, courtesy of new UK Prime Minister Boris Johnson, come a lot of headaches, including for the German custom offices, who have decided they need to fill 900 jobs to cover all the extra post to go through the Zollamt. All postal deliveries from non-EU countries have to go through there, and chances are after October 31, the UK will be counted among those countries. Should we tip our hats to Johnson for job creation… German job creation?

Girl’s voice ends up in court Berlin’s oldest boys’ choir, is facing court after being accused of gender-bias for rejecting a girl applicant and violating Germany’s constitution. The nine-year-old girl auditioned in April but was rejected. The law states that gender-separation is acceptable as long as everyone is provided with the same opportunity, but the girl’s mother claims her daughter wouldn’t get comparable training at the partner girls choir Berliner Singakademie. What do you think? Is it still acceptable to have separate boys and girls choirs? Separate anything? Let us know in the comments.