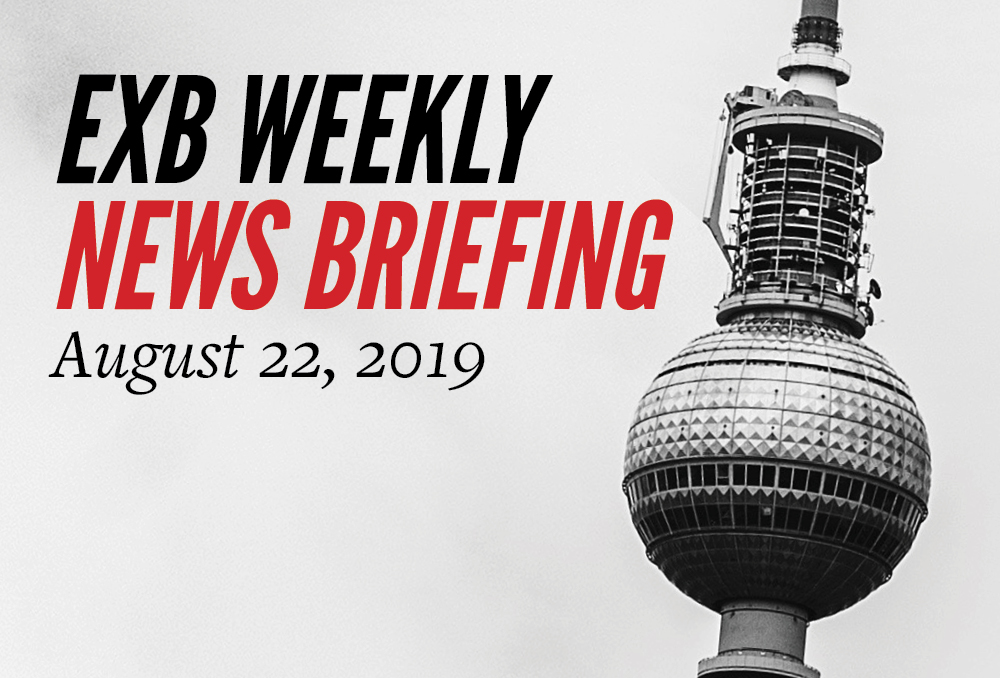 Hot in the city! Berlin is in for one more hot summer weekend. With temperatures rising through early next week, the 30-degree mark will most probably be cracked by Saturday, according to the German Weather Service (DWD). Don’t miss out on this one, since it might be the last of its kind for this summer season. However…

Blue about the Spree If you were planning to beat the heat by jumping in the Spree, don’t, the annual Spree-swimming from Flussbad Berlin planned for Sunday was cancelled on Wednesday again this time due to dangerous blue algae! Sunday’s race was already a  replacement date which was originally supposed to take place on June 16 but fell into deep shit when heavy rain caused sewage overflow. Badeschiff is as close to Spree swimming as anyone’s getting this summer.

The Berliner Polizei really want to be your friend (and helper, too) Berlin’s police are on the PR offensive with a new campaign named “Wir können Hauptstadt”. The €200,000 image boost includes a poster series and 40-second video clip (which will soon be running in cinemas) as announced Monday by police chief Barbara Slowik. You can see some of the posters in the link, but our favourite slogans are: “Kann Früh, Kann Späti” and “Kann Zehnfinger, Kann Langfinger”. Do you like them more yet?

The Mietpreisbremse is here to stay Germany’s rental price blocks were introduced and have been in effect since 2015, but on Tuesday, the Federal Constitutional Court in Karlsruhe ruled that the rent protections are A-Okay saying it neither violates the guarantee of ownership, the freedom of contract or the principle of equality. Bottom line: renters can seriously relax… for now.

The vilest of labour markets in Berlin On Wednesday morning nearly 2000 civil servants and federal police began searching more than 100 apartments and businesses in Berlin on a grim suspicion: human trafficking for labour exploitation, among other things. The investigation checks were based on the case of six main suspects all working in a construction company.

Keep your stuff Berlin The days of Berlin being a paradise for finding objects on the street – be it furniture for your flat or something for whatever art project you’re working on – are pretty much gone. But that fate was truly sealed with a new €500 fine catalogue from the Senate Environmental Administration, hiking fees for environmental ‘sins’ massively. The highest fine goes to the incorrect disposal of fluorescent tube lights and monitors which can be charged with up to €10,000.