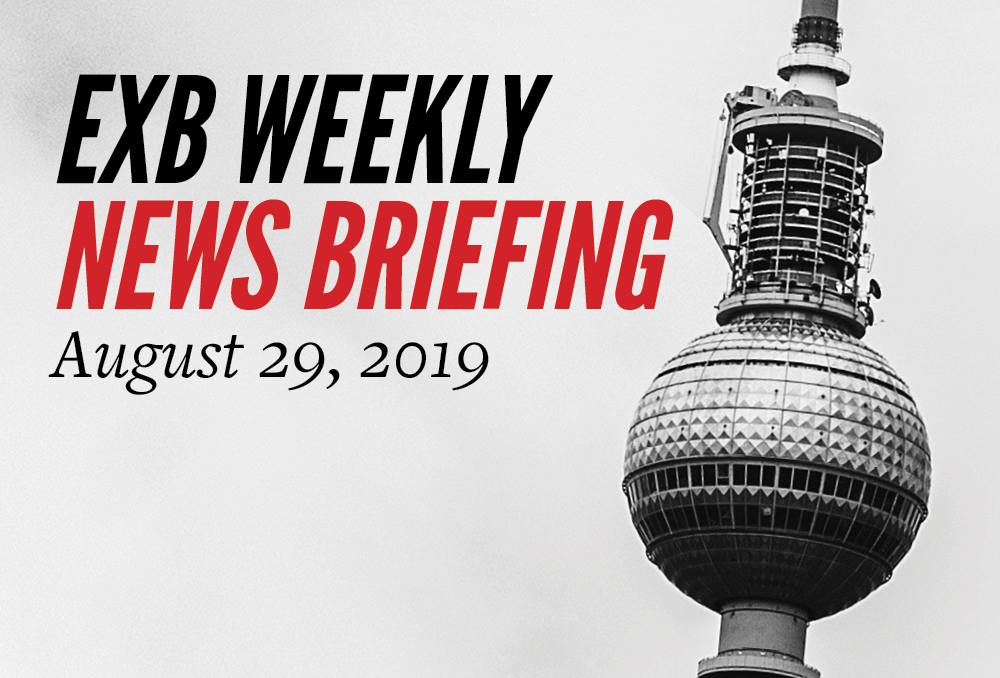 Biking towards an extra break The city is considering granting another vacation day – but only for employees who cycle to work. Berlin’s Grüne representative Stefan Gelbhaar’s proposition for the extra holiday is backed by research that cyclists tend to have one sick day less because their immune system is propped up by the daily exercise. Just don’t crash while trying to earn that extra day off.

Police against the racial profiling proposal Berlin police are resisting a newly proposed bill forcing them to offer proof upon arrest that their decision to intervene was not race related. Speaking out against Grüne judiciary senator Dirk Berendth’s bill, the Bundespolizei warn it will limit their ability to work efficiently. Seems a bit contradictory given their recent re-branding campaign hoping to convince us that actually the police are our friends and helpers.

Messages for the Mauerfall What’s your hope for the future of the formerly divided Hauptstadt? Don’t worry, you don’t have to say it out loud… Berlin wants you to write your hopes down, send them in and weave them into net of 30,000 other dreams that stretches a 100 metres along Straße der 17. Juni starting at the Brandenburg Gate in a project called Deine Vision im Himmel über Berlin. Planned as part of the 30 year anniversary of the Berlin Wall, Berliners can already send them in starting August 31, but catch them flying high from November 4-10.

Hating on the e-scooter craze Carelessly strewn e-scooters are causing enough distress people are already organising protests. The association for blind and visually impaired individuals (DBSV) demonstrated on Wednesday in Alexanderplatz against the danger e-scooters and their “reckless” drivers pose daily. The DBSV also highlighted the impact of the devices on other vulnerable members of the community, including the elderly and wheelchair-users. The fight for Berlin’s streets is charging up!

Over-worked Berlin Berliners racked up a staggering 58 million hours of over-time during the fiscal year 2018, more than 31 million of which was unpaid. It was a win for their employers who are calculated to have gained up to €782 million in revenue. Unsurprisingly, it was pointed out that many employees did not work more out of good will alone and the report draws particular attention to the gastronomy sector, where €450 Minijobs are widely common and extra hours are still an expected and exploitative reality. Well Berliners, all work and no play…

Shower on wheels… ladies A shower ‘caravan’ is hitting the streets to help homeless women practice personal hygiene. Inspired by a similar initiative in Paris, the mobile bathroom was built by entrepreneur Matthias Müller who bought a bus and spent nine months transforming it into a four square metre unit including a sink, shower and toilet. It’s also wheelchair accessible and offers private areas for when multiple women are using the facilities. Puts a different spin on clean living!