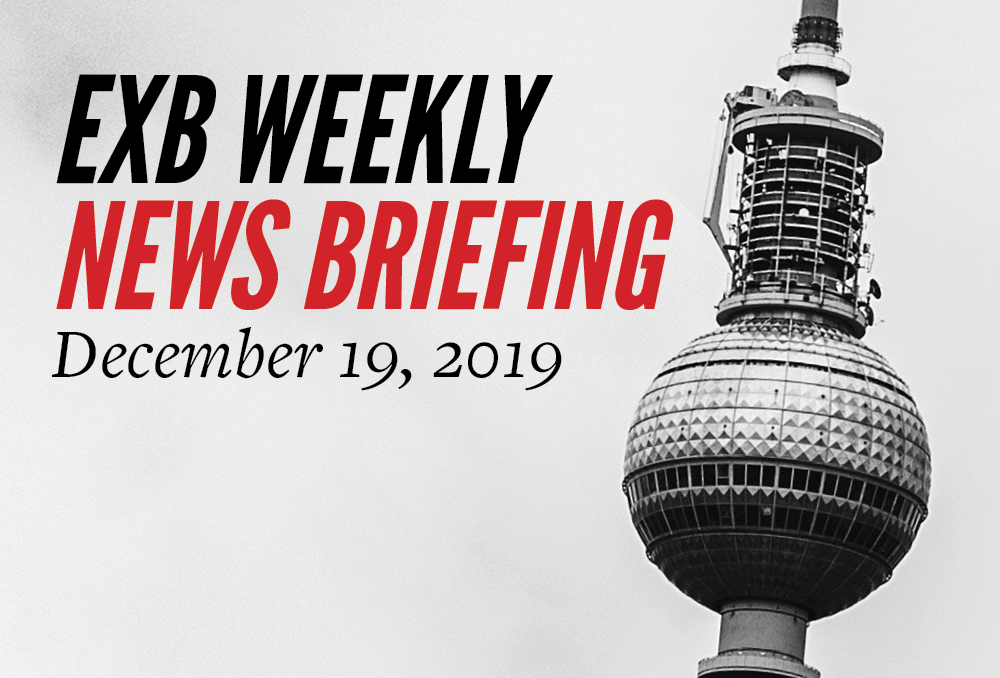 Short break to Damascus anyone? Syrian airline Cham Wings has announced they will begin a Damascus-Berlin operation beginning this month, despite German flight authorities saying they have received no such request to do so. One of only three airlines in Syria, Cham Wings offers its passengers “travel without limits” – let’s see what the Luftfahrt-Bundesamt has to say about that!

Jailhouse high Berlin’s prisons are full of drugs – who’d have thought it. Figures released this week by the judicial administration show more than a thousand grams of cannabis was seized in JVA Heidering in the year up to September 30. Other common drugs in the Berlin prison system black market are Subutex tablets (for opioid addictions), mostly found in Moabit prison, and cocaine, mostly in Tegel prison. Some 766 mobile phones were also confiscated across city prisons during the period, the majority of which were found in JVA Heidering.

Secret grave of notorious SS officer opened The unmarked grave of the infamous SS officer Reinhard Heydrich – a high-ranking Nazi official killed in 1942 by Czechoslovak agents – was opened at its Invalidenfriedhof location last Thursday. Although no bones were stolen, police are continuing to investigate the case. The graves of prominent Nazis are unmarked to prevent sympathisers turning them into shrines; it is therefore believed that whoever tampered with Heydrich’s grave must have had insider knowledge.

Anarcho-feminists storm Deutsches Theater The premiere of Rene Pollesch’s (Life can be sweet) Donna at the Deutsches Theater on Saturday was preceded by a protest by the anarcho-feminist queer housing collective Liebig34. The collective, who are facing eviction from their Friedrichshain project, stormed the bar with banners and sang songs before the performance to demonstrate against the city’s rising rents. Fittingly, Liebig34 count Donna Haraway, whose theories form the focus of Pollesch’s play, as one of their supporters.

Felling for Future! Berlin lost 2000 roadside trees during 2018, taking its total down to 431,000, as districts were forced to fell them due to concerns they were damaged and could endanger road users. However, a lack of budget for tree care and replanting has also been blamed. The district office of Pankow – with 42,753 trees – says €4M is required to secure its roadside trees, nearly five times over the annual budget.

Hells Santas? On Saturday some 200 Santas, elves, angels and reindeer rolled out on festively decorated motorbikes to deliver food, clothing, washing powder and other supplies to a homeless shelter in Neukölln. The deed was sparked by a bet between Neukölln District Mayor Martin Hikel (SPD) and a supermarket owner in the Kiez who agreed to donate €1000 to the emergency accommodation if Hikel could mobilise at least 50 people to take part in the action – reportedly he was happy to lose the wager.