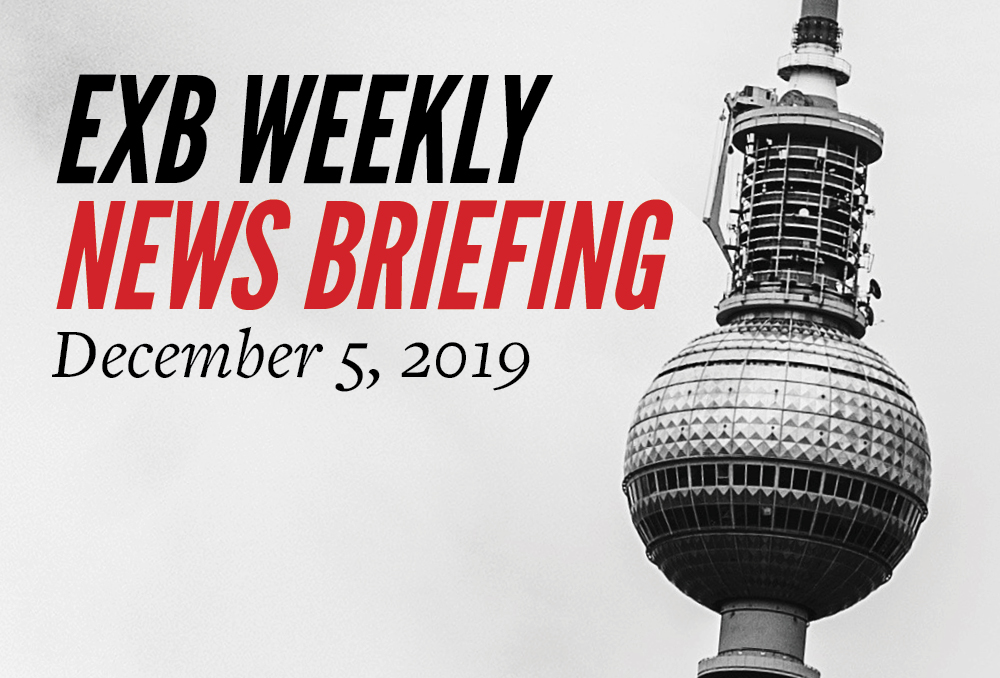 Pay rise for state-employed Berliners! Next year the state hourly minimum wage for Berlin is set to rise sharply to €12.50 per hour – €3.50 more than the anticipated figure. Beneficiaries of the new wage will include those working in public administration, institutions receiving public funding and those participating state-financed programmes.

Germany’s education ranking drops The latest PISA study comparing the educational standards of 15-year-old pupils in 79 OECD countries shows Germany, instead of improving has dropped in literacy, sinking to 2009 levels, as well as in maths back to 2012 levels and in science it plummeted to 2006 levels. The study, which was conducted in 2018, analysed 5451 German schoolchildren at 226 schools. Coming in 20th, the country performed similar to its British, French and US counterparts, but is preceded by countries like Singapore, Estonia and Poland.

Checkpoint Charlie development plans The Berlin Senat’s red-red-green coalition has finally agreed to a plan to develop the area surrounding the old Checkpoint Charlie border crossing. The 1.3-hectare area will include a city square, cold war museum and around 300 apartments.

GDR metals stolen in Stasi Museum raid Thieves smashed their way into the first floor of the Stasi Musem on Saturday evening, making off undetected with several pieces of prized jewellery on display. Amongst their spoils, the raiders managed to bag an Order of Karl Marx, the highest honour bestowed to loyal citizens of the GDR, and an Order of Lenin. The overnight offensive comes after a diamond heist at the Green Vault museum in Dresden’s Royal Palace last month. We double-checked: the socialist order does not sport glittery precious stones.

Four-tonne pillar of human remains at the Reichstag The notorious Zentrum für Politische Schönheit has placed a mammoth four-tonne 2.5-metre high pillar filled with human remains collected at 23 concentration camp sites in Germany, Poland and Ukraine in front of the Reichstag. The artist collective, founded in 2008 with the aim of drawing parallels between National Socialism and human rights violations in contemporary Europe, intends to alert Germans to the dangers of the far right.

BER airport: is it really set for take-off? A new date of October 31, 2020, has been announced for the opening of Berlin’s new airport this week. Still a whole nine years after the originally planned date when construction began back in 2006. We’re not holding our breath!