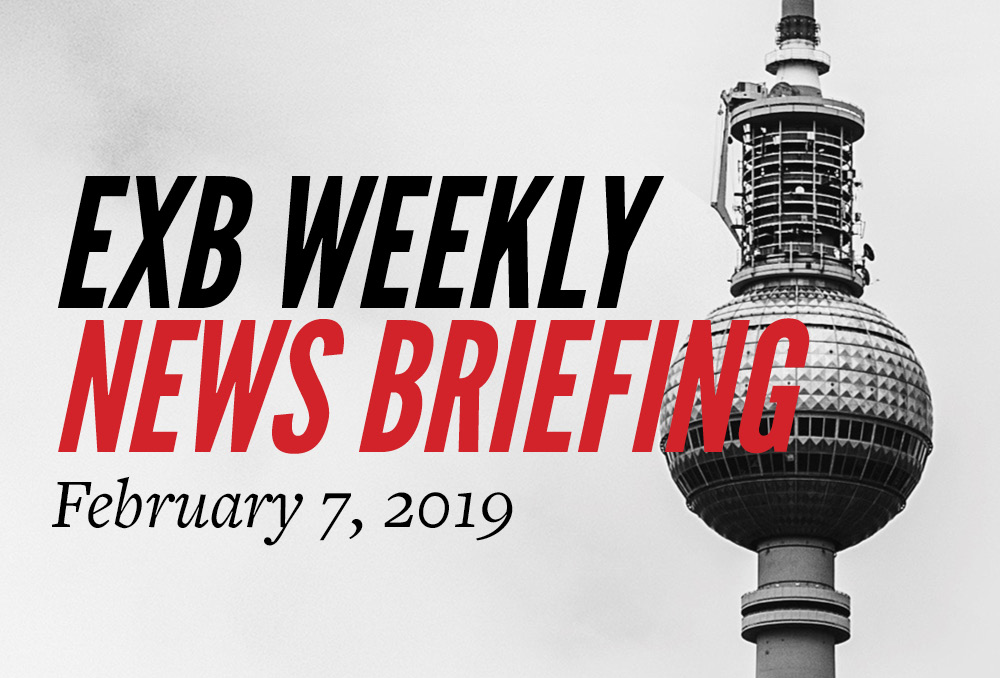 A weekly round-up of news stories that piqued our interest or made us scratch our heads. Berliners burn Bezos Amazon’s woes don’t stop! Someone has been systematically lighting Amazon transport trucks on fire with a third company vehicle found in flames early Thursday morning in Friedenau. It’s the third incident in a string of suspected arsons against the shipping mega-corporation across Berlin over the past few weeks. Pro-choice progress Access to abortion services in Germany may get a little less complicated, thanks to a suggestion made on Wednesday by Angela Merkel’s cabinet – a suggestion which would walk back the definition of ‘advertising’ abortions to exclude the sharing of information on abortion. It may sound silly, but with the reform doctors would be able to simply list on their websites whether they provide abortion services at all. We’ll see if the reform gets passed – at this point it’s still in gestation. The last German refugee Tuesday marked 30 years since the last murder of an East German citizen trying to flee from the GDR to the West. The Berlin Wall Foundation held a ceremony on February 5 to commemorate Chris Gueffroy’s tragic death. This won’t be the last commemoration this year though, as the Berlin Wall fell a mere nine months later. New mates for Valentine’s On Tuesday Berlin’s zoo welcomed their new alpha male gorilla, Silverback Sango – here to charm the gorilla ladies following the zoo’s last gorilla’s failure to perform… resulting in his relocation. The zoo reports that Sango is chill and relaxed and is settling in well. Meanwhile the Berlin Aquarium welcomes two new blacktip reef sharks into their fold, Elke and Susi from Leipzig, as companions for sharks Hugo and Heike. Dresden bound… eventually  Construction on the long-suffering (like, decades of  suffering) Dresdner Bahn – a rail project aimed at slashing travel time between Berlin and Dresden, as well as farther-flung destinations like Prague and Budapest – finally launched on Tuesday and is set to be completed in… 2025, according to Deutsche Bahn. But hey, they’ve at least started. Rail officials report that the line will also cut travel time between city centre and the equally-delayed Berlin-Brandenburg City Airport… due to open five years earlier in 2020. Riiiiiight… A messy morning for the Brazilian Embassy Remember last week’s Amazon attack? Well, the next day, the Brazilian embassy got it, too, as at least four attackers broke windows and threw pink paint and eggs at the building. The attack caused around €100,000 in property damage. Police are investigating links with the Amazon attack, and federal investigators suspect it could be linked to the recent election of far-right President Jair Bolsonaro. Brazil… the Amazon… we’re also sensing a theme here. Alex’s unlikely commuters Surprised by Berlin’s lucky escape from the polar vortex? You’re not alone. Alexanderplatz’s S-Bahn station building is now home to around 30 starlings, estimates Senate wildlife expert, Derk Ehlert. Migratory birds by nature, the warmer winter in Berlin has tempted them to stay in the city throughout the gloomy months. Joyriding on the S-Bahn, hunting for scraps, or perched on speakers, these birds mimic the sounds of the station and create a dynamic soundtrack for the morning commute. International Women’s Day naysayers The decision to make International Women’s Day in March an official holiday (cause for celebration, as far as we’re concerned) has wrought unforeseen havoc on a number of services in Berlin, it was reported on Sunday. Complainants against short notice of the announcement include the chronically overloaded courts, who’re struggling to reallocate appointments, as well as a number of schools that set their entrance exam for this date. Not to mention the estimated €160 million loss to the economy. None of this is set to actually derail Women’s Day though.