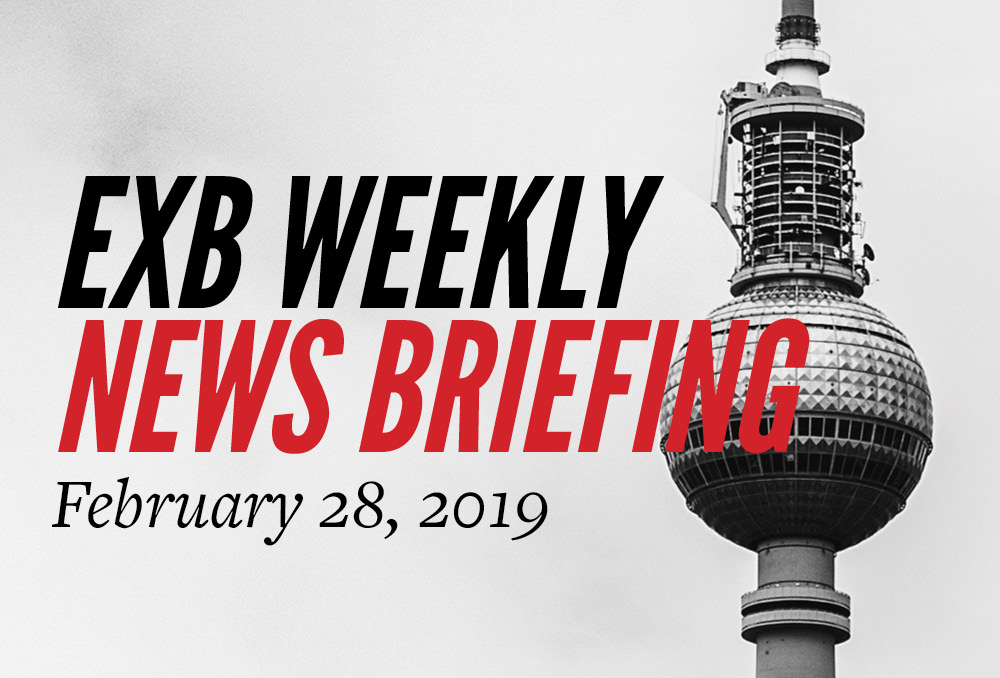 Spring… is that you? Berlin reached a ‘sizzling’ 17 degrees on Wednesday, making it one of the warmest winter days on record in Germany. According to the national weather service DWD, the end of winter has been particularly mild and dry, with Berlin being the driest of all German Bundesländer. But don’t throw out your puffas just yet, because we’re due for a chilly start to March according to the European forecast centre ECMWF.

Woop-woop, that’s the sound of da police statistics This Wednesday, Berlin’s police force presented their official crime statistics for 2018. While theft is on a general decline (pickpocketing, in particular, has fallen by 26.2 percent), elsewhere things aren’t looking too rosy. Sexual offences continue on their steady incline – with 4181 offenders reported last year, 96 percent of them men – and the number of drug offences is the highest it’s been in a decade. Above all, the police recorded a 17 percent rise in possession of and trade in cocaine. Watch out ecstasy, it looks like Berlin’s got a new party drug preference.

Bye-bye Ausländerbehörde Berlin’s old immigration office will be dissolved and re-founded as a State Office for Immigration, it was declared on Monday. Currently part of the Landesamt für Bürger und Ordnungsangelegenheiten (Berlin’s office for citizens’ affairs), it will become an independent office with 430 employees. According to Interior Senator Andreas Geisel the goal is to develop a “real welcome authority”. Official Willkommenskultur at its best.

Mother-daughter monkey escape act Two fugitive monkeys have finally been returned to Berlin Zoo after escaping from their newly redesigned house last Thursday. Six-year-old Philippa was found near the house on Saturday, but despite a 40-strong search party and multiple weekend sightings, her 17-year-old mother Obi was only recaptured on Monday at Biesdorf S-Bahn station. Amidst speculation that the duo were displeased with their new enclosure, we suggest Berlin Zoo hire a better interior designer to prevent more houdini impersonations.

Ladies to the front Berlin’s political parties are in talks to implement a parity law, equalising the number of men and women in the House of Representatives, it was confirmed on Saturday. The current proportion of women in the Abgeordnetenhaus is just 33 percent, with conservative parties being the greatest culprits: women take up just 9 percent of the AfD, and 13 percent of the CDU. By contrast, they make up 59 percent of the Greens and 48 percent of Die Linke. The law has the potential to seriously rock the boat among Berlin’s political parties, if implemented in time for the 2021 elections.

A nip and tuck for miserable Mona Shortly after completing the expansive mural of the Mona Lisa on the side of the East Side Hotel in Friedrichshain on Saturday morning, the painters had to resurrect the dismantled scaffolding and give poor Mona a facelift, amidst fears her sagging cheek made her look like she was “sucking on candy”. At 16x11m, she is currently the largest replica of da Vinci’s Mona Lisa in the world – we guess unfortunately that scaling 170sqm still doesn’t exempt you from society’s beauty standards.