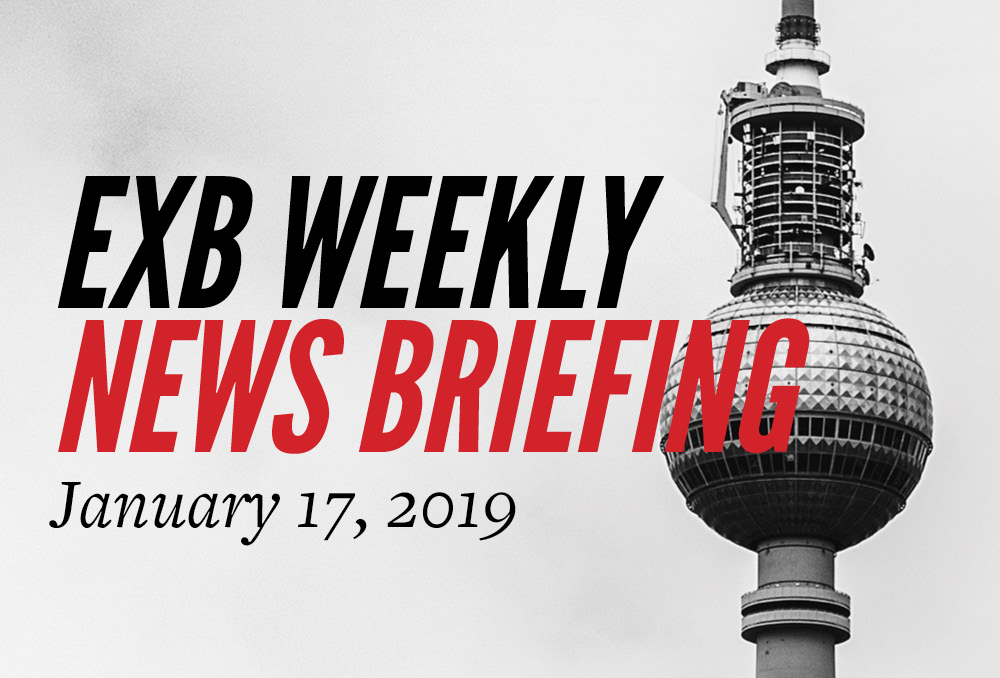 A weekly round-up of news stories that piqued our interest or made us scratch our heads. Get by with a little (more) Kältehilfe After the death of a homeless man at Moritzplatz on Sunday morning, the Berlin Senate announced on Wednesday that it is going to expand the Kältehilfe service to two more U-Bahn stations. Heated containers will be set up at Moritzplatz, and commercial premises will be used as warming houses (Wärmestube) in Lichtenberg. There, homeless people will be able to drink tea and warm up before spending the night in the station. Broken English calls curtains From marmalade to Marmite, Broken English has been sorting out homesick Brits in Berlin for 24 years, but the beloved store have finally called it quits following Brexit uncertainty. While owners Dale and Robin had been planning to retire, the referendum result was the final catalyst for selling – and ongoing Brexit negotiations mean new owners aren’t forthcoming. It’s a bird… it’s a plane… nope, it’s germs Three Eurowings and Easyjet air planes flying from and to Berlin were examined on Tuesday and the results are beyond just a germophobe’s nightmare. Dangerous pathogens that lead to urinary tract or lung infections were detected on armrests, folding tables and the toilet flush. It is believed that the reason behind the lack of hygiene is too little downtime on the tarmac for planes and consequently too little time for a proper cleaning. Hand sanitizer should be your most treasured travel companion from now on for sure! Call to Brits! This Tuesday Berlin Interior Senator Andreas Geisel called on Brits living in Berlin to secure their residence status asap (though March 29 is the official cut off). Residents can submit their application online and print out the confirmation as proof – a free service available only to British citizens living in Berlin (roughly 18,000).  Under pressure A new representative study showed on Tuesday that Berliners feel more stressed than the rest of Germans. The report titled “Good Work” for which 1000 Berliners from different sectors and between the ages of 15 and 64 were surveyed, was commissioned by the Senate in collaboration with the German Trade Union. The results show that 55 percent of respondents are often rushed and under time crunches, and 30 percent of employees said the quality of their work suffers due to the workload. That laid-back lifestyle seems more and more myth than we may want to admit. taz-attack A member of the editorial office of leftist daily newspaper Tageszeitung (“taz”) on Friedrichstraße was attacked on Monday morning. A group of at least six people from the far-right Identitarian Movement were putting up posters and handing out pamphlets. When the taz employee came out of the office to investigate the matter, she got physically attacked by a member of the group.