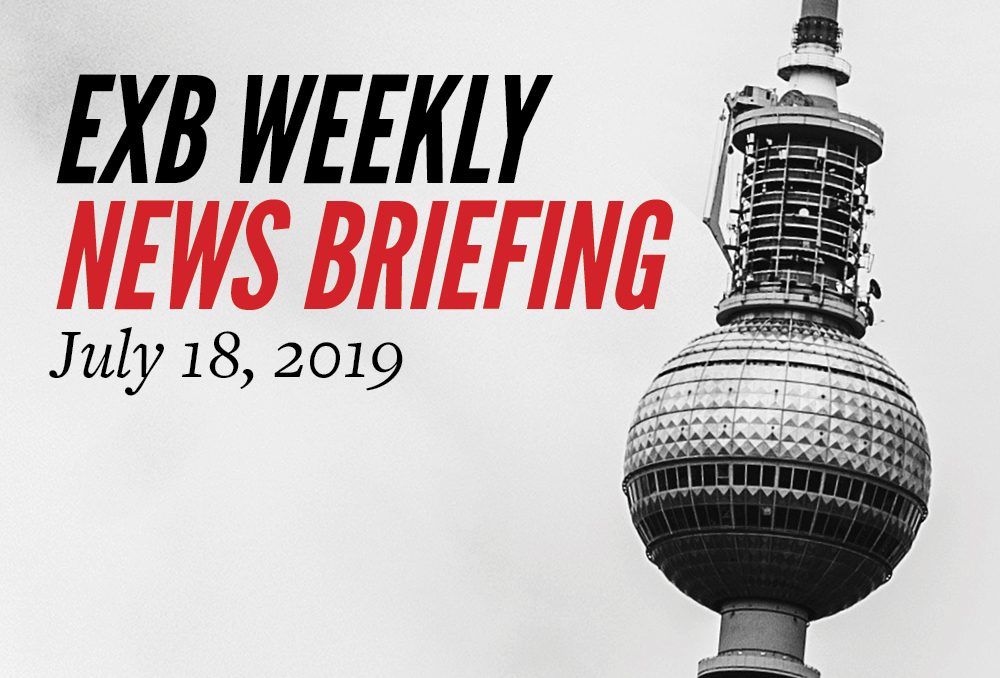 A weekly round-up of news stories that piqued our interest or made us scratch our heads. This week: The police look into rightwing activity, solidarity income goes into effect, the Späti wars continue and more… The police look right The left have always accused the police of being a little too right(wing), but the Berlin police department is investigating that claim on its own, looking into rightwing acts and attitudes in their own ranks and installing a database to record occurrences. Now there should be countermeasures, as being announced by the police chief Barbara Slowik this morning. The plan includes an intercultural- and stress reduction-training, more psychological support and to debate is also a stronger rotation of the policemen between the different guards. Will they eventually be “Da für Dich”? Incoming ‘Solidarity’… with work Berlin’s model project for solidarity basic income has now begun! Starting this past Wednesday, state companies and social institutions can register jobs for the project, which doles out €10.49 an hour to unemployed people who take these positions. The BVG has already announced their participation, along with 49 companies. The idea came up two years ago by Michael Müller’s and has been discussed since, aiming to show alternatives to Hartz IV, and now has the state financing 1100 unemployed jobs in the non-profit sector. Silencing the Symphonie der Großstadt We all know the city’s noisy (any city really) and on Wednesday the city’s traffic administration drafted a plan to reduce unpleasant disturbance after it was revealed that 340,000 Berliners are being exposed to the noise that exceeds the “healthy” level of 55 decibels at night. In the meantime, Berliners have been invited to have their say about the plan until the end of August. The Späti battle incurs casualties After it was announced that a ban, overseen by Labour senator Elke Breitenbach (Die Linke), on Sunday opening for Berlin’s Spätis will be upheld, it seems petrol stations are now being included to keep it fair. Gas stations that have mini-marts like the Rewe-To-Go are seen as violating law due to their large range of products – the law states shops may only be open on Sundays if they sell travel necessities and tourist goods, not full-blown groceries. But don’t worry, you can still get fuel for your Sunday escapes, it’s just their other sales will be limited to postcards and batteries. That annual €365 BVG ticket may cost everyone else That €1-a-day year ticket sure sounds sweet, but in order to fund it they be raising the price of single-use tickets, Mayor Michael Müller revealed on Monday morning. But the priority, according to him, is frequent BVG users, particularly those who would like to switch from driving private cars. The ‘Airbnb ban’ pays off Just in case you’re wondering whether the crackdown on illegal holiday flat renting put in place a year ago had any effect, it’s at least bringing in the cash. Fines were imposed on more than 250 hosts with €1.5 million being collected thus far, it was revealed Sunday. But no one’s resting on their laurels after that, individual Bezirks are still hunting down more suspected illegal holiday flats.