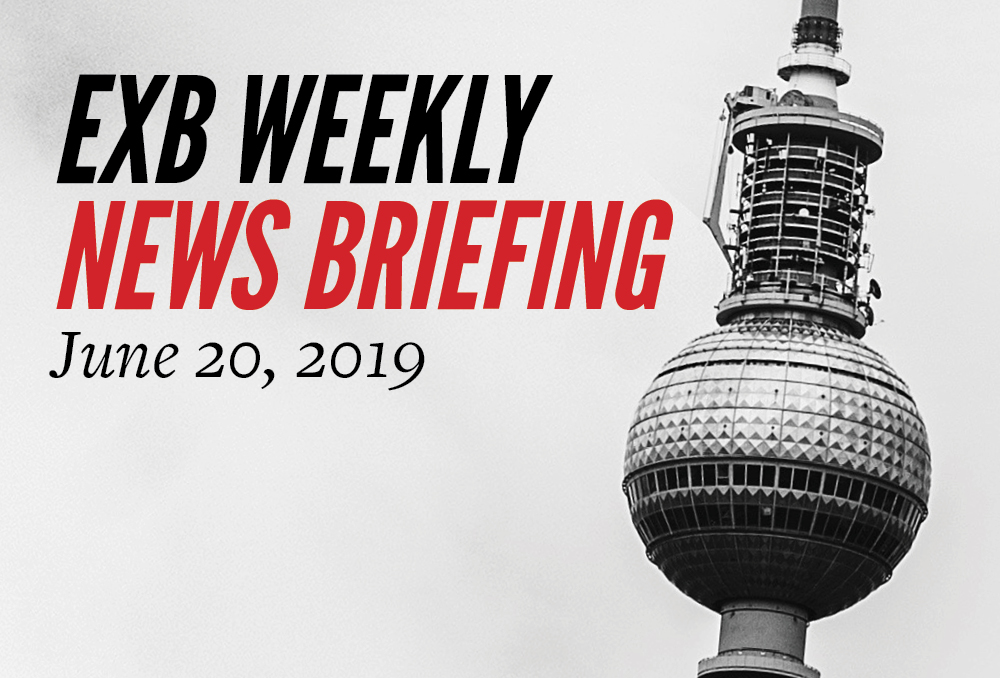 Köpenick gets a nod If the streets look more bustling than usual this Friday, it’s because 30-year-old Parisian tradition Fête de la Musique has musicians taking over every corner of the city (from the clubs to the streets)… this time spotlighting oft overlooked eastern district Köpenick. Here, it even starts one day early (Thursday, June 20) with free concert by Köpenick-native Romano. Does all this mean Köpenick could be the next Wedding?

Berlin’s gonna boil For those who’ve been suffering from the heat eariler this week… be prepared! Hot air from Morocco and Algeria is predicted to push temperatures up between 35 and 41 degrees next week, meaning we risk busting Germany’s 1947 record high temp – 38.2 degrees! We’ve got one German word for you: Hitzefrei!

Rents are going to freeze! Berlin rents won’t be rising until 2025 – that’s what the Senate has finally decided on Tuesday as they voted in their contentious Mietdeckel. Time to pop a bottle of champage? It remains to be seen. For now, your average Berlin renter is left with some feeling of security, but the problem of housing shortage remains…

Visionary club down in flames… almost Early last Saturday morning, a fire broke out at Club der Visonäre, one of Berlin’s most iconic and beloved open-air spots. It almost completely burned down, but after the smoke subsided, it seems the main dancefloor has not been affected and the club will reopen. Hurrah! The fire broke out at the “Kisses from Tokyo” party with nearly 100 people. Luckily, nobody was injured – and the cornerstone of Berlin’s legendary nightlife wasn’t a casualty either.

The wheels on Friedrichstraße Round and round, round and round. And not your just your bike wheels. The brakes have been put on the plans for a cyclists’ dream future of Friedrichstraße. It was all about to be set in motion when the shopkeepers and businesses on the commercial street voted it down right after we sent out the news last week!