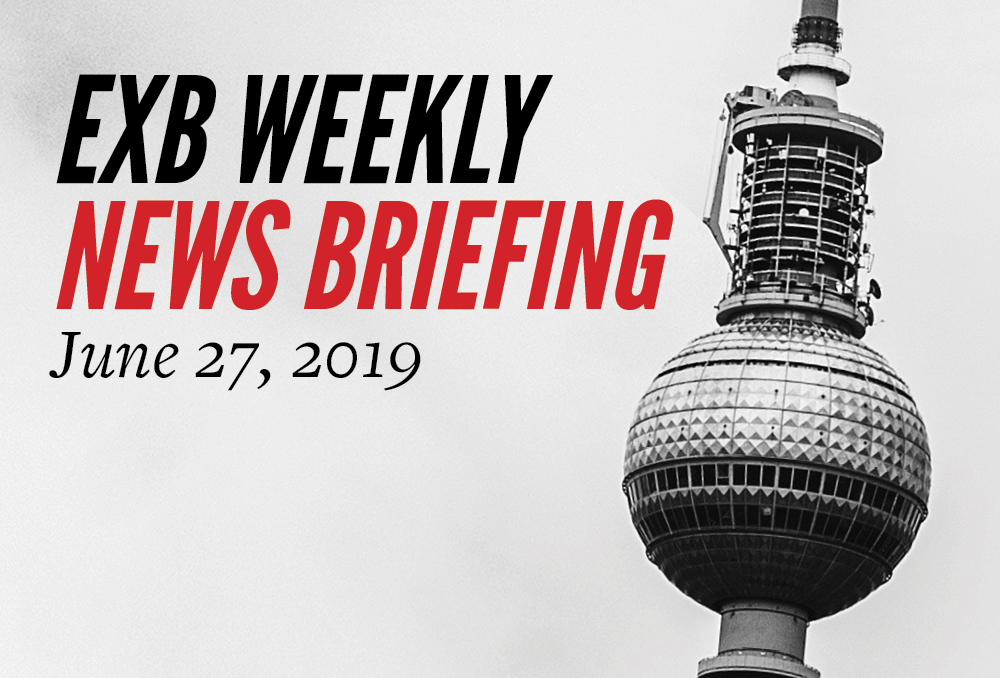 Getting hot in here The recent heatwave, called “Ulla” in case you were wondering, pushed up from the Sahara didn’t just burn you, but also Grunewald forest which was eventually extinguished. Temperatures rose up to 40 degrees this week reaching record numbers last breached 72 years ago. With the weather forecasts expecting 39 degrees for Sunday, heat warnings continue, alerting people to stay out of the midday sun. How are people dealing? On Wednesday, one Brandenburg scooter driver couldn’t take anymore and just went FKK…

Scooting towards trouble The long-awaited scooters have appeared in quantity on the streets of Berlin as of Saturday, but not to the delight of everyone. Besides many complaints by other road users, Police officers have already distributed the first fines (€15 to €30) for cruising on pavements. And the first accident happened Wednesday at the intersection when a car collided with one – the scooter driver suffered minor injuries. There’s plenty more on e-scooters to come, watch out in upcoming issues.

Sex box! For Kurfürstenstraße Complaints about the Straßenstrich on Kurfürstenstraße have been around for a long time, and now the city has a new way to address them: prostitutes are to be given separated cabins to carry out their business. The idea is to build garage-like sex walk-ins underneath the U2 at Bülowstraße to take sex work off the streets and provide a safe environment for prostitutes. We’re not quite sure how boxing women into dark garage-like settings is supposed to be safer, but hey, the neighbours don’t have to see it.

How good is that E? Soon Berlin clubbers will be able to have their drugs tested for safety, the Berlin Senate Administration for Health announced on Monday. Checks will be available for cocaine, ecstasy and LSD. The original starting date for the project was November 2018, however, it’s still unclear if the whole thing is legal. In Switzerland drug checking has already been around for 20 years, and Austria, Spain and the Netherlands have also adopted the concept. How much longer does Europe’s party capital need?

Sunny roofs for Berlin’s kids Solar panels for some of Berlin’s schools are in sight. The Berliner Stadtwerk has now taken on the task to build solar cells for primary schools, Oberschulen and other public buildings in Marzahn-Hellersdorf, Lichtenberg and Tempelhof-Schöneberg… other districts might follow. Eventually, they are supposed to obtain their energy predominantly from the sun. The reason this is being implemented for schools? The flat roofs of public schools are ideal for installing the panels. So far, 19 buildings have been selected for the project.