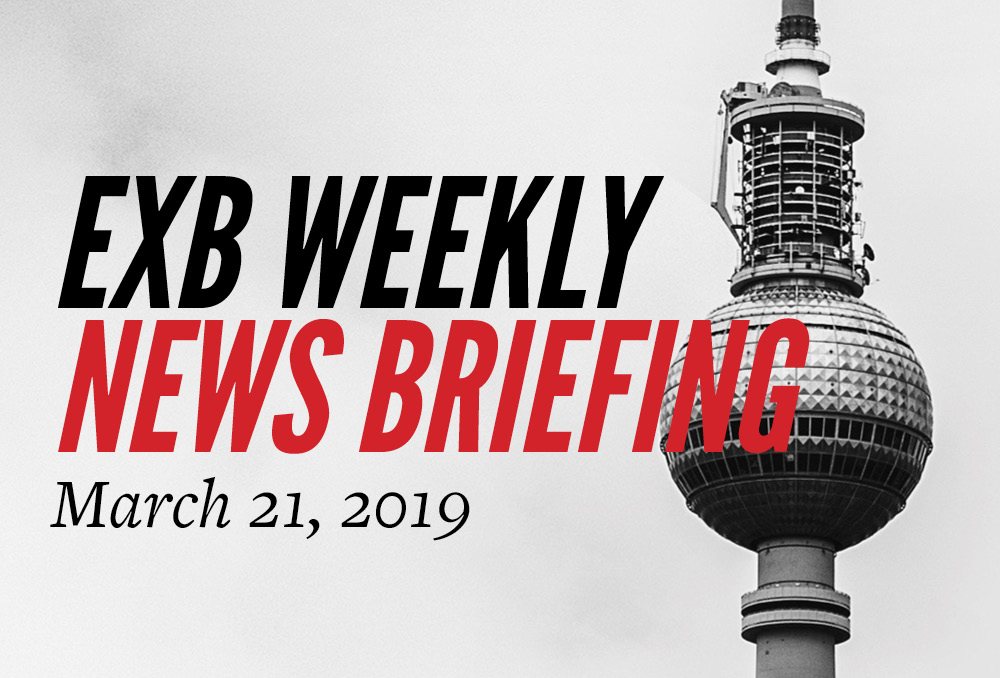 Get ready for Greta Eep! She’s here – Fridays for Future-founder and pint-sized eco-celeb Greta Thunberg is gracing Berlin’s chapter of the movement movement with her presence and hopefully some hard truths tomorrow morning. Catch her speak at Invalidenpark from 10:00am and join the striking kids as they march to Brandenburg Gate, if that’s your thing. You can learn why it should be your thing in our brand new April sustainability issue being delivered to newsstands as you read!

The decay of Berliner Dom? Berliner Dom needs to raise €1.6 million to rehabilitate its deteriorating facade and has released a nationwide plea for donations, it was announced on Monday. Soot, rain and exhaust fumes are eating away at the 100-year-old building, which has already been through its fair share of destruction, having survived bullets and bombing from two world wars. But cathedral architects say the Dom is not in danger of collapse, so whether Berliners will dig deep to save its exterior is a question of sentimentality.

Little house(s) for the homeless A new charity project is striving to solve the homeless crisis by building 3sqm homes for the homeless in Reinickendorf. Restaurant owner and CDU-Fraktion Reinickendorf member Norbert Raeder has raised €1400 through his restaurant Kastanienwäldchen for the building material – mostly wooden pallets – according to a report from Tuesday. One house on Stargardtstraße near the Schäfersee is now ready for its occupant, and two more are about to be built. If you feel like pitching in with the construction (and you’ve got tools and know-how), go to his restaurant, Kastanienwäldchen, Residenzstraße 109, on April 6 at 9am

Cycling safety gets sexist? The German Transport Ministry’s new, provocative marketing promoting bicycle helmets is dividing political and public opinion. Redolent of an early noughties-pre-MeToo glamour advert, the campaign features attractive young women (and a few men) in their underwear wearing bike helmets, along with the slogan “Looks like shit. But saves my life.” Many denounced the “sex sells” campaign as sexist, but the Transport Ministry has defended it, citing that only eight percent of bike riders aged 17-30 wear helmets due to aesthetic reasons. Clever target marketing or a faux pas to rival Kendall Jenner’s Pepsi advert?

Rumble on Alex Two rival YouTubers triggered a mass brawl on Alexanderplatz last Thursday evening. About 400 testosterone-pumped adolescents let their hormones rage on each other after two German Youtube rappers, Thatsbekir from Stuttgart and Bahar Al Amoodwere straight outta Berlin prompted them to meet up at Alexanderplatz around 5pm. Some of the rowdy rugrats were eventually pushed into the underground where they proceeded to jump down on the U-Bahn tracks to hurl rocks at the cops. We’ll just let that seep in. Surprisingly no BVG-related injuries.